A pooling of powers, a gathering of monsters, Stabbing are a new force in brutal Texan death metal formed by musicians with a wealth of scene experience, who cut their teeth with the likes of Flesh Hoarder, Scattered Remains and Nephilim Grinder. Together they have created a strike force that encompasses the very best of their chosen genre. Stabbing are armed, dangerous and ready to kill and debut EP Ravenous Psychotic Onslaught is an incredible first assault.

From the opening attack of ‘Splatter Pit’, where the band gorge themselves on speed and blast beats, to the menacing grind of ‘Gutted By The Beast’ which closes this collection with measured, pulverising heaviness, Ravenous Psychotic Onslaught is a master class in sonic violence. Stabbing have tapped directly into the pulmonary artery of brutal death metal, siphoning off its most vital elements; sickening grooves, oppressive, suffocating riffs, wicked hooks, terrifying vocals and finely crafted songs. Rarely has such utter extremity been carved into such memorable musical forms. Ravenous Psychotic Onslaught is a genre defining release which will surely usher in a career of supreme carnage for Stabbing.

Now aligned with Comatose Music the stage is set for Stabbing to begin their campaign of terror and on December 10th Ravenous Psychotic Onslaught will be unchained. This is the beginning of something bloody and beautiful…give yourself up to the knife!

Get yourself a first taste of the violence at Slam Worldwide NOW, where lead track ‘Splatter Pit’ is on the rampage!
https://www.youtube.com/watch?v=rmJd6aPzzmg 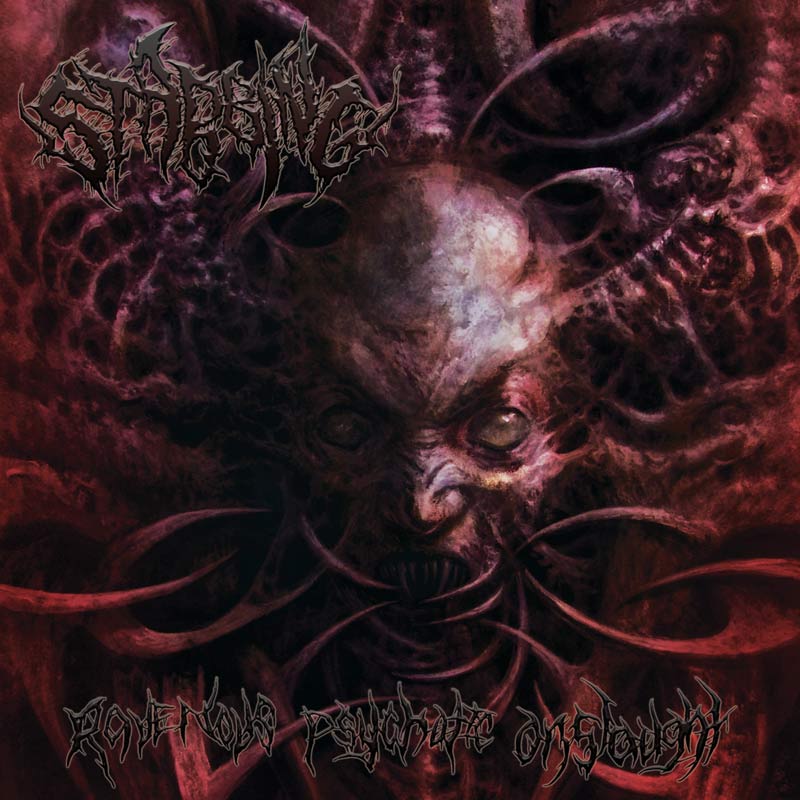