Four years on from their formidable debut album, Transcending Embodiment, Posthuman Abomination are back with increased intensity and superior firepower. Eight new tracks of obliterating brutality delivered with the band’s trademark clinical precision and scorched earth fury, eight new cold-blooded dissections of humanity that will crush you with imperious indifference…this is Mankind Recall and we have all been found wanting.Despite the armour plated ferocity of Posthuman Abomination’s past work, the sheer malevolent violence of Mankind Recall is still a shuddering shock to the system. In some dystopian nightmare of mechanized domination the fearsome unit of guitarist Max Santarelli (Vomit The Soul), drummer Marco Coghe (Devangelic), bassist Andrea Pillitu and inhuman vocalist Lorenzo Orrù have uncovered new levels of potency, vigour and overwhelming force. From the merciless bombardment of blast beats to the impossibly intricate and lethal riffs, Mankind Recall will tear you to pieces, while Orrù’s monstrous voice must surely be reckoned as one of the most soul-shaking and intimidating that the brutal death metal genre has ever disgorged. With songs like ‘Null’ and ‘Subdermal’ Posthuman Abomination have delivered music of incredible impact that will test your strength and endurance, leaving you exhilarated and exhausted. Mankind Recall is the next level of death metal.

Partnered once again with Comatose Music, Posthuman Abomination will present their terrifying vision of the future on May 6th. There is no place for humanity in this cold new world, no room for sentiment or weakness. This is Mankind Recall – the end of the world as we know it. 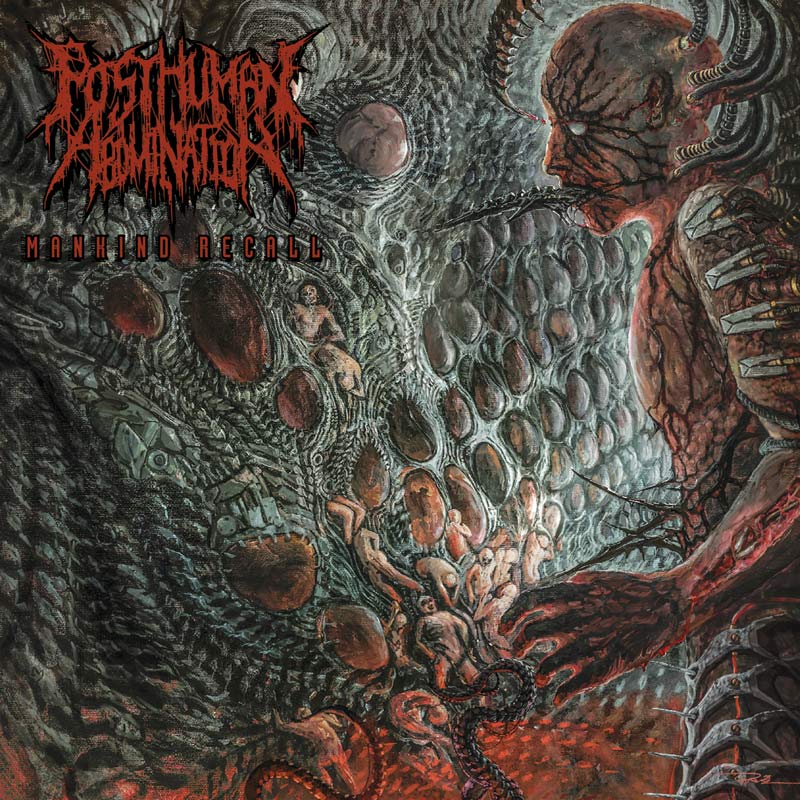