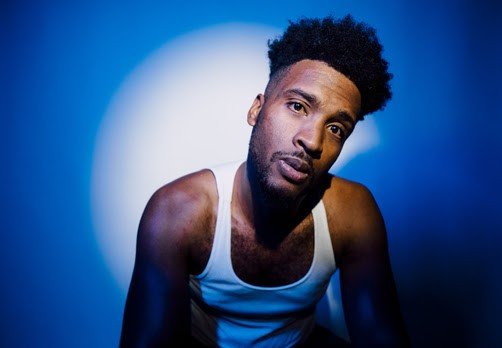 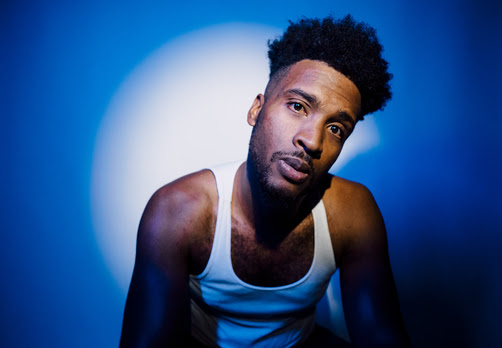 Photo credit: Bryan Iglesias
LISTEN: “ANOTHER MAN’S SIN”
Today, Nashville-based artist Phillip-Michael Scales unleashes “Another Man’s Sin,” the smoldering new single from his forthcoming LP Sinner-Songwriter, set for release on October 29th via Dixie Frog Records.
“‘Dive Bar Soul’ is how Scales describes his music and this track perfectly embodies that statement; rocking music that has heart and soul, but feels very accessible for any music fan to appreciate,” said Pancakes & Whiskey in the track’s premiere. “Starting with Phillip-Michael’s soaring voice and a simple guitar chord, the song makes us listen intently and when the undeniable hook kicks in, we can imagine ourselves at a dark and dusty bar whilst sipping whiskey and stomping about. What stands out for us in this single and the album as a whole, is the honesty of the lyrics and the vivid storytelling, quite likely a trait he learned from his legendary uncle B.B. King”
“This is one of my favorite tunes off the record,” Scales told Pancakes & Whiskey. “Most people have pivotal moments that inform how we act in the relationships that follow (for better or worse). ‘Another Man’s Sin’ is about the bad cycle of passing on the hurt because we’ve been hurt.”
~
Growing up, Phillip-Michael Scales had an uncle who played guitar for a living. He knew it was a big deal but didn’t understand the significance that his uncle’s name was B.B. King. Even though Scales played guitar, he shied away from soloing and most things blues-related. Instead, he fell in love with songwriting when an English teacher told him “A great writer can make their reader identify with anyone.” The trouble was he couldn’t find his story in the blues.
Born with a fierce independent streak and a passion for performing, Scales fronted his own indie bands, wrote and recorded his own music, and worked to make a name for himself on his own terms. All the while, his uncle just smiled a knowing smile and encouraged him to “stay with it.” As he began to discover “the blues” in his private and personal life, their relationship grew closer.
It wasn’t until his uncle passed away that Scales began incorporating more of it into his music. “These days I’m finding more of my story in the blues,” he explains. “A lot has led me here—between politics, my identity, and of course: Legacy.”
Throughout its 14 soulful tracks, Sinner-Songwriter, Scales explores, growth, mistakes, being black in America, searching for love, and finding your place in the world. He calls his sound “Dive Bar Soul,” blending indie rock storytelling with the passion of the blues. His single “O, Hallelujah” has broken 200K plays, he has been featured in Rolling Stone France and is in regular rotation on Nashville’s Radio Station Lightning 100. Scales’ music has taken him all the way to the Middle East, as well as festivals across Europe and North America. He has opened for Fantastic Negrito, Anderson East, Guster, David Cook, Bethany Joy Lenz, Matt Hires, Billy Raffoul, Crystal Bowersox, Tyler Hilton, Jon McLaughlin, and Cory Brannan.
TOUR DATES
8/27 – HOTEL CAFE – LOS ANGELES, CA
8/30- WESTERN CAROLINA UNIVERSITY – CULLOWHEE, NC
9/10 – SPACE – EVANSTON, IL
9/11 – SUMMERFEST – MILWAUKEE, WI
9/15 & 9/16 – HEY NONNY – ARLINGTON HEIGHTS, IL
9/17 – WYNDHAM GARDEN KENOSHA HARBORSIDE – KENOSHA, WI
9/18 – LISTENING  ROOM – PORT CLINTON, OH
9/19 – MUSIC BOX SUPPER CLUB – CLEVELAND, OH
9/20 – CLUB CAFE – PITTSBURGH, PA
9/22 – SELLERSVILLE THEATER – SELLERSVILLE, PA
9/23-9/25 – AMERICANAFEST – NASHVILLE, TN [Official Showcase Artist]
9/26 – INFINITY MUSIC HALL & BISTRO – NORFOLK, CT
9/28 – CITY WINERY – NEW YORK, NY
9/29 – DARYL’S HOUSE – PAWLING, NY
9/30 – CITY WINERY – WASHINGTON, DC
10/1 – THE TIN PAN – RICHMOND, VA
10/2 – ISIS MUSIC HALL – ASHEVILLE, NC
10/27 – GOLDEN DAGGER – CHICAGO, IL (Record Release)
10/29 – 20 FRONT STREET – LAKE ORION, MI (Record Release)
11/5 – THE BASEMENT – NASHVILLE, TN (Record Release)
CONNECT WITH PHILLIP-MICHAEL SCALES:
WEBSITE || FACEBOOK || INSTAGRAM || TWITTER || YOUTUBE || SPOTIFY