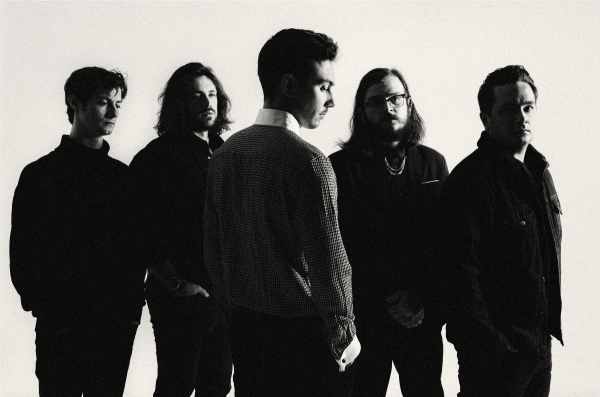 Check out the video for the first single, “Dirty Bombs,” here.

“‘Dirty Bombs’ touches on the constant, excruciating need most people have to seek attention and gain approval from complete strangers,” Walsh shares. “The verses discuss life lessons learned through experience — ranging from both playfully optimistic and beauty-seeking. ‘Dirty Bombs’ stresses the importance of growing into yourself and who you truly are throughout life, rather than growing into what you want people to think of you.”

For Grayscale, Umbra is the end of the beginning. All previous records served as stepping stones accumulating and shaping the band’s course and leading them down an artistic and aesthetic path to this point. Umbra is more of a feeling than a concept; it is an energy. It is all the things we keep underneath or to ourselves. It is the cold feeling of internal conflict, the bargaining, and the wickedness that exists within a space otherwise covered in light. The sounds don’t necessarily match the stories; the energy doesn’t always match the intent. It’s not about the light or the dark. It’s about the light and the dark.