PET NEEDS
GET THE KITTENS WITH ANARCHIC NEW SINGLE:
“FEAR FOR THE WHOLE DAMN WORLD”
STREAM ON ALL SERVICES HERE || WATCH THE VIDEO HERE
– OUT TODAY  – 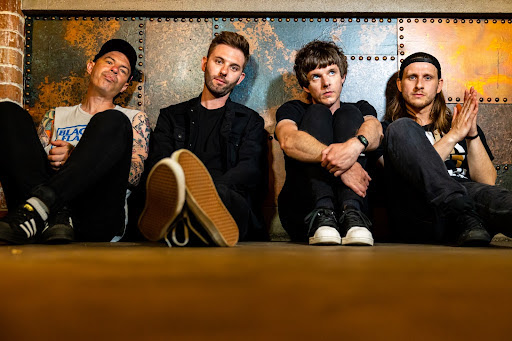 A song about ‘PET NEEDS’ in just about every sense, Essex’s favourite punk/rock rabble are back with the exhilarating new single: “Fear For The Whole Damn World”.

STREAM ON ALL SERVICE HERE || WATCH THE VIDEO HERE

A teaser of their upcoming second studio album: ‘Primetime Entertainment’ (out 9 September, via Xtra Mile Recordings), it’s a track that finds the foursome quite literally letting the cat out of the bag…

“”Fear for the Whole Damn World” is a tribute to the most punk rock kitten that ever lived – Smoko Marriott. Smoko lived and died in lockdown and this song is every bit as infectious, humorous and hyperactive as she was, whilst also tackling the anxiety, drama and intensity of living in a small terrace house that you can’t leave.”

With its mewling vocals and riffs as fuzzy as the critter that inspired it, “Fear for the Whole Damn World” was originally honed and honed-again by Marriott on a finger-picked acoustic guitar until his neighbour “banged on the wall threatening noise complaints”.

Finalised in the studio along with sessions for their upcoming second album, the end result sees PET NEEDS honouring Smoko’s live-fast-die-young legacy with a fitting explosion of nervous energy. Ramping-up the distortion pedals to the max, Johnny tunes into the tabby’s dying thoughts and screams an impassioned epitaph to the heavens: “Don’t follow, don’t follow in my footsteps. I feel like I haven’t done any good in the world yet. I fear for the whole damn world”. RIP sister.

The new single also arrives with an official video that captures PET NEEDS having a ball while supporting Frank Turner on his recent ‘50 States In 50 Dates’ Tour. Featuring footage from every show, you can check it out here: https://youtu.be/1-q_6B_LllI

One of the numerous highlights to expect on ‘Primetime Entertainment’, PET NEEDS’ rapidly turned-around new record promises to be everything it says on the tin and finds a band poised to take over the world. Written and recorded in the 11 months after signing with Xtra Mile Recordings, the band’s latest record is a discernibly more personal effort than its party-primed predecessor (2021’s ‘Fractured Party Music’). Dealing with feelings of fear, fatigue, adrenaline, failing and determination, the writing of the record unwittingly proved to be a journey of profound psychological discovery.

Described by Johnny as “our ‘London Calling’”, it’s a record flowing with sensation, unexpected textures and features their quietest and noisiest songs so far. It also revels in the maturity of self-analysis. Tracks like ‘Lost Again’ and ‘Ibiza in Winter’ tackle Johnny’s attempts to remain creative, positive and to look after himself. Elsewhere, ‘Spirals’ – perhaps their heaviest song so far – spares nothing as he screams: “I can’t handle myself, I can’t manage this band”.

As with their debut, the record features Johnny and his brother George Marriott (guitar), plus rhythm duties from Rich Gutierrez (bass) and Jack Lock (drums) and also sees friend and mentor Frank Turner on production duties.

Completing two European tours, one with Frank and the other with Skinny Lister, PET NEEDS are already road-testing their new record in readiness for its Autumn release. They will also be supporting Frank at his upcoming UK shows too. PET NEEDS are also confirmed to be playing a special one-off headline show in Colchester Arts Centre on 16th December, with a full headline tour also in the planning. Full dates and details of UK shows are outlined as below: 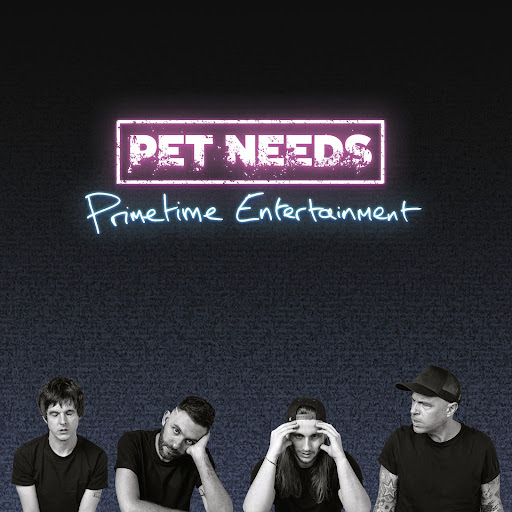