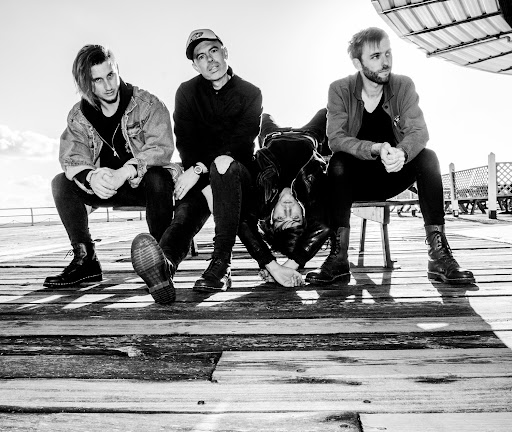 Making a passionate case for being its future saviours and major stakeholders for years to come, PET NEEDS look to bail-out the under-fire genre with an ambitious bid worthy of your investment.

A 3-minute masterclass of incisive three-chord riffs, flailing guitar solos, and the wryest of lyrical wit, ‘Punk Isn’t Dead…’ is as lean and dynamic a punk track as you’ll ever hear, with a devilish sense of humour to boot.

Caught between the rock-and-hard-place position of balancing a steady job by-day and fronting a punk-rock band by-night, Johnny Marriott remembers of writing the song:

““Punk Isn’t Dead (It’s Just Up For Sale)” is a punk tune written on a Colchester platform as commuters waited for the train to London. In the rain. Again. This is a portrait of people with collared shirts covering tattoos, avoiding eye contact as post-hardcore blasts through headphones. Of course, this is essentially autobiographical. I was in a job where I couldn’t be myself. I left it without a real plan, and it was the best thing I ever did.”

Arriving with an official video that sees itself as the successor to their riotous ‘Pavlovian’ video of last year, it echoes the lyrical themes at play with a tongue-in-cheek depiction of the very real challenges of making money as an independent band.

‘Punk Isn’t Dead…’ is one of four new cuts to be found on an expanded edition of their acclaimed 2021 debut album: Fractured Party Music which features revamped and re-recorded versions of original tunes and will be available digitally from 14th January 2022, via Xtra Mile Recordings. Speaking about how the new expanded release came together, Marriott says:

“When Xtra Mile gave us the option to record songs for an extended album, we wanted to make something chaotic and euphoric. We’ve revisited and re-recorded some of our oldest tunes, as well as fresh takes on songs from Fractured Party Music. This is our punk EP.  Frantic songs made to play live, recorded in 48 hours of carnage.”
Fans should also look out for a limited edition physical 4-track EP, which will feature ‘Punk Isn’t Dead…’ and all of the new material from the Deluxe Edition, standby for further details on how to get your hands on it.

Founded in Colchester by brothers George and Johnny Marriott, PET NEEDS are the band Britain needs right now. With a clutch of anti-anthems inspired by the disastrous job interviews, self-destruction and river journeys on inflatable kayaks that have defined their lives, their idiosyncratic lyrics and an effusive spirit have seen them rise through the ranks with lightning speed. With a line up also featuring Jack (drums) and Rich (bass), the four-piece have shared stages with the likes of The Hives, Frank Turner,  Muncie Girls, Buzzcocks, Maximo Park, PiL and The Undertones and impressed audiences at several major festivals.

Forced off the road in 2020, PET NEEDS took it as a sign to complete their long awaited debut: Fractured Party Music which finally arrived in 2021 to widespread praise from titles including Dork, Vive Le Rock, NARC, Punktastic, Noizze Mag and more, with radio plays from national stations inc. BBC6 Music.

Working with Frank Turner in the studio to capture their chaotic live sound to record, and Sam Duckworth (aka Get Cape. Wear Cape. Fly) who produced the four bonus tracks, PET NEEDS will now release the special expanded Deluxe Edition of Fractured Party Music this January. The full tracklisting is as follows:

Following the release, PET NEEDS will also be playing a headline show at Signature Brew, Haggerston, London on 23rd February, followed by a special orchestral show at EartH, Hackney with Buswell & Nyberg on 13th March. The band will also be supporting Frank Turner and Skinny Lister on the European legs of their Spring tours. Details of the UK & Irish shows are below. Tickets are on sale now, with further small shows and house parties to be announced soon. 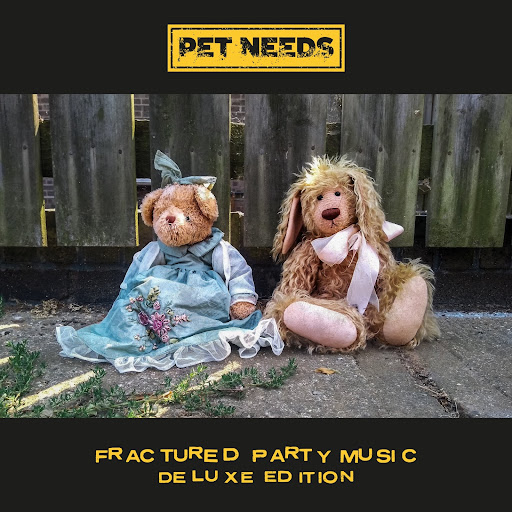