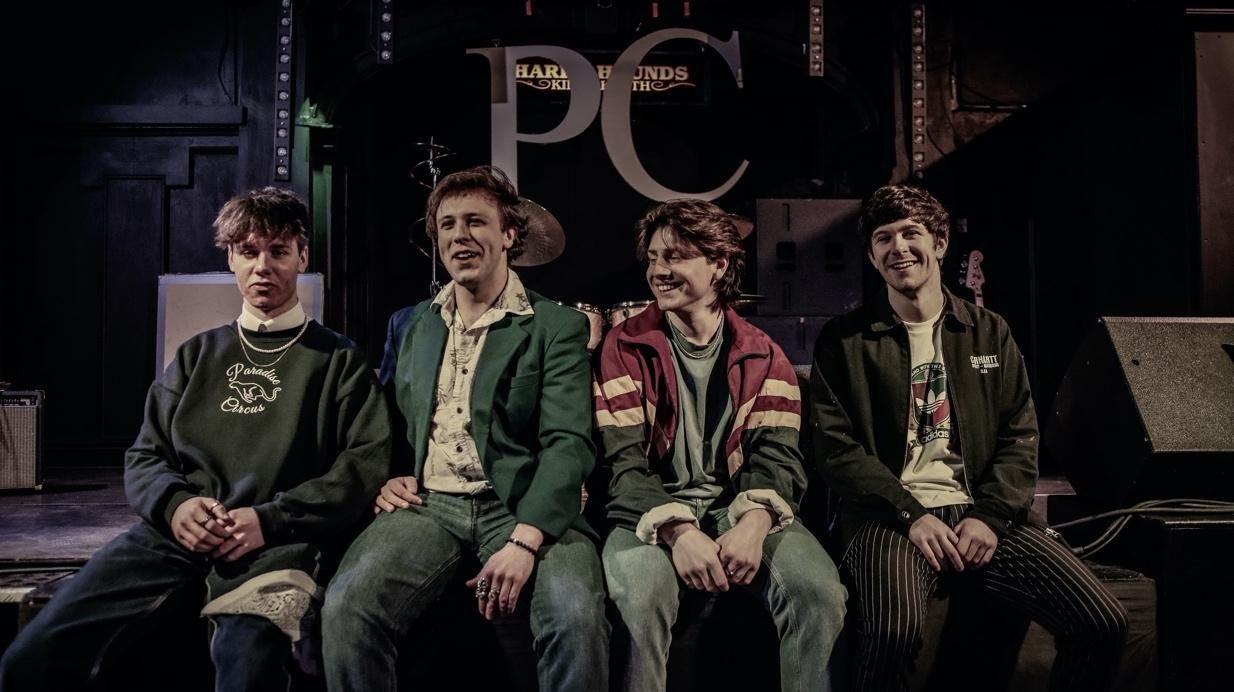 “…despite their tender years as a band, they have huge ambitions” – Tim Senna (BBC Introducing)

Midlands-based Paradise Circus emerges as a breath of fresh air to the UK indie-rock circuit. Consisting of David Purchase on vocals, Callum Cartwright on lead guitar, Sam Allen on bass and Nathan Shingler on drums, the group first met as teenagers in Birmingham and quickly bonded by their unwavering love of music, that soon transformed the friends into the electric four-piece seen today.

Mixing riotous backing with euphoria-inducing lyricism, the energising tracks have quickly gained the outfit over 13,000 streams, with their debut single ‘Fight It’ which recently hit 10,000 streams alone. It’s a sound made for the stage- with the group recently selling out The Dark Horse (Birmingham) twice in just under 3 days.

Now, the group are back with their biggest release yet. Released on 19th April, ‘What A Way (Cheetah)’ took over a year to craft, with the band collaborating with industry greats including Justin Lyndley, engineer for Elvis Costello, and Matthew Cotterill to perfect the anthem. The result is an offering that feels completely fresh, mixing acoustic elements with thrashing drumbeats and unstoppable, dynamic vocals.

“The song is about the ‘cheater’ in a relationship,” tells vocalist David. “It was first written in my basement at 11:30 pm, when I detuned my Dad’s guitar trying to find a cool chord. The chorus was written in about 7 minutes and Cal’s guitar was done also in quick time. Written in 15 mins but took 2 years to complete.”

With unstoppable ambition and guitars in tow, this release marks a new era for the band, who are ready to take the world by storm. Get ready to hear the new faces of UK indie-rock and get swept away by its magnetism.

PARADISE CIRCUS – ‘WHAT A WAY (CHEETAH)