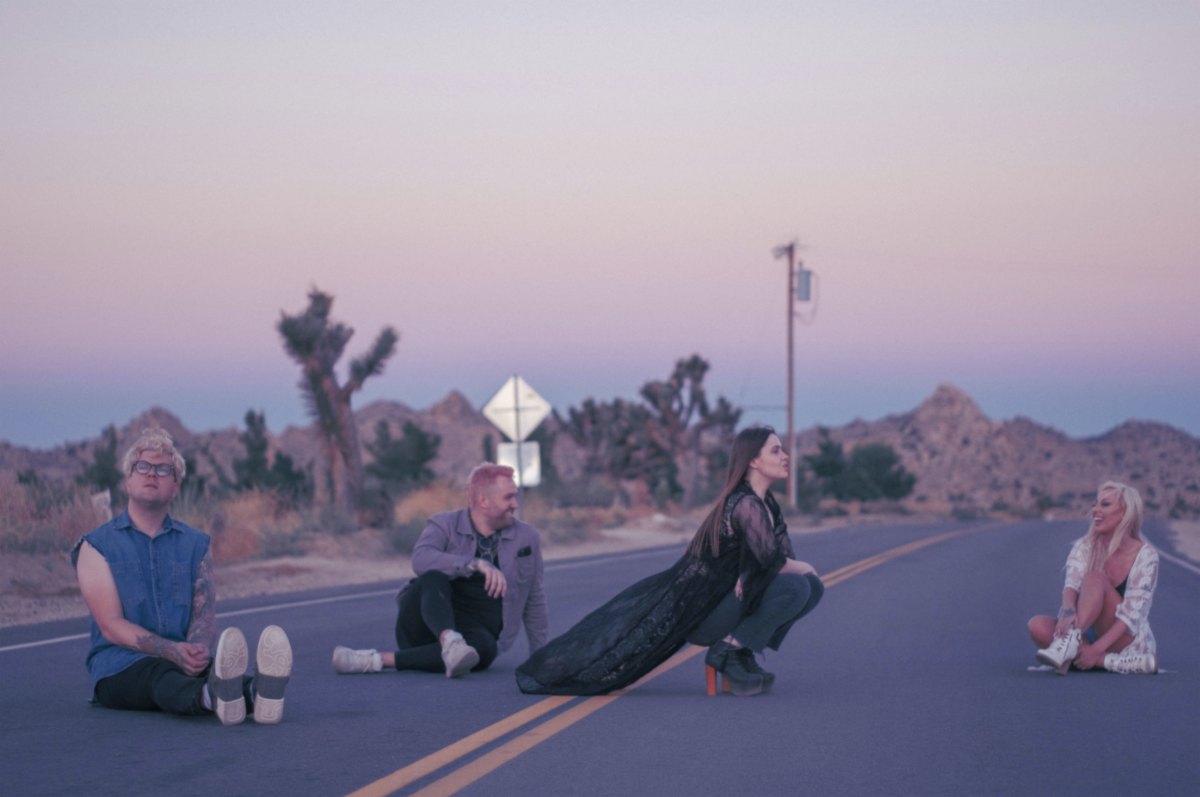 MAIN PHOTO CREDIT: HAYDEN WARNER
“The pleasant melodies and climactic, call-and-response chorus give ‘Miss You (Too)’ an emotional
arc that flies under the radar on the original.” – Live For Live Music
August 27, 2020 – LOS ANGELES, CA – LA based alternative – pop band Paper Jackets has shared a new single and video for “Miss You (Too)” today, premiering now with Live For Live Music. “Miss You (Too)” presents a new version of Paper Jackets’ latest single “Miss You,” stripped down and reimagined. The video, filmed in the desert of California and directed by Alexander Nikishin and Hayden Warner, features the members of the band against the backdrop outside of beautiful Joshua Tree National Park. Fans can check out “Miss You (Too)” now at https://liveforlivemusic.com/features/exclusives/paper-jackets-miss-you-too-video/.
On this latest offering from Paper Jackets, the band shares “You can’t call it just a remake if it feels like a new song altogether. Looking back at the song as a whole and forward to this acoustic version we’ve gotten a chance to relive the emotions we all share around the world of missing our friends and wishing we all had a little more time. There’s a hopeful melody and a hopeful chorus that echoes in our hearts when we hear it and we know you’ll feel the same“
“Miss You” was originally shared as a single from Paper Jackets’ newly released collection of tracks Souvenirs Volume One. These 10 tracks are one part of a collection that stretches and pulls at the genre of alternative rock. The album reveals a nostalgic theme throughout; touching on creative moments the band has experienced together to addiction and its many forms. Souvenirs Volume One is available to check out now at paper-jackets.lnk.to/MlihUNIN
Paper Jackets was formed in 2016 as each musician was rotating through a number of Sunset Strip jam nights. What started as a few random meetings and sessions has since blossomed into a six-piece group consisting of James Mason (vocals), Emily Dickinson (keyboard, live backing vocals), Jonny Vesely (guitar), Miles Franco (bass, live backing vocals), David Allen (drums) and Aimee Proal (vocals). After releasing the EP Don’t Lose Your Head in 2018, Mason & co. grabbed opening slots for Bishop Briggs and the X Ambassadors and they haven’t slowed down since.
For all members of Paper Jackets, the road to creating this record has been long and not without its bumps. However, they’re more than excited for whatever the next steps may be. “There’s a sense of urgency,” says Mason, speaking to the album as a whole. “There’s this mentality of, we have to do this now, we have to make these songs now…There’s this artistic force that pushes me in that way.” Whatever force they are following, they’re sure to take some souvenirs for the road.
###