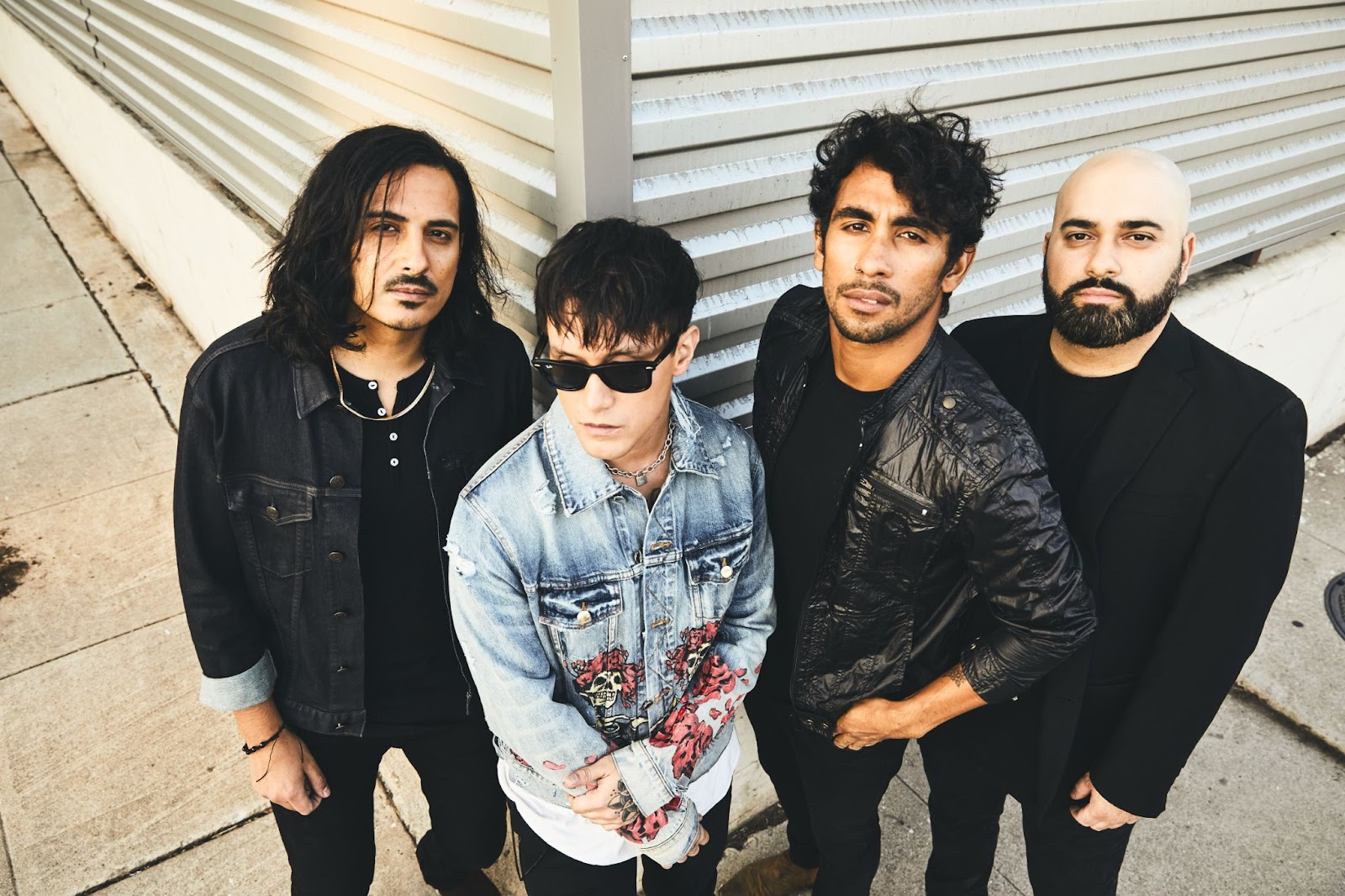 Friday, December 3, 2021 – New Jersey rock powerhouse Palisades are back with a vengeance and has today released their new single and music video “My Consequences” (via Rise Records). After weathering life’s storms of losing loved ones and band lineup changes, “My Consequences” is the first track with their new singer (formerly bassist) Brandon Elgar. Speaking on today’s news, Brandon shares:

“My Consequences” is the culmination of so much work and so many emotions. We are really excited to share this song with the world. Having felt trapped inside my head for some time, this song acknowledges those feelings while inviting anyone that has felt the same to come along on the ride with us.”

Today’s release is the first from Palisades since 2018’s ‘Erase The Pain’, which charted on the Billboard 200 and debuted #1 Alternative New Artist, #1 Top New Artists, and #4 Hard Music charts. The band has clocked up a staggering 262 million streams worldwide and over 511,000 monthly listeners on Spotify alone. Watch the music video for “My Consequences” here or at the link below, and stream the track here. 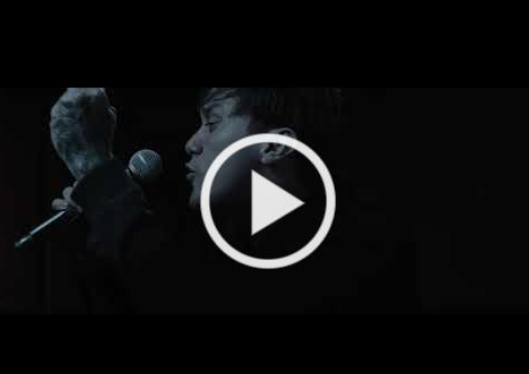 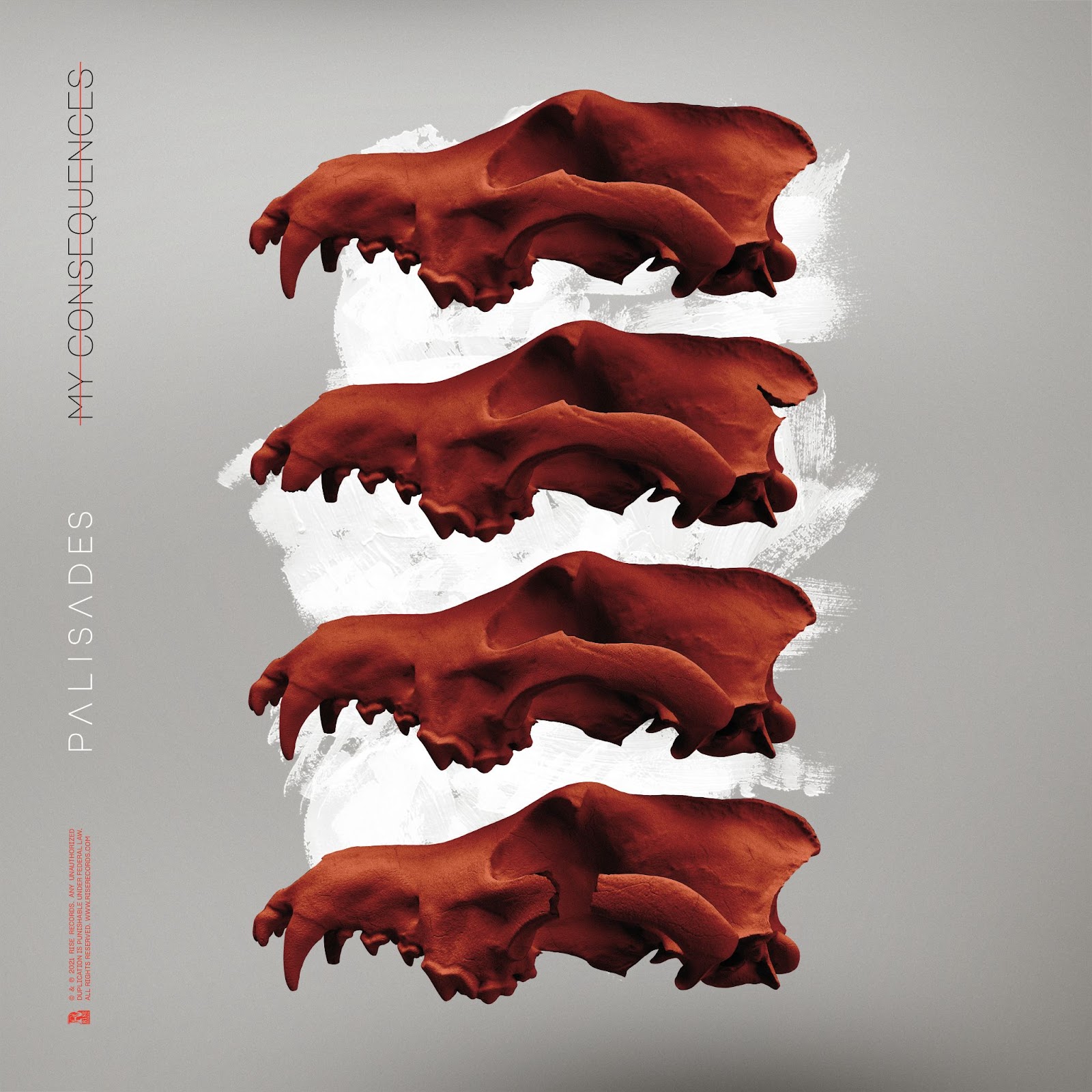 Artwork For Palisades’ “My Consequences”

Often lost in the past two years of the coronavirus pandemic are the nuances that “normal” life brings. Trials, traumas, loves, and losses were all still present, even if ignored.

This is something that New Jersey rock outfit Palisades are all too familiar with, the band – vocalist/bassist Brandon Elgar, guitarists Xavier Adames and Matthew Marshall, and drummer Aaron Rosa – having been forced to contend with everything from line-up changes to the death of loved ones. The change in the band’s lineup saw frontman Lou Miceli exit and vocalist/bassist Brandon Elgar step up on sole vocals. The move has allowed Palisades to hone in on the passion, swagger, and raw talent of their new frontman, whose cathartic presence is the perfect muse for their emotive songs.

The band broke the Billboard 200 with their last LP, 2018’s ‘Erase the Pain’, while also scoring the #1 Independent, Top New Artist, and Alternative New Artist album. Palisades look set to further build upon their past efforts and appearances at festivals including Louder Than Life, Reading and Leeds, Download and Rock am Ring as well as touring alongside artists including Sleeping With Sirens, Starset, Divisions, From Ashes To New, and Ice Nine Kills by reinforcing their status as one of rock’s most necessarily innovative and purposeful artists. Stay tuned for more Palisades news coming soon.