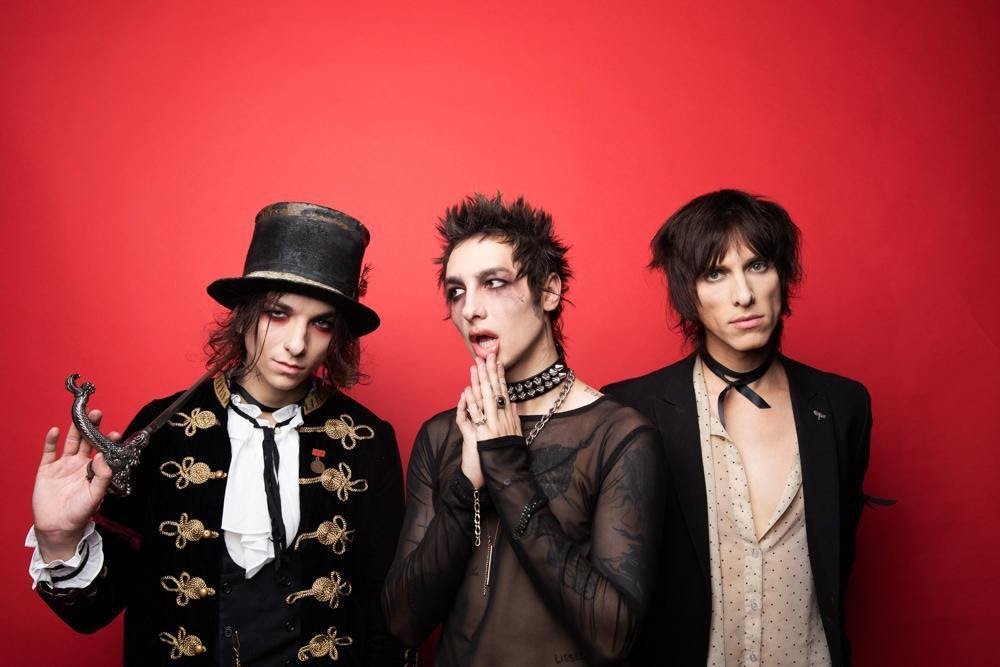 A Remix Of Track “Nightmares” From The Album The Bastards

Made Exclusively For The Soundtrack To Hit TV Show

Alt Rock band, Palaye Royale, have shared “Nightmares In Paradise“, a remix of their previously released track “Nightmares” that features on their 2020 album, ‘The Bastards‘ and recorded exclusively for the official soundtrack of recently released hit TV Series, Paradise City. Listen to the track on streaming platforms here. Paradise City was released digitally last week and immediately shot to the #1 spots on All Shows on Amazon Prime, All Shows on iTunes, Drama and Trending TV on Fandango and #2 Drama on Google Play.

Speaking on his band’s new release, Palaye Royale frontman, Remington Leith (who also provided all the vocals for the show’s main protagonist, Johnny Faust and his band, The Relentless) says

“This was the actual original version of the song “Nightmares” before we decided to take it in a different direction for The Bastards release. You can see where our heads were first at. This song is about trying to make the best of fighting off your demons and embracing the issues you have and wearing them on your sleeve.”

Paradise City premiered on Amazon Prime Video on March 25th. Set in Los Angeles, Paradise City chronicles the lives of rock star and frontman of The Relentless, Johnny Faust and a young rookie kid, Simon, who idolizes him as they collide through their broken homes built by the music business. The series was created by Ash Avildsen (Hit Parader/Sumerian Films), son of Academy Award winner John Avildsen (Rocky, The Karate Kid), and is loosely based on his own life and estranged relationship with his father.

Palaye Royale is leading a generation in togetherness through honesty, danger and infectious art-punk. They have clocked up a whopping 294 million total streams across their catalogue and 76 million YouTube views across all their music videos. They have been written about in SPIN, The New York Times, NME, Classic Rock, The Guardian, Billboard and have been on the cover of Alternative Press twice.

Palaye Royale has gone from playing any show they could whilst sleeping in their car to playing mega-arena shows with names such as Marilyn Manson, Rob Zombie and Stone Sour, clocking up an incredible 700 shows in 4 years. That, plus appearances at festivals such as Reading and Leeds, Download, Sonic Temple, Isle of White, Pinkpop and Nova Rock, has seen Palaye Royale garner a reputation for being one of the best, most exciting live bands in the world.