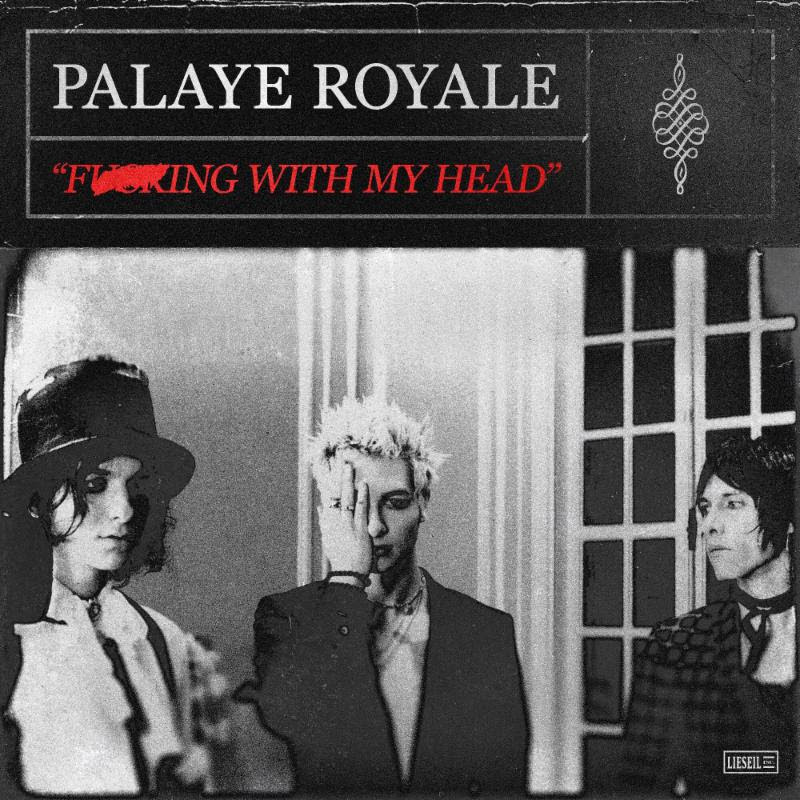 Notorious indy-art rockers PALAYE ROYALE have released the video for their brand new track ‘Fucking With My Head’. The track has become a firm favourite with fans through being a staple part of the PALAYE ROYALE live set for most of this year. Watch the video here.

The release of ‘Fucking With My Head’ marks the beginning of the transition into the next era of PALAYE ROYALE. The video contains several hidden symbols taken from a chapter of the Neoutopian Graphic Novel that drummer and artist, Emerson Barrett has written and designed along with artist XOBillie to accompany this next chapter.

The band will be releasing a second video next week for another brand new track, ‘Nervous Breakdown’ that will take fans even deeper down the rabbit hole of the utopian world being created by the band to share with their ever-growing, rabid fanbase The Soldiers of The Royal Council. Speaking on the graphic novel and the dawning of the new era, Emerson Barrett said:

“Ever since our first EP, ‘The End’s Beginning’ we have been hinting and hiding words and symbols in everything we have created. Boom Boom Room Side A and Side B was a continuation of this existential treasure hunt. Now as we enter the new era, it all begins to unfold.”

PALAYE ROYALE have just returned to the US from two weeks in Europe where they hit the major festival circuit with performances at legendary festivals such as Download, Isle of Wight, Austria’s Nova Rock and Pinkpop in the Netherlands. They also played a special, intimate charity show the infamous Borderline in London in aid of Nordoff Robbins, the largest independent music therapy charity in the UK, dedicated to changing the lives of vulnerable and isolated people through the power of music. All proceeds from the show went to the charity.

PALAYE ROYALE will then be heading back to the UK to play at this year’s Reading & Leeds Festival, held over the August Bank Holiday weekend from 23 – 25 August.

The band’s latest album, ‘Boom Boom Room Side B’, was released in September 2018 via Sumerian records and saw an impressive first week on the Billboard charts, debuting at #17 on the Top Albums Chart, #3 Top Alternative and #6 Top Rock. The lead single from the album, ‘You’ll Be Fine’ hit #23 at rock radio and to date has had 6.5 million streams on Spotify.

The band have clocked up over 40 million total streams on Spotify, over 43 million views on YouTube and have a combined social media following of 1 million and their rapid upwards trajectory shows no signs of slowing down thanks to their infamous and rabidly devoted, Soldiers of The Royal Council. 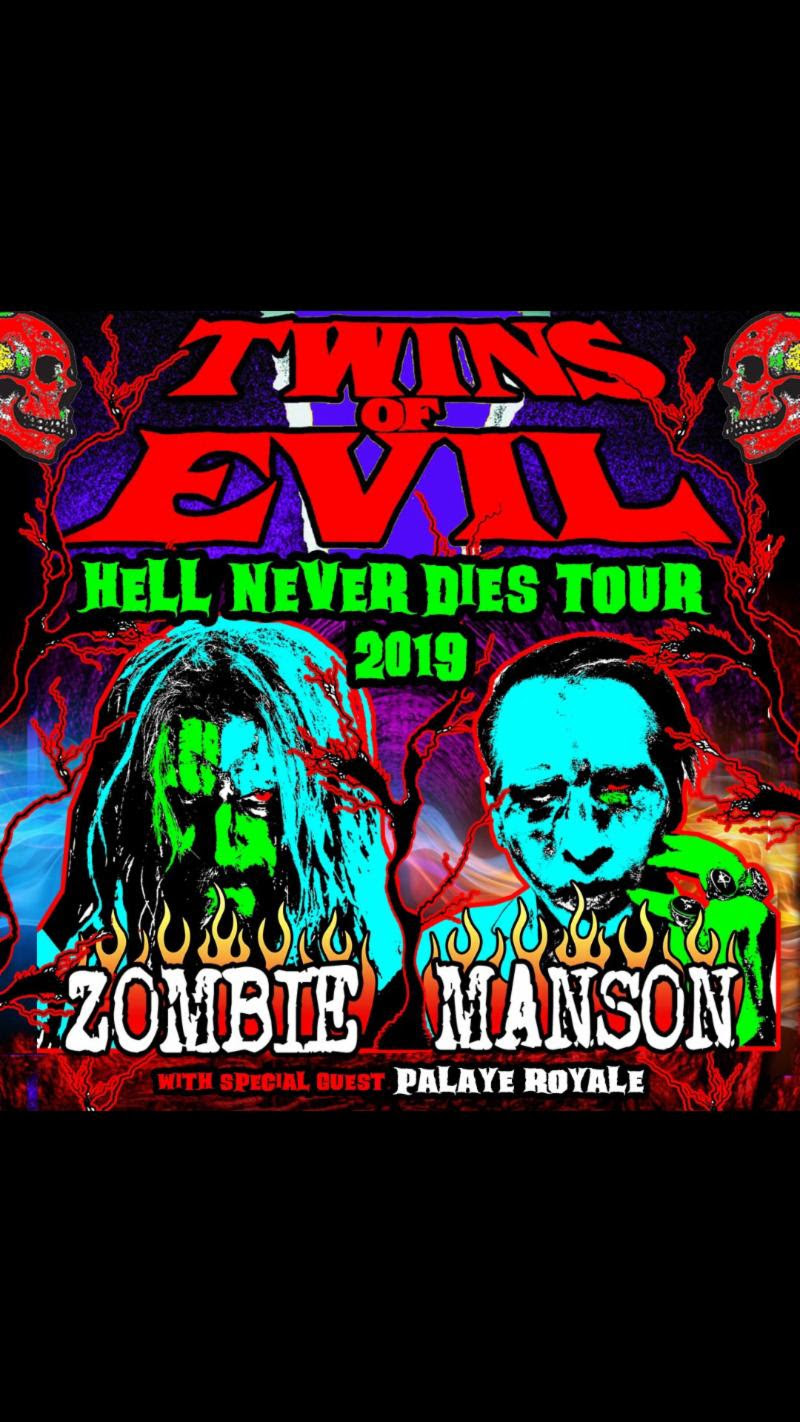 Full dates for the Twins Of Evil ‘Hell Never Dies Tour’ 2019 are below: 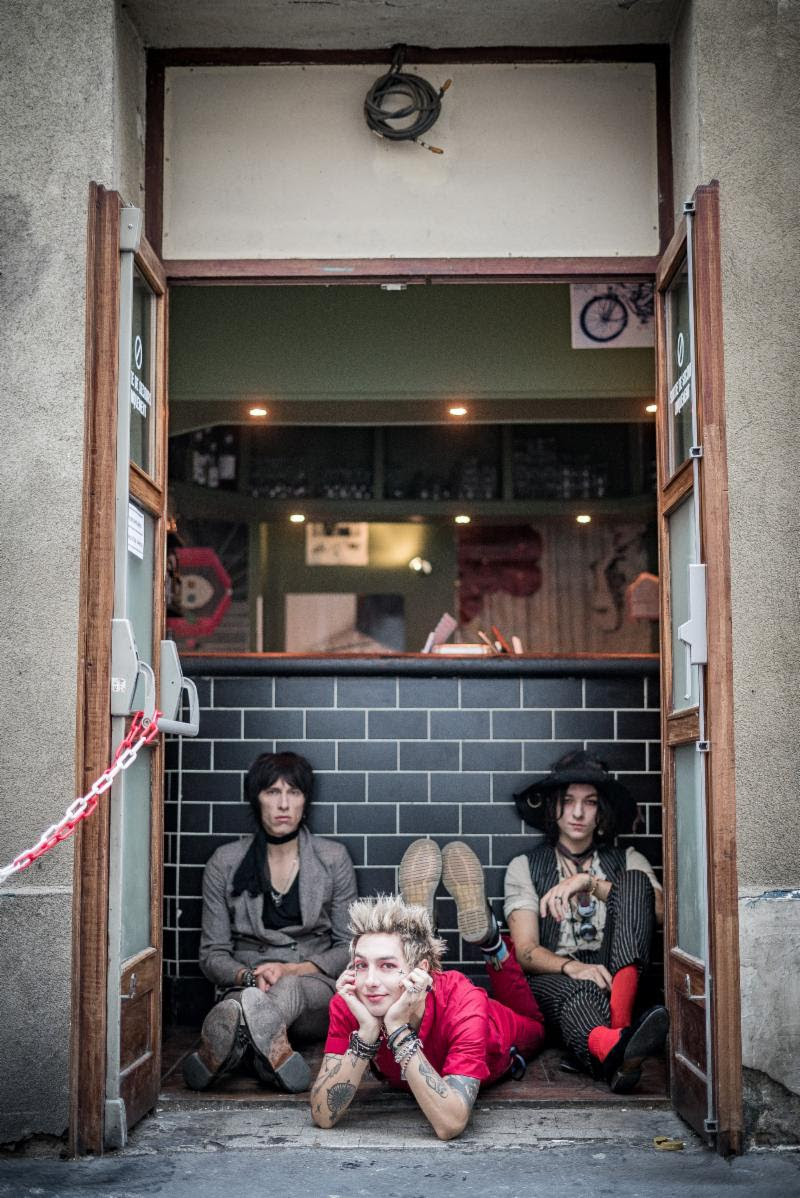 What The Press Are Saying

“The hottest new band on the planet. Three brothers with a penchant for doing things their own way, they’re bringing rock ‘n’ roll to a new generation.”
– Rock Sound Magazine (cover feature)

“If the Rolling Stones and My Chemical Romance had a love child it would be Palaye Royale.”
– Alternative Press (cover feature)

“Of course, none of this would matter if the music wasn’t good. It is. There’s a dash of early-Rolling Stones to what they do. A bit of The Faces. Quite a lot of T-Rex. A peppering of the New York Dolls, maybe even some Arctic Monkeys, while Remington has the sort of voice a man called Remington is supposed to have. Raspy, soulful, lived in.”
– NME

“Welcome the next wild and dangerous millennial rock band.”
– The Aquarian Weekly

“Wash away the make-up and there’s no denying that Palaye Royale are making some of the more interesting and intriguing music of 2018. And while Side B may be the band dropping the curtain on their Boom Boom Room era, it signals their arrival as a genuine force to be reckoned with.”
– Kerrang!

“..the performance of the day from Palaye Royale… teetered thrillingly on the edge of chaos. When Iggy Pop-style singer Remington Leith clambered atop the speaker stack, he caused a panic among security staff.”
– The Guardian