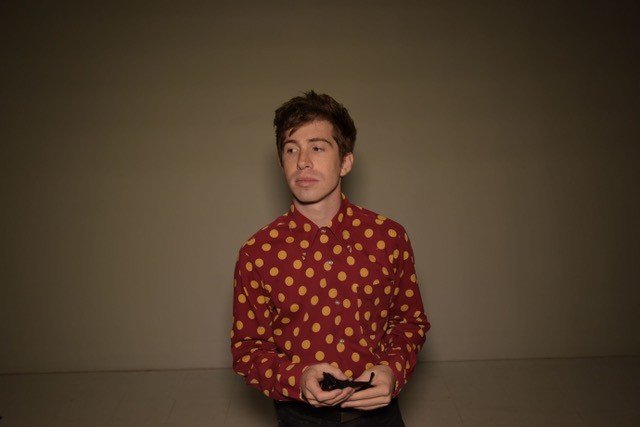 
‘MIDNIGHT PIZZA’
RELEASED 23 APRIL, VIA TRICKWORK
“Another Weekend” is the ecstatic new single from ADE.

Pulsating with Friday-feeling vibes and alive with an electrifying positivity, the New Yorker delivers a track destined to take you to the weekend in double-speed.

LISTEN / WATCH
A masterclass of euphoric electro-clash, “Another Weekend” ticks like a techno-fied clock, running down the seconds of the working week with exponential pace. Pumped-up on heady mix of Big-Beat primed production, lopsided synths loops and kick-drum powered rhythms, it offers a playful new cut of the fast approaching debut album: ‘Midnight Pizza’.

Extracting its lead sample from an original ‘Mother Goose’ record from the 1950s, Ade transforms the old fairytale with a little of his own studio magic to create something that bangs in a way Walt Disney could never have anticipated.

With an underlying melancholy beneath the beats, “Another Weekend” is in essence a club record about not wanting to go out. A snapshot in time, its lyrics find Ade lost in contemplation and picking over a conversation with an old friend after a meet-up. As Ade says:

“I started singing about this kind of largely inconsequential coffee date I had been on earlier that day and improvised about half the lyrics in one go. It’s something of an outlier on the album but it was such a flow-y unfiltered account of my life at the time that I felt I had to include it. Plus I get a kick out of the idea of a four-on-the-floor club track about being tired of going out. Naturally, now I am sitting in my apartment writing this with a deep longing to be surrounded by obscenely loud music and sweaty strangers, but here’s to eventually (in my case, probably inevitably) being a homebody by choice again one day.”

Taking the shortest amount of time from conception to completion of all the tracks on his upcoming  album, “Another Weekend” sets the scene for a debut record overflowing with ideas that dares to dream big: ‘Midnight Pizza’ (released 23 April, via Trickwork).
Ade is an innovative singer/songwriter and producer based in New York City. A child of the algorithmic listening generation, a potent mix of technological advancement and eclectic influence have nurtured an artist far from natural expectation. Extracting from the esoteric with a cut-and-paste like approach, Ade cites eclectic references from Beck to Bjork to Weezer, with his own creations straddling just about everything in-between.
This April he will release his confidently abstract debut album: ‘Midnight Pizza”. A record where fantasy and reality entwine often paradoxically, ‘Midnight Pizza’ is a coming of age record for the millennial generation. Written over the past 5 years, it finds Ade re-evaluating that familiar road that leads us all to so-called adulthood. At once intimidatingly complex and acutely referential, ‘Midnight Pizza’ also sports the kind of inviting danceability that places amongst peers like Caribou, Toro Y Moi or Gold Panda.