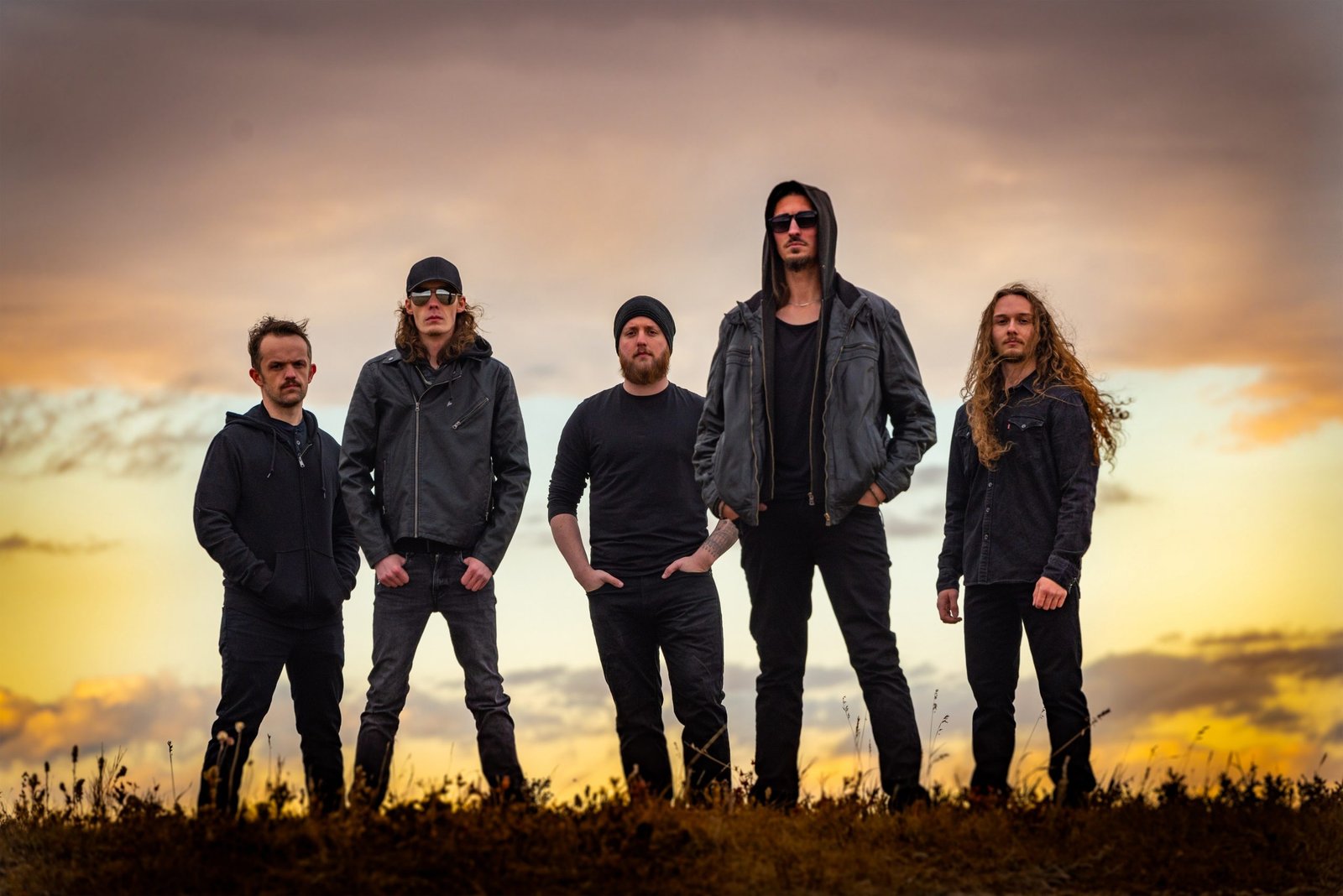 After great reception from new fans for their 2020 record “Foundations”, Calgary, Canada’s Osyron will be reintroducing the past to the present with the re-release of their 2017 album “Kingsbane” in a Deluxe Edition on May 14th.

The Deluxe Edition of “Kingsbane” will feature all original tracks from 2017 full-length remixed and remastered (original recordings were with former drummer Trevor Cobb). There will also be three rewritten and rearranged bonus tracks for Viper Queen, Griefmaker, and Razor’s Wind (Acoustic) with current drummer Cody Anstey. The original recordings of the bonus tracks were written by guitarists Krzysztof Stalmach and Bobby Harley, but for the Deluxe Edition were collaborated by the whole band. The Deluxe Edition of “Kingsbane” was also entirely re-mixed by bassist Tyler Corbett and re-mastered by drummer Cody Anstey.

In lead up to “Kingsbane: Deluxe Edition”, the band is sharing the music video for the remixed, remastered, and rewritten single “Viper Queen”. The video injects fans with venomous speed and a power punch of melodic heavy metal.

The band adds about the track:

“Viper Queen” had actually always felt like the “odd one” out on the album, especially stylistically. All of the other songs have sections that repeat from song to song, or motifs that reprise, and all the other songs have a section that acts as a part of the intro piece  (From Ashes). Viper Queen never really fell into that same groove and was never considered as a single on the first release of Kingsbane. However, it immediately did well live. People absolutely loved the song, and even we felt that especially live it captured a certain energy that was maybe missed from the recorded performance. We’ve even received comments from people about how they didn’t really get Viper Queen until they came to a show and watched it happen live, so to that end we wanted to really nail it for the re-release. We re-arranged it to trim some of what we considered the fat, and we sped up the tempo to more accurately translate some of that “live” intensity we felt it was missing!”

For “Kingsbane”, Osyron dives into a story of a hero who must reluctantly take up arms against a tyrant king in a neighbouring land. Along the way, he faces many inward, and outward challenges he must overcome to achieve his goal. Through it all, the hero learns a valuable lesson that even though they are duty-bound to stop this great evil, this great evil is also in the eye of the beholder. They discover that the weight of absolute power has the potential to corrupt absolutely – maybe not all villains are as one-dimensional as they seem from the outset.

With powerful songwriting and progressive symphonic melodies, fans of Nightwish, Dream Theater, and Wintersun can enjoy Osyron‘s “Kingsbane: Deluxe Edition” when it’s released on May 14th, 2021.

Album pre-order is now available from the band via their Bandcamp – https://osyron.bandcamp.com