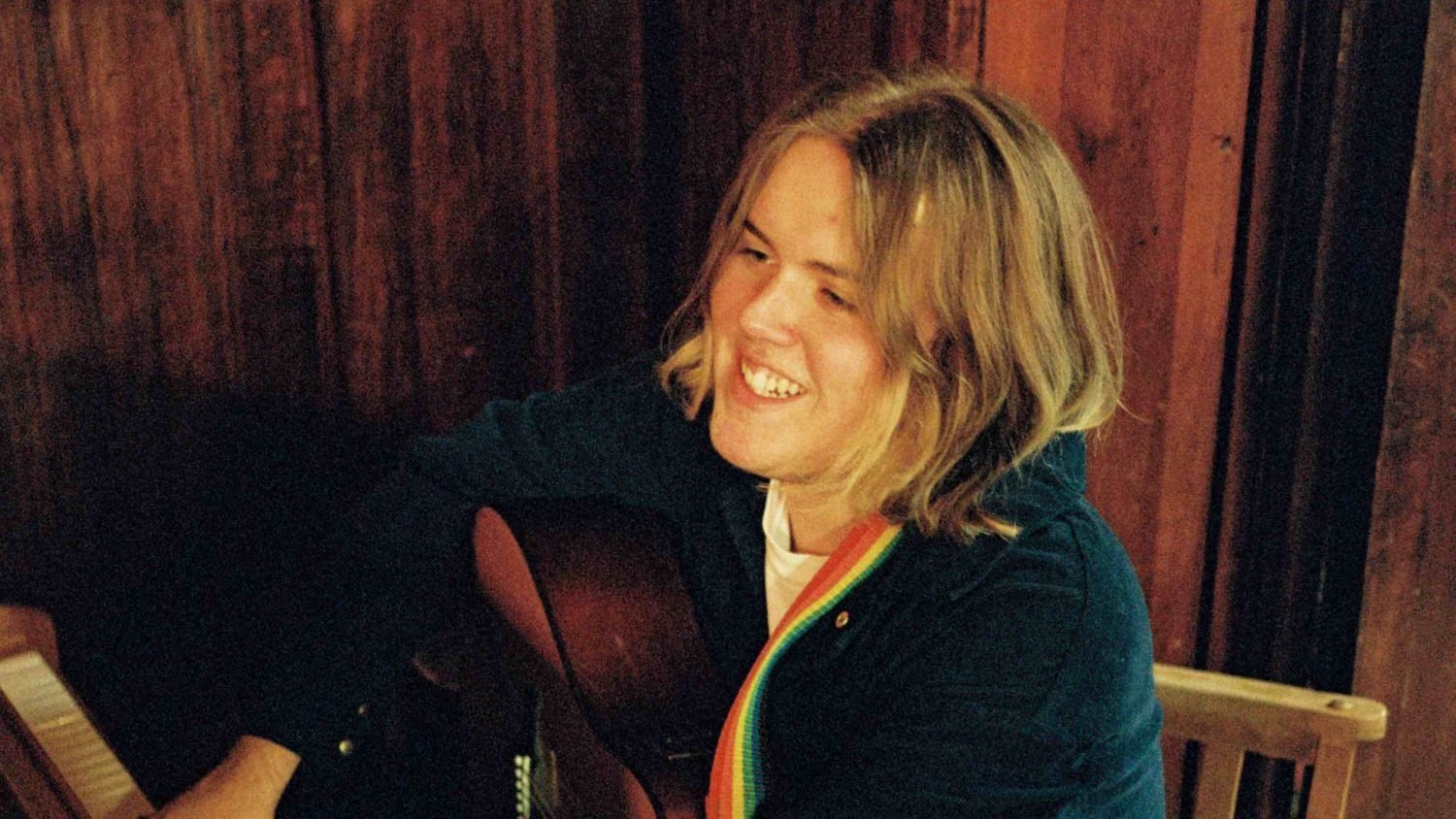 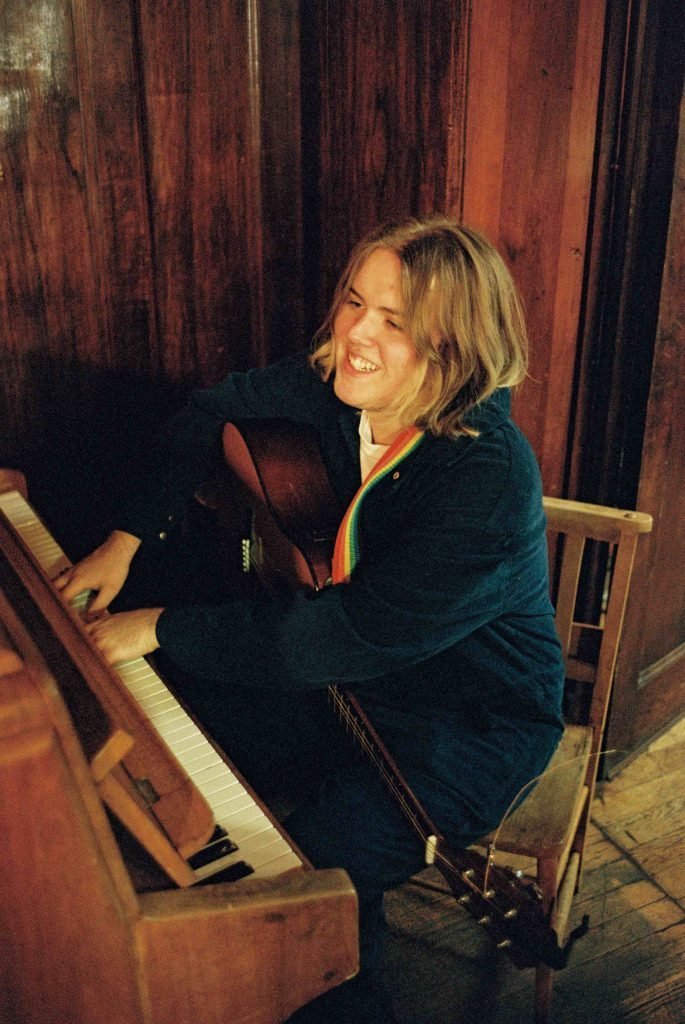 Photo credit Jordan Curtis Hughes
“Ethereal sunshine pop” – The Guardian
“Lang channels the Beach Boys and West Coast soft pop, with a side order of Supergrass” – The Sunday Times Culture
“Oscar Lang‘s lo-fi pop tunes will worm their way into your brain and take up residence for the foreseeable future.” – The FADER
“A Brit-rock trip with psychedelic new taste” – The Line Of Best Fit
“Oscar Lang may just be the sound of the summer we are all hoping to have” – CLASH
Listen to ‘Write Me A Letter’ HERE
Pre-order Chew The Scenery HERE
London based artist, multi-instrumentalist and producer Oscar Lang has shared ‘Write Me A Letter’ – a brand new track and another tantalising taste of his upcoming debut album Chew The Scenery, out 13 August on Dirty Hit. Pre-order Chew The Scenery on all formats from the Dirty Hit store HERE. Lang will embark on a headline tour later this year, including a date at the Camden Assembly on 28 October – with fellow rising star Molly Payton supporting at all shows. Lang will also head out on an intimate in-store tour in August. Tickets available HERE.
With Chew The Scenery taking in scuzzy indie rock dynamics, psychedelic flourishes, and even orchestral grandiosity along the way, Oscar Lang’s guiding light has been the art of embracing feeling. New track ‘Write Me A Letter’ is a tender piano ballad with a heartfelt sentiment. Lang explains: “‘Write Me A Letter’ is an ode to the softer side of my music, it was written about my girlfriend just before she WAS about to leave to go on tour for a few months. I think the notion of a handwritten letter is old fashioned, but oddly charming.”
‘Write Me A Letter’ follows the release of previous teasers ‘Thank You’, ‘Stuck’, ‘Are You Happy?’ and ‘21st Century Hobby’, and is sure to continue Lang’s strong run of tastemaker support from the likes of The Independent, NME, The Line Of Best Fit, DIY, Clash, Dork, and Gigwise and more. The album’s singles so far have also been heavily supported at radio by Annie Mac, Jack Saunders, and Jess Iszatt on BBC Radio 1 and John Kennedy at Radio X.
***
Chew The Scenery follows Lang’s prolific hot streak, with the release of three stellar EPs in 2020 alone. Traversing crisp, Beatles-esque psychedelia on Overthunk, snappy melodics on Hand Over Your Head, and searing psych-rock on Antidote To Being Bored, full length offering Chew The Scenery is an amalgamation of the broad sonic palette of this talented young songwriter.
Though he lost his mother to suicide when he was just seven, Lang’s love of music comes in no small part due to her. A musician herself with a short-lived pop career in the ‘80s, she gifted Lang his first piano – the same one that can be heard on his earliest recordings, including debut single ‘She Likes Another Boy’. “Thinking about her always spurred me on with music,” he says. “I like to think you let your parents live through you and that the best thing to do is not to grieve for them, but give them a good life. I’m living the life she wanted for us both, and that’s really cool.”
By synthesising his love of bedroom pop, lo-fi indie rock, and Beach Boys-esque orchestral harmonies into one package, debut album Chew The Scenery is both Lang’s most cohesive project to date and his most ambitious. Spanning topics such as growing pains, love, romance, friendships and the pitfalls of social media on our collective mental health, and provided an outlet for Lang to escape the monotony of various UK lockdowns. “Over the past two years the sound of my music has changed a lot, from bedroom pop to rock” Lang explains. “We recorded the album over a month up in Liverpool. It was a nice break away from the tedious lockdown in the UK as I got to spend a month away with my mates doing what I love. I think you can hear that built-up boredom being released on the record.”
Mastering the art of production in his school years, Oscar Lang’s skill as a producer led to a fateful collaborative relationship with fellow Dirty Hit signee Beabadoobee – with Lang recording some of Bea’s first tracks at his home. He has since collaborated as producer and co-writer with an impressive number of rising indie and pop artists, including Alfie Templeman, Girl In Red, Claud, and Sports Team. While Lang’s solo output to date has drawn adoration from the likes of BBC Radio 1 DJs Annie Mac and Jack Saunders, national press such as The Sunday Times and i newspaper, and global tastemakers from Australia’s Triple J to American culture bible The FADER.
***
See Oscar Lang live in 2021:
Aug 13 | Rough Trade West, London
Aug 14 | 110 Above Festival, Leicester
Aug 15 (1pm) | Vinilo, Southampton
Aug 15 (5pm) | Vinilo, Bournemouth
Aug 16 | Pie & Vinyl, Southsea
Aug 17  (1pm) | Creekside, Faversham
Aug 17 (8pm) | Elsewhere, Margate
Aug 18 (1pm) | Banquet Records, Kingston
Aug 19 | Resident, Brighton
Sep 25 | Dot to Dot Festival, Bristol
Sep 26 | Dot to Dot Festival, Nottingham
Oct 19 | The Deaf Institute, Manchester
Oct 20 | Jacaranda Records, Liverpool
Oct 21 | Yellow Arch Studios, Sheffield
Oct 25 | Firebug, Leicester
Oct 26 | Komedia, Brighton
Oct 27 | The Forum, Tunbridge Wells
Oct 28 | Camden Assembly, London
Dec 11 | Sonic Wave Festival, Birmingham
Oscar Lang – Chew The Scenery – out 13/08/2021 via Dirty Hit
1. Our Feature Presentation
2. 21st Century Hobby
3. I Could Swear
4. Stuck
5. Yeah!
6. Headphones
7. Write Me A Letter
8. Intermission
9. Are You Happy
10. Quarter Past Nine
11. Take Time Out
12. Final Call
13. Thank You