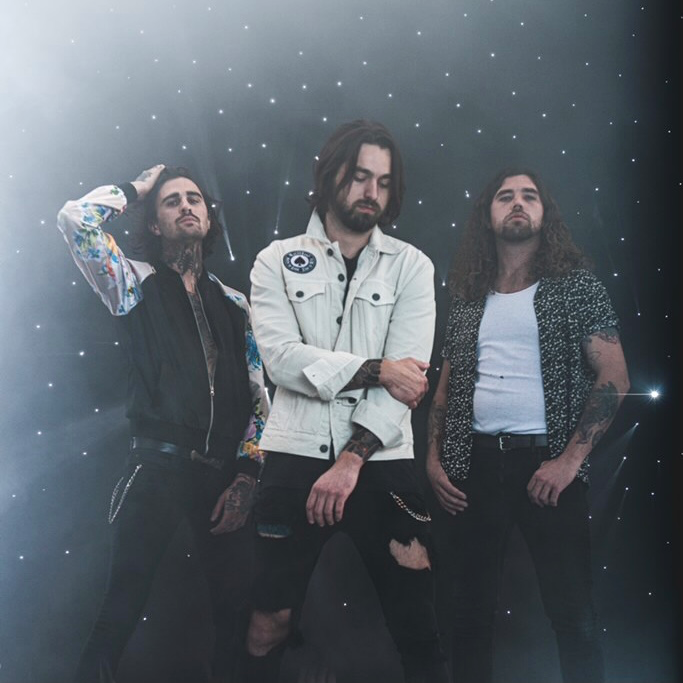 “Rock’n’roll, as it sounded way back when.” – Kerrang!

“Them Evils are delivering blistering straight-up rock and roll” – Loudwire

Orange County heavy hitters ‘Them Evils’ are back with their latest single ‘OVRDRVE’. The track was co-written by long-time collaborator Kevin “Thrasher” Gruft (Escape the Fate) and produced by Jim Kaufman (Skindred, Anti-Flag). Their previous 2018 EP ‘Rollin Stoned and Livin’ Free’ saw the band garner support from the likes of Kerrang! Loudwire and AXS, to name a few. This culminated in over 100 live shows that included a national headlining club tour with stops at Shiprocked, Welcome To Rockville, Carolina Rebellion, and the main stage at Rock On The Range.

‘OVRDRVE’ is an arena rock anthem filled with bluesy guitar lines, pounding drums, and of course, crunching overdrive resulting in a high octane track that’s equal parts loud, gritty, and unapologetic. With the band releasing three singles throughout the COVID-19 lockdown, their fourth, OVRDRVE is the perfect track to get you off that Zoom call and hit the open road.

Them Evils on the track:

“We were stoked to be able to collaborate on OVRDVE with our good friend, Kevin Thrasher. After the success with our recent singles, it felt like a no-brainer to keep him involved in the writing process. OVRDRVE is an engine revving anthem that continues to push the envelope as to what kind of songs we are capable of writing. Keeping the same sleazy Them Evils style, but adding some new ingredients to the Rock N Roll recipe that gives our fans something new to appreciate!” – David Delaney (drummer)

Having supported the likes of The Pretty Reckless, Pop Evil, and Alter Bridge, their upcoming tour which is soon to be announced is one that should not be missed. With plenty more music in the pipeline, 2021 is set to see Them Evils go from strength to strength, follow their socials for the latest updates.