AHEAD OF UK TOUR DATES THIS OCT/NOV 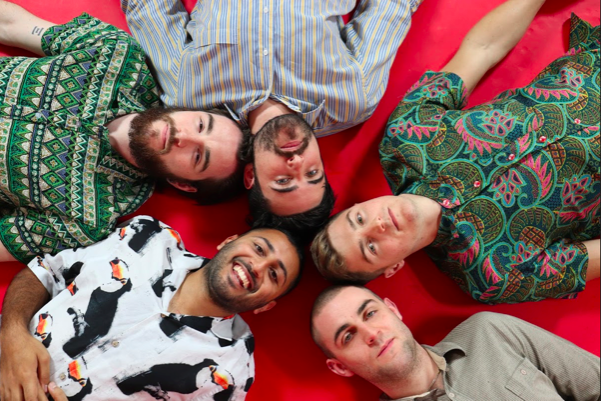 Endearingly tipping its hat to the tug-of-war game that love can sometimes be, ‘I Can’t Stand It’ is something of an inverted love song and dedicated (with tongue-firmly-in-cheek) to the long-suffering love interests of the Only Sun boys.

Speaking about the new single, Only Sun say:

“I know I drive you crazy. But I love you really. Winding people up is the thing we do best and it is the ones we love that we test the most. Grovelling apologies is our next best skill and the two compliment each other wonderfully. The thing is, it’s way too peaceful all the time – and that’s just a little bit boring isn’t it?

Strewn with pin-balling dual guitars and elasticated rhythms reminiscent of Two Door Cinema Club or Circa Waves, and matched with an infectious chorus guaranteed to be your earworm for the day, ‘’I Can’t Stand It’ is another premium addition to the Only Sun canon. The track follows the band’s summer smash ‘It’ll Be Alright’ released on the Close-Up label earlier this year.

The High Wycombe five piece are looking forward to getting their chops around a string of shows across the UK throughout October and November. Kicking-off with a final Festival show of the year at Middlesbrough’s Twistarella Festival on 12th October, the band will then chart their way around  7 UK shows that stand as some of their biggest venues to date. Full dates and details as follows:

Tickets on sale now at: http://onlysunofficial.com/

Making a case for being one of the hardest working band’s on the indie scene right now, Only Sun ambitiously delivered 12 top-drawer singles in 12 months in 2018 alone (racking up over 1.6 million Spotify streams in the process), before making their debut on the CLOSEUP label in 2019 with the sensational ‘VICE’. Frequently found in tastemaker playlists including The Indie List, Hot New Bands, New Music Friday UK and earning praise from BBC Radio 6 kingpins Steve Lamacq & Tom Robinson, and from Clash Magazine (who praised the band as: “five dreamers who want to make music that really says something”) and across the wider blogosphere, word is beginning to spread like wildfire about this intrepid indie five piece. And with a string of high profile sold out shows to their name across the UK in 2019 already, it’s clear that this band’s time in the sun is now. 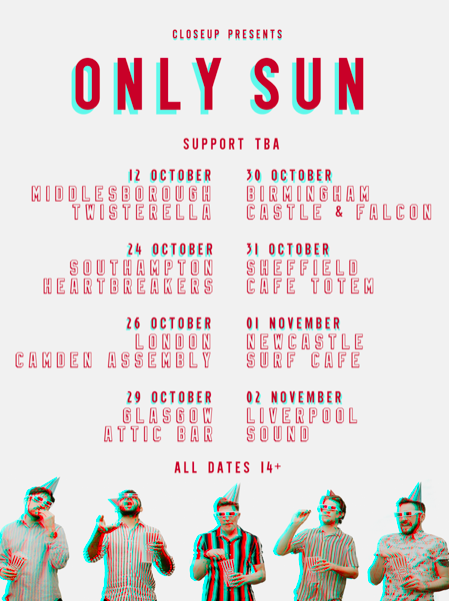