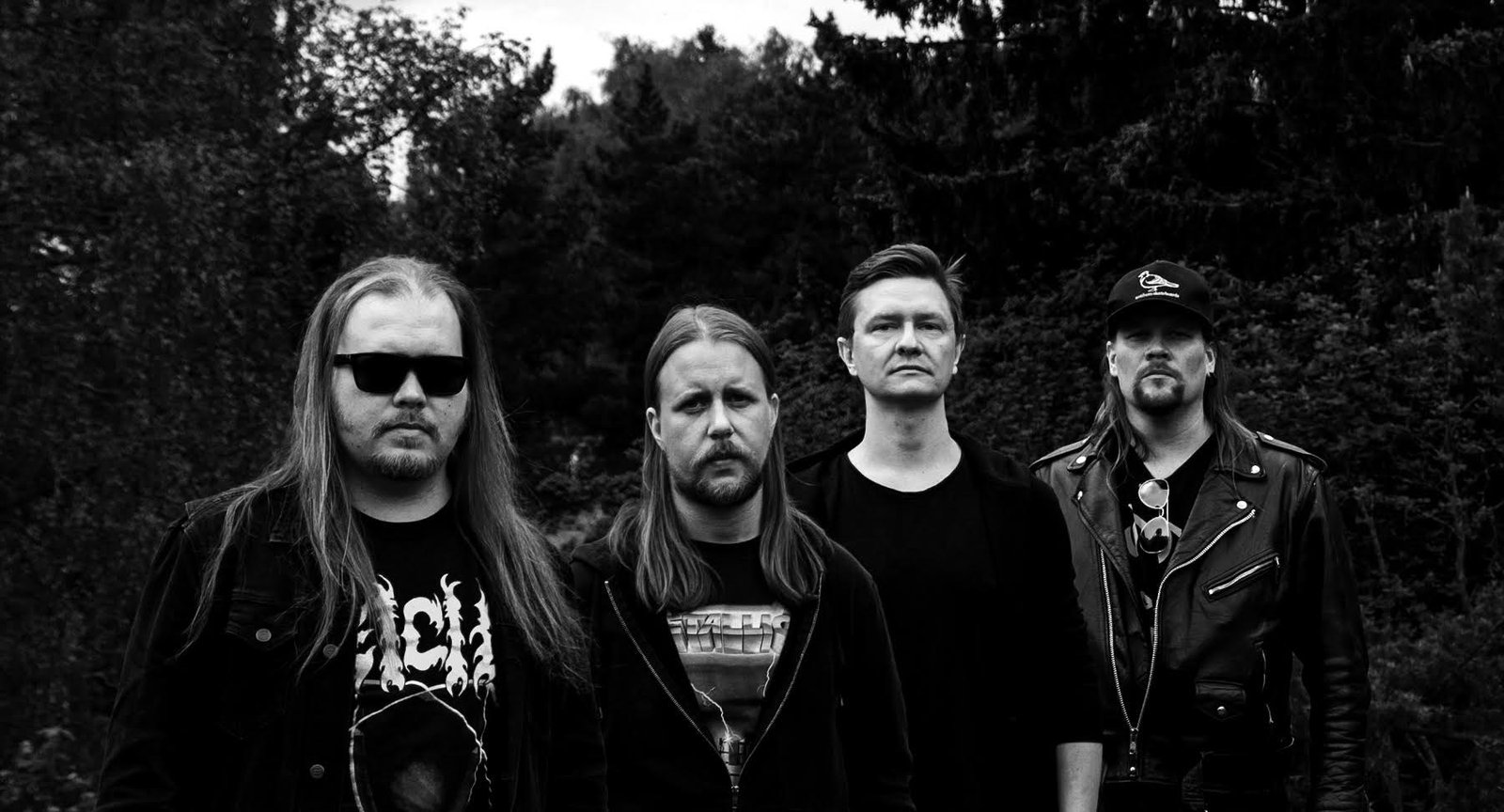 New finnish death metal band Noutaja is releasing their debut EP later this autumn and now they present the second single from the upcoming release.

Spotify: https://spoti.fi/3C1llQO
Bandcamp: https://noutaja.bandcamp.com/album/
Apple: https://apple.co/3ll092o
Amazon: https://amzn.to/3A5Xyxi
Tidal: https://listen.tidal.com/album/191829575
Deezer: https://www.deezer.com/us/album/246575652
Guitar player / Singer Masi Hukari backgrounds the song:
“Deicidal Tendencies was the last song we wrote together for our upcoming debut release. (Never Meant to Save Us 20.8.2021) The song came together really quickly once our bassist Pekka Johansson showed us such a killer opening riff that we instantly went in to a collective windmill mosh mode!
Even though the title is tongue in cheek wordplay of two bands that are influential to us the topic of the song is pretty serious. I grew up in the Middle East in a very religiously charged situation and got to see how crazy and dangerous things can get when some one believes that they are more right than everybody else and justify atrocities with faith. Experiencing war is a great way to turn a young man in to a sceptic.“
Biography:

Collectively we are Noutaja. (That is Finnish for The Grim Reaper.) We are not young, so everyone in the band has already done cool and succesful stuff. Many of those things together in some formation on another in the last 15 years. We are not old either. But we are hungry to make music.

We love 90’s Death Metal and we want to make music that we feel passionate about. What would you imagine we would sound like?

We sound like every band you thought was good back in the day. Only better.
Also we know that in life you get zero points for nostalgia.
So now is good. Scars and all.