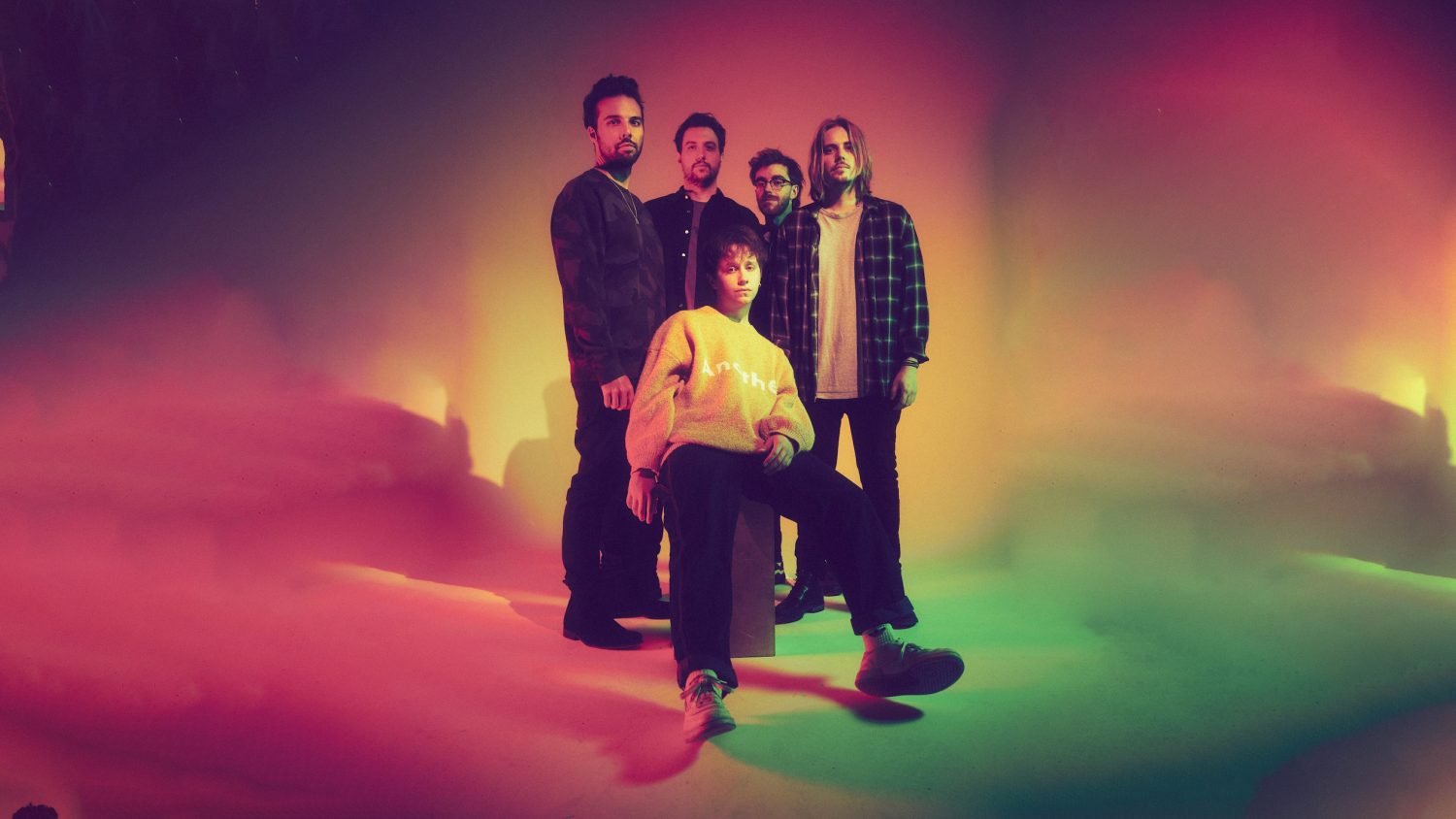 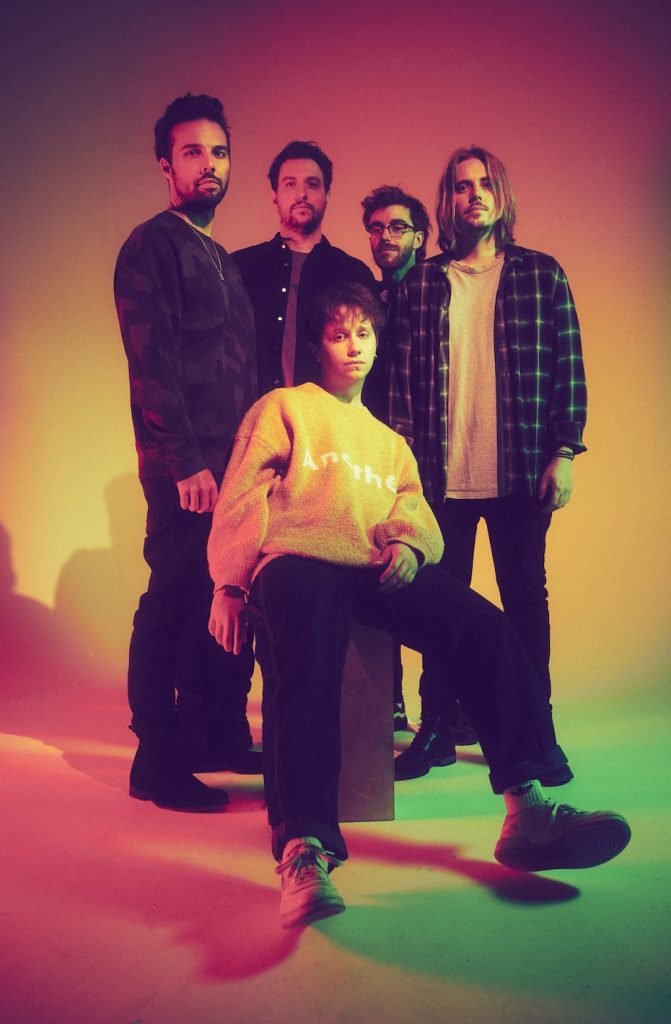 “Political turmoil, climate change, and the toxicity of the internet all pour into Nothing But Thieves record Moral Panic.” TLOBF

“A living, breathing, and characteristically anthemic, beast of an album”

Following the release of their #3 acclaimed third album Moral Panic last year, Southend five-piece Nothing But Thieves have released their dark and explorative new single and video Futureproof via RCA Records, which was premiered last night on BBC Radio 1 as Annie Mac’s Hottest Record in the World.

Nothing But Thieves are a band that continue to evolve their sound and new single Futureproof sees them experiment further whilst remaining authentically them. Produced by Rich Costey (Biffy Clyro, Haim, Foo Fighters) and recorded between London’s RAK Studios and guitarist/keyboardist Dom’s home studio, it is a sinister, dynamic and unpredictable track that examines the meaning of self-preservation through powerful lyrics. The video, directed by Jake Jelicich, sees the band bathed in an auburn glow giving an intense performance that is filmed chaotically, matching the energy and uneasiness of the song. It can be watched here. The band says;

“’Futureproof’ is about self-preservation; what that means to different people and the lengths that those people would go to achieve it.

It’s designed to be a guitar rock and hip hop hybrid. That can be a bit of an eye roller and it’s easy to get wrong, but there’s a parallel between some of our heavier songs and the more aggressive side of hip hop, which we wanted to try and get at. It’s dark and chromatic and then it’s mixed like a hip hop track with loud drums and vocals. The idea was to try and explore that territory in the most authentic and fresh way.”

Futureproof follows the singles Is Everybody Going Crazy?, Real Love Song and Impossible released last year from their third album Moral Panic, which achieved over 102 million streams and saw support from the likes of BBC Radio 1, Virgin Radio and Radio X alongside winning Best Indie Act at Global Radio’s 2021 Awards. The album was a poignant moral outcry on the world tinged with emotion, anger and hope, which thematically touched on climate change, anxiety around social media, political chaos and an overall desire to switch off. Moral Panic followed their 2018 EP What Did You Think When You Made Me This Way, their 2017 acclaimed album Broken Machine, which charted at #2 in the UK album chart, and their debut self-titled album Nothing But Thieves.

The past few years have been quite a ride for Nothing But Thieves. Amassing over 1 million worldwide album sales and over 907 million worldwide streams, they have built up a loyal and wide following for their impactful alt rock sound, cementing themselves as one of the best current rock bands in the world. Selling 150,000 tickets on their last album campaign, which included a sold-out show at London’s Alexandra Palace and selling out their entire worldwide Broken Machine headline tour, their success has been global.

The band have performed on US TV shows, such as James Corden and Jimmy Kimmel, after their debut became the bestselling debut from a UK rock band in the US in 2015 and played packed out international shows from Poland to Amsterdam, where they headlined an arena to 6,000 fans. After intimately debuting new songs early last year for a BRITs/War Child gig, they were set to tour internationally last Spring, including a show to 6,500 people at Moscow Adrenaline Stadium.

Following 3 livestream performances Live from the Warehouse last year to launch Moral Panic, they are finally bringing songs from the album to live audiences this Autumn with a UK, Ireland and European tour, including their biggest ever headline London show at O2 Arena. With a well-earned reputation for their energetic, impassioned and infinite live shows, it’s a tour not to be missed. Full dates are as follows: