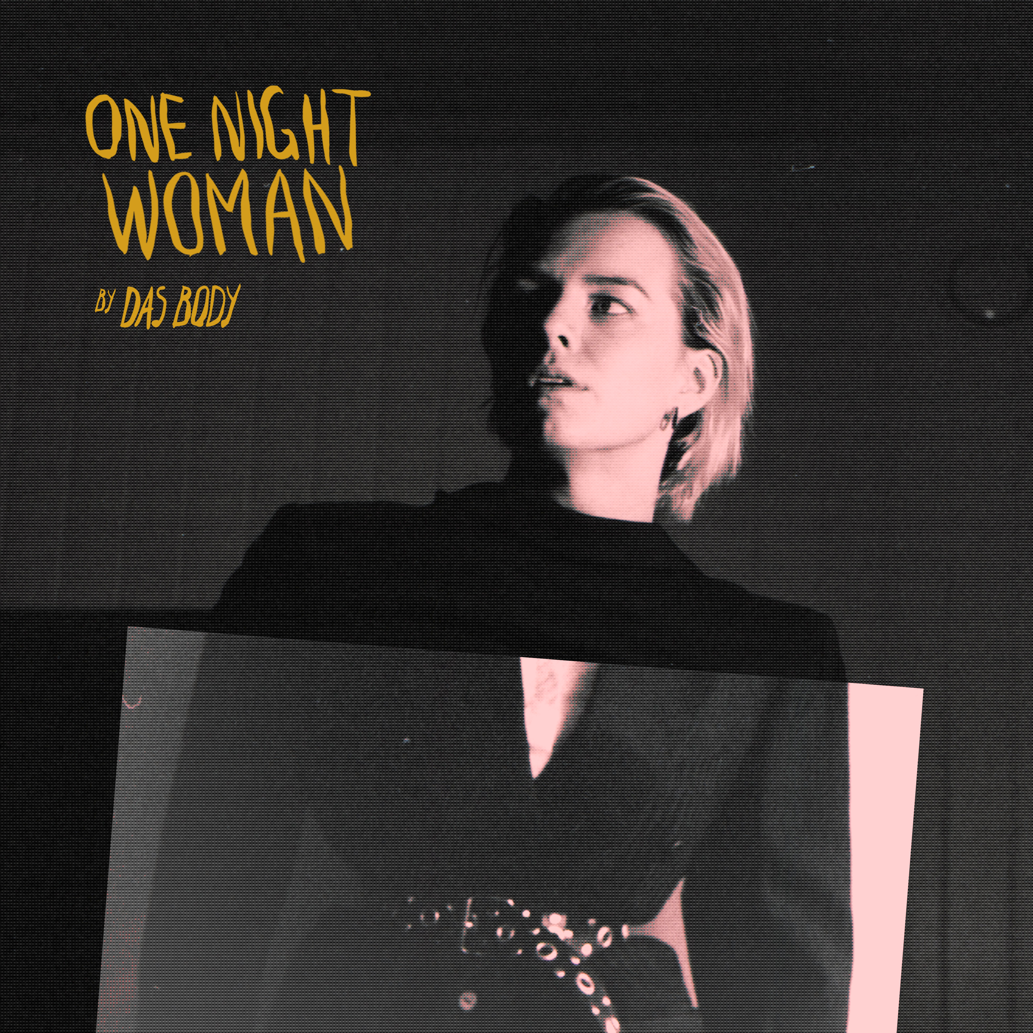 “chic neo noir dance party for one” The Fader

Listen to One Night Woman HERE

Where others turn right, Oslo’s brooding pop enigmas Das Body turn left and so it is with new single One Night Woman, out today  April 9th.

A song of contrasts and emotional intrigue, Das Body felt the album version of One Night Woman was an unfinished exploration. But how could they and producer Hasse Rosbach resolve this unanswered musical question mark? The answer, as is so often the case, was simple: More synth! More gospel! More pathos! The result? A sultry, late-night synth pop gem shaped by the chill of an arctic wind and the neon glow of the Northern Lights.

The compelling Ellie Linden, as usual, gives something extra to contemplate when she alternates between cool self-confidence and fragile fervour as light and dark slide into one another like an ever changing point of view. The repetitive text invokes short cycles with short relationships. It is only the bridge and the outro that really gives insight into the feelings behind it: the I-person does not endure all the “ordinariness” one is forced through as an established couple. In the outro you hear “I’ll let you down” and “I’ll never let you down” about each other, not necessarily as opposites, but as parts of the cycles with short relationships.

“One night woman just doesn’t believe that she can be anything more than a one night woman. She can’t see herself contributing in a conventional relationship. It’s a mixture of having faith in oneself and not believing in love, or at least not being part of love herself”.

Hailing from the greyer climes of East Oslo with its drizzly expanse of apartment blocks and gas stations stocked with Kent cigs and smut mags, Das Body released the debut album Peregrine in November 2020. The reviews have been completely unique and the album is now nominated for  a Spellemann Prize (or to use the British colloquialism, a Norwegian Grammy). Internationally, Das Body has already received the right sort of attention, especially after the release of the critically acclaimed self-titled debut EP released in 2018 and their US tour in 2019 where Das Body’s powerhouse performance was praised by the likes of NPR and Gorilla vs Bear amongst others. In Norway, Dagsavisen called Das Body “Norway’s best new artist” and Audun Vinger in Dagens Næringsliv declared Ellie to be Norway’s best front figure.

“sublime songwriting” Dazed
“alluring taste of Scandi-pop with a twist” CLASH
“bombastic, multi-coloured and often dazzling synth pop that will make you want to move” The Line of Best Fit