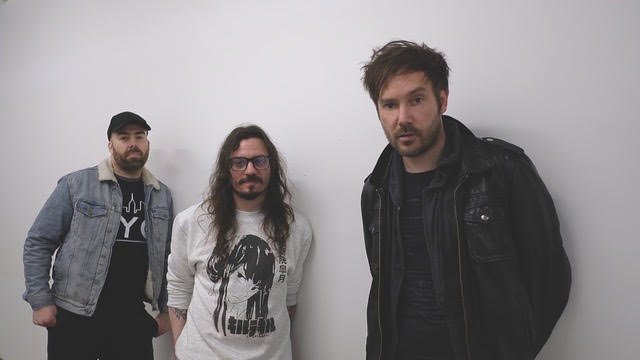 Stream here:  https://ditto.fm/animosity-noprism
WATCH VIDEO HERE
A track about the “joys and sacrifices of love” that’s synergised with a merciless groove that will take no prisoners, the Newcastle four-piece hit their synth/pop stride with a calculating strut.
As Andrew Young explains of “Animosity”:
“I’m always fascinated (obsessed) about the idea that for every action there is an equal and opposite reaction, and the idea of love is no different. Very often you see people giving up important things or opportunities in their lives for the sake of love. But obviously it’s why we’re all here, and the positives that it brings is what makes us human.”
Recalling the world dominating highs of the Nile Rogers-produced Duran Duran years, “Animosity” taps into that winning formula of taut funky guitars, an intimidatingly huge electronic production, and an earworm chorus designed to eat you alive.
Inspired by the definitively super-camp vogue music that soundtracks the MJ Rodriguez/Billy Porter show ‘Pose’, the song was written as something of a distraction during the lockdown of last year. Turbo-charging those aesthetics with a radical makeover of their own design, NOPRISM soon realised they’d hit upon one of their most irresistible compositions to date.
“We decided to write a song for voguing to, but with our own imprint on it.” says Andrew. “Initially we put it on spotify briefly under a pseudonym and uploaded it to the BBC, who played it. We quickly changed our minds though and decided it was too good a song to just throw away, so we took it offline. This version being released now is a re-recorded and remixed version, with the added input of the full band.”
Written, produced and mixed by NOPRISM, “Animosity” is released everywhere now. The track swiftly follows previous single “Order”, a release that found the band musing on dystopian political agendas with muscular 80s house-inflected score and is streaming everywhere now/

Like Duran Duran and The Human League arm-wrestling with Chvrches and Justice, NOPRISM join together the forces of new wave with synthwave and put them on steroids. Formed last year in the midst of the pandemic, the band have come to specialise in addictive, ground-breaking electronic pop destined for the dancefloors of the future.
In spite of the limitations of lockdown, word about NOPRISM is proving uncontainable. With their single ‘Pantherbeat’ catching the ear of Radio 1’s Jack Saunders, previous release ‘Happiness’ was also championed by Duran Duran’s Simon LeBon as ‘perhaps the best new song ever’. A testament to their confident sound, before forming NOPRISM members have notched-up notable achievements with previous projects including sessions at Maida Vale for BBC Radio 1 and interviews for both Steve Lamacq and Zane Lowe, alongside an MTV tour with Editors and festival appearances at Reading/Leeds and Wireless Festival.
Restricted from performing during the last 18 months, the quartet finally cut their teeth with their first ever live show at Little Buildings, Newcastle in Summer 2021 to a sell-out crowd. Using the time away from the live stage to arm themselves with a clutch of powerfully persuasive retro-futuristic masterworks, this is only the beginning for NOPRISM. With new single, “Animosity”, out from 5 August 2021, expect much more to come from the North East’s most promising new band.
NOPRISM are: Andrew Young, Mark Nelson, Phil Taylor and Alex Hindle.
NOPRISM – NEW SINGLE: “ANIMOSITY” – OUT NOW
STREAM HERE || WATCH VIDEO HERE
FOR MORE INFORMATION:
Twitter: https://twitter.com/thisisnoprism
Facebook: https://www.facebook.com/thisisnoprism
Instagram: https://www.instagram.com/thisisnoprism/
Soundcloud: https://soundcloud.com/thisisnoprism