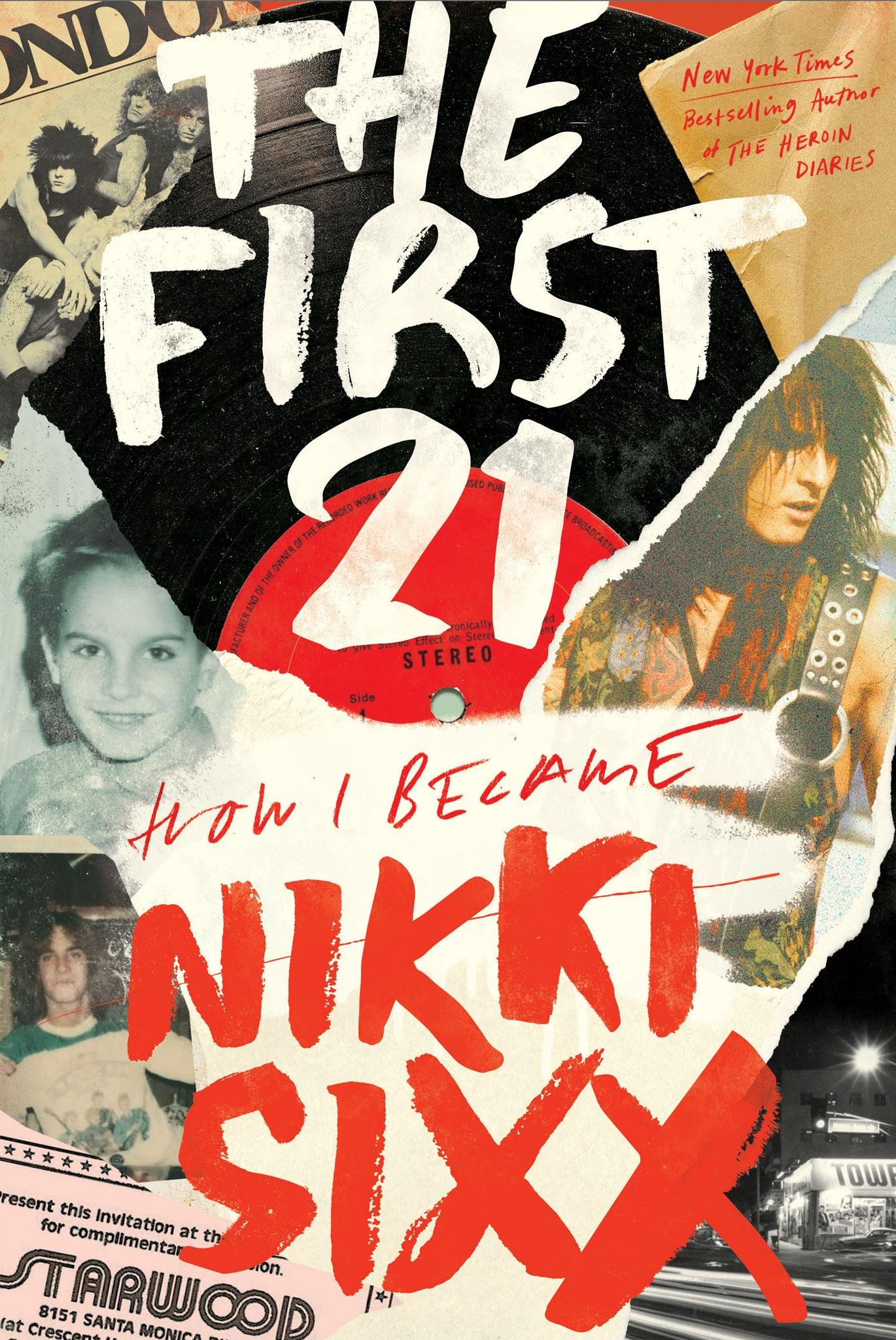 THE FIRST 21 is now available for pre-order

June 16, 2021, NEW YORK – Mary Ann Naples, VP and Publisher of Hachette Books, announced today the forthcoming publication of THE FIRST 21: How I Became Nikki Sixx (Hachette Books, 10/19/21), by three-time New York Times best-selling author and rock icon Nikki Sixx. The book is edited by Executive Editor Brant Rumble, who acquired World rights in a deal with Chris Nilsson of 10thStreet Entertainment, and will be available in hardcover, eBook, and an audio edition by Hachette Audio.

Nikki Sixx is one of the most respected, recognizable, and entrepreneurial icons in the music industry. As the founder of Mötley Crüe who is now in his twenty-first year of sobriety, Sixx is incredibly passionate about his craft and wonderfully open about his life in rock and roll, and as a person of the world. Born Franklin Carlton Feranna on December 11, 1958, young Frankie was abandoned by his father and partly raised by his mother, a woman who was ahead of her time in some ways and deeply troubled in others. Frankie ended up living with his grandparents, bouncing from farm to farm and state to state. He was an all-American kid—hunting, fishing, chasing girls, and playing football—but underneath it all, there was a burning desire for more, and that more was music. He eventually took a Greyhound bound for Hollywood.

In Los Angeles, Frank lived with his aunt and his uncle—the president of Capitol Records. But there was no short path to the top. He was soon on his own. There were dead-end jobs: dipping circuit boards, clerking at liquor and record stores, selling used light bulbs, and hustling to survive. But at night, Frank honed his craft, joining Sister, a band formed by fellow hard-rock veteran Blackie Lawless, and formed a group of his own: London, the precursor of Mötley Crüe. Turning down an offer to join Randy Rhoads’ band, Frank changed his name to Nikki London, Nikki Nine, and, finally, Nikki Sixx. Like Huck Finn with a stolen guitar, he had a vision: a group that combined punk, glam, and hard rock into the biggest, most theatrical and irresistible package the world had ever seen. With hard work, passion, and some luck, the vision manifested in reality—and this is a profound true story finding identity, of how Frank Feranna became Nikki Sixx. And it’s a road map to the ways you can overcome anything, and achieve all of your goals, if only you put your mind to it.

“You’ve heard the tales of excess and debauchery. All the peaks and the valleys that came with rock and roll stardom and my life in one of the world’s biggest bands. This is the story that you haven’t heard. The one that led up to those stories,” said Sixx. “It’s the intimate, personal story of how an innocent Idaho farm boy with a burning dream and desire—for music, for love, and for fame— became the notorious Nikki Sixx. I believe our first twenty-one years have a lot to do with shaping who we become. These are my first twenty-one, and it’s my hope that they thrill and inspire you to invest in your own, biggest dreams.”

“Whether you’re a Mötley Crüe and Nikki Sixx fan or not, if you’re looking for a memoir that transports you back to the ‘70s and early ‘80s, and that—for those who lived it—will reacquaint you with the vinyl collection your parents threw out in the ‘90s, then this is your book,” said Publisher Mary Ann Naples, “and the larger themes of getting to know who you are and taking control of your identity certainly resonate now in the still-new 2020s.”

Nikki Sixx is an international rock icon, founding member of Mötley Crüe and Sixx:A.M., three-time New York Times best-selling author (with The Heroin Diaries, This Is Gonna Hurt, and Mötley Crüe’s The Dirt), philanthropist, photographer, and addiction recovery advocate. Sixx had the #1 nationally syndicated rock radio show, Sixx Sense with Nikki Sixx on iHeart Media, for seven years. In March 2019, Sixx premiered Mötley Crüe’s hit Netflix biopic, The Dirt, based on the band’s 2001 autobiography. Sixx has been a long-time advocate for expanding the support services for people in recovery from substance use disorder (SUD). He has given testimony on Capitol Hill, made frequent media appearances to discuss his experiences, and authored op-eds on the subject in major publications. It is Nikki’s strong desire to help make a change for the better regarding what is our country’s most prevalent public health crisis.