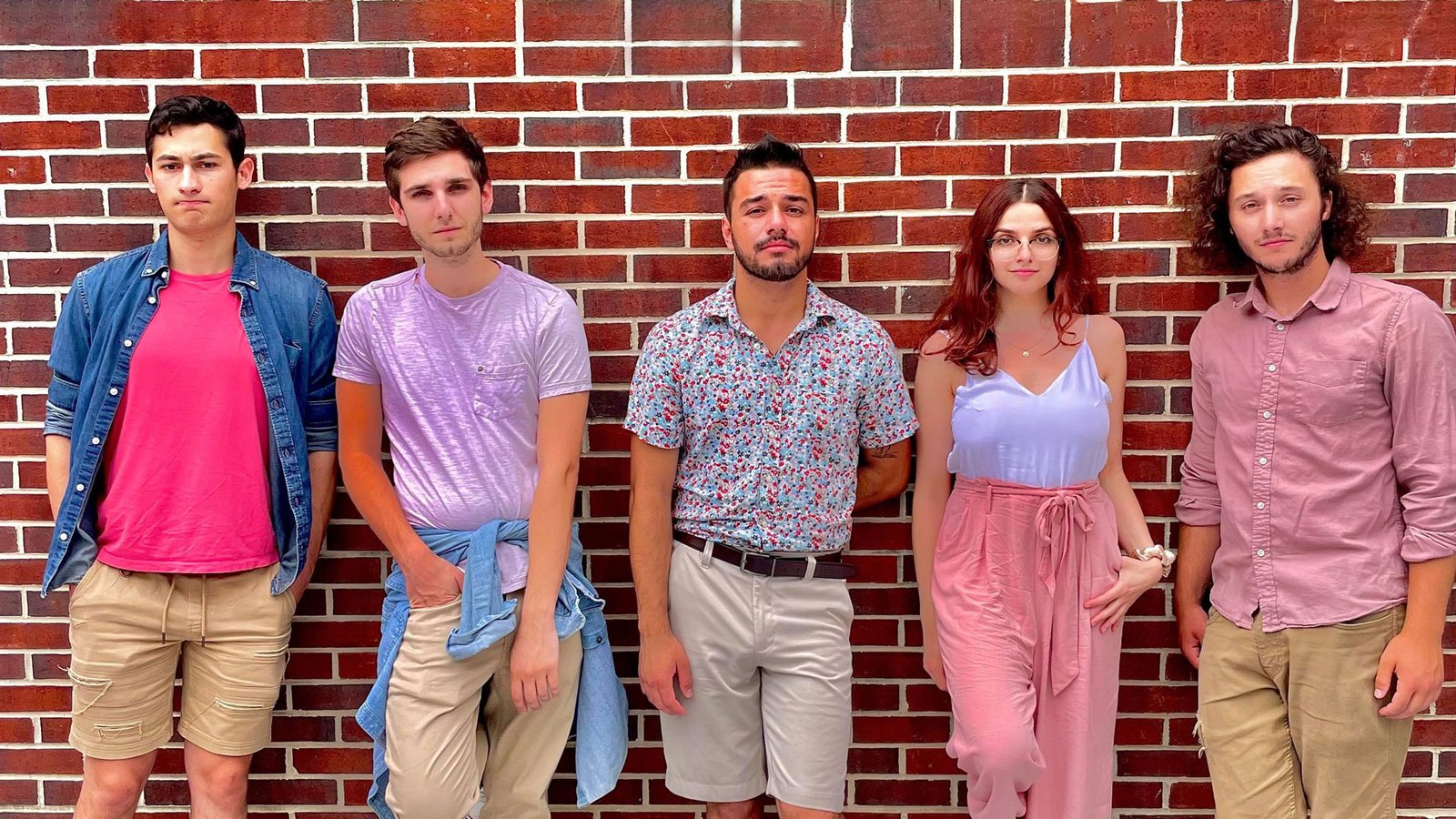 Bobby Gioiosa (Lead Vocals): “I grew up with a CD of Queen’s Greatest Hits in my parents’ car, and it was pretty much the only thing I would allow us to listen to as we drove around. I’d always been captivated by Freddie Mercury’s high register and the band’s melodies,  which influenced the kind of music that I started off singing.”

Steve Dorris (Drums): “I really enjoy Jason McGerrs drumming. It’s so impactful and groovy and memorable, at least to me. They just stick in your head. I wanted to make the drum parts for our records the same way, and used songs like these as a major influence.”

Matt Wikstrom (Lead Guitar): “When it comes to writing, I always like to blend catchy pop hooks with darker lyrical themes. I’ve looked to synth-pop for inspiration my entire life, but CHVRCHES blend those two aspects better than anyone in pop music right now. Their new record ‘Screen Violence’ is a benchmark for the kind of music I want to write.”

Cooper Gould (Rhythm Guitar): “I love the process of creating intricacies and nuances in music from the simplest of starting points. One of the artists doing this best right now I think is Harry Styles; his songs give so much to the listener despite being built upon straightforward fundamentals. To add my voice to the chorus that’s been influenced by it, I think ‘Watermelon Sugar’ is a fantastic example of this kind of songwriting.”

Mandy Pasqualini (Bass): “With bass, I think it is really important to know when the sound should be in the forefront or background of a song. Is its purpose to complement the rhythm or be the most identifiable instrument? I find myself loving music most that answers yes, and finds a way to craft both styles together in one song. The Arctic Monkeys were the band that first sculpted this idea in my mind, and they still continue to be one of my biggest influences. My favorite example, though, is Nirvana’s ‘Love Buzz (Remastered)’.

With the release of the debut EP ‘Wonderland’ in 2020, New York’s Start The Week Over stated their ambitions with a punk seasoned, pop-rock collection, moulding a sound that blends big hooks and intricate guitar work.

…a pop-punk gem with a massive hook. – Groundsounds

Moving into the second half of 2021, whilst the pandemic has kept the band apart physically, the quintet have allowed their natural creative flair and writing to flourish on social app Discord, through which a host of the band’s new track were conceived.

Subsequently the new material showcases a dexterous array of influence, reflective the collaborative process, nods to the likes of Dance Gavin Dance, The 1975, Carly Rae Jepsen and Modern Baseball all evident on the young East Coast group’s latest material.

Having earned tastemaker press support from the likes of Kerrang, Idobi Radio and Loudwire, the release of new single You on My Mind opens a new chapter for the Big Apple breakouts, as they continue to push their creative and aspirational targets.

“…an addicting melody” – The Alt Club

Listen to “You on My Mind” HERE.