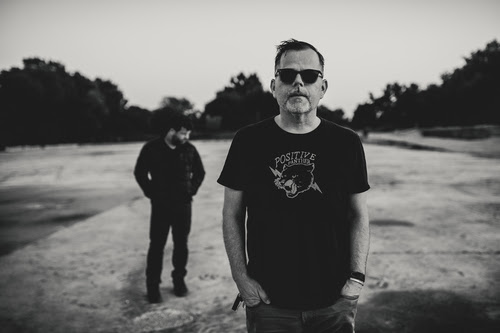 Strays Don’t Sleep by Audrey Spillman
“Neilson Hubbard has established a feel and approach that’s been trusted by many of the city’s finest songwriters and recording artists.” – WMOT

“While their self-titled debut album is a work of fragile, studio-bound electronica, the five-man group’s live set had a more robust, rock-band feel to it, especially when the guitarist Brian Bequette rolled out clusters of high, ringing notes during the majestic climax to Cars and History.” – The London Times

“Ryan and Hubbard tell the story of a character that is at their breaking point, about to lose themselves amidst the insanity. With a folksy and moody appeal, the two strip down to the noise of the world and remind us what truly matters.” – American Songwriter
STRAYS DON’T SLEEP // A SHORT FILM FOR A LONG STORY (OCTOBER 30th)
After 15 years of silence, Nashville-based ambient folk duo Strays Don’t Sleep returns with their new track “I Walked Away,” which encapsulates the anxieties bandmates Matthew Ryan and Neilson Hubbard, as well as the rest of the world, faced during the unprecendented times in 2020.
Ryan — already a celebrated songwriter whose albums mined the intersection of folk, punk, and blue-collar roots-rock — would go on to release 12 acclaimed recordings over the next 14 years, mixing sharply-written autobiography with character-driven songs about heartbreak, hope, and humanity. Meanwhile, Hubbard’s stature as one of Nashville’s go-to producers, engineers, and photographers would grow to greater heights during the 2010s, a decade that found him working with everyone from Mary Gauthier (on the Grammy-nominated Rifles & Rosary Beads) to John Prine.
As each artist’s solo career began to take off, Strays Don’t Sleep proved to be short-lived and ended up being on the backburner.  While Ryan and Hubbard gained more and more notoriety individually,  Strays Don’t Sleep — the eponymous album they’d recorded in Nashville, released on Bjork’s record label, and supported with plenty of touring on both sides of the Atlantic — only grew in renown. A cult favorite and critical triumph, the album became a commercial success during the streaming era, with the single “For Blue Skies” racking up nearly 4 million plays on Spotify alone. Even in hibernation, Strays Don’t Sleep couldn’t help but leave a mark.
Now in 2020, A Short Film for a Long Story brings Ryan and Hubbard back together for the first time in 15 years. Rooted in minimalism, melody, and moody atmosphere, the four-song EP offers up its own brand of earthy, cinematic indie-folk. It’s hushed one minute and calmly anthemic the next, with organic soundscapes punctuated by acoustic guitar, upright piano, and Ryan’s rasped voice. You could call it a collection of lullabies for adults. The songs  — driven forward by lyrics about prizing our collective humanity above destruction — make a strong case for turning on and tuning in, rather than dropping out.
A Short Film for a Long Story was recorded in East Nashville, making use of their studio’s high ceilings to fill the music with a sense of ethereal, spacey ambiance. They wrote the songs together, drawing not only upon the collaborative spark that fueled Strays Don’t Sleep’s original fire back in 2005, but also upon the creative skills they’d both sharpened during the 15 years since. The goal was to make a record that sounded distinctly human — a record that used technology to widen the sound, while still maintaining an organic core.
A Short Film for a Long Story unfolds like the soundtrack to a 16-minute montage in some forgotten movie, with each song building upon the next. The themes (redemption, optimism, and an embracement of the joys of being alive) are universal enough, but the sound itself belongs to Strays Don’t Sleep, even as it also nods to Tom Waits, Frank Sinatra, Bjork, and other artists who fill their own music with nocturnal nuances.
15 years after introducing Strays Don’t Sleep to the world, Matthew Ryan and Neilson Hubbard are still making music worth staying awake for.