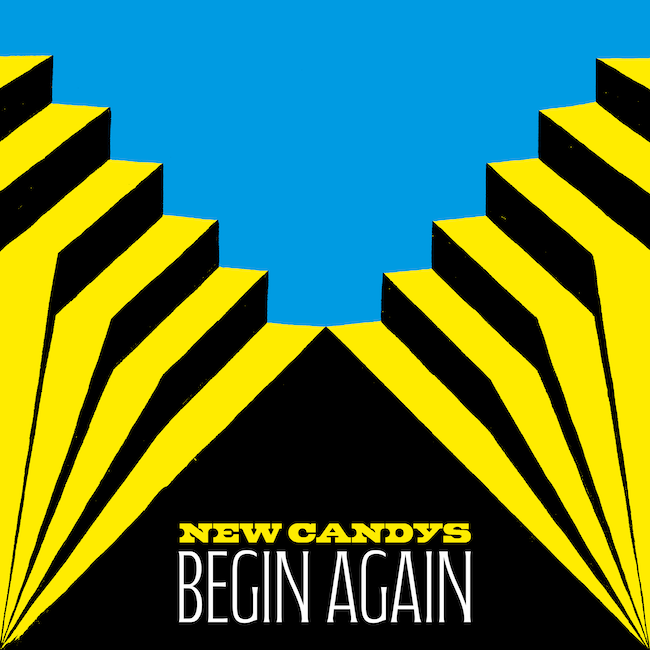 New Candys have recently announced the release of their new album ‘Vyvyd‘, out on 4th June via Little Cloud Records/Dischi Sotterranei/Fuzz Club.
Following the release of album opener ‘Twin Mime’ last month, the band have shared new track ‘Begin Again’. “It’s the closest thing to a love song that’s on this record”, they explain, “It’s about how we sometimes think about an ended relationship, and the only thing that’s left is just the memory of it. The bass line came first, then the chords and vocal melody. It is the first time that we used a drum machine instead of the traditional drum kit”.
LISTEN TO ‘BEGIN AGAIN’ HERE
The single is accompanied by a video, directed by Ivana Smudja. She says: “Begin Again is the story of Lea and Mel Stevens, two twin sisters who exchange personalities from time to time. Whenever they secretly encounter, one of the two is set free, free from ordinary life, until they meet again. The video was filmed in Groesbeek (The Netherlands), during one of the coldest months of the year and during lockdown. We were not allowed to gather with more than two people outside and the woods were the safest place where to hide and film (keeping distance and wearing our masks, of course)”.
WATCH ‘BEGIN AGAIN’ VIDEO HERE
Known for their relentless touring schedule and DIY work ethic, New Candys are one of the most solid independent bands of recent years.
‘Vyvyd’ follows up on the widely acclaimed third album ‘Bleeding Magenta’, which saw them tour non-stop across Europe, UK, North America and Australia.
Recorded at Fox Studio in Venice, Italy by Andrea Volpato and mixed and mastered by Grammy Award producers Tommaso Colliva (The Jesus And Mary Chain) and Giovanni Versari respectively, ‘Vyvyd’ is the first record made by the new line-up of Fernando Nuti, Andrea Volpato, Alessandro Boschiero and Dario Lucchesi. It will be available through Little Cloud Records and Dischi Sotterranei, plus an exclusive vinyl edition via Fuzz Club.
“I’ve started to sketch some songs for the record during a very tumultuous period for the band, with many line-up changes between the end of 2017 until mid-2018, but as soon as the new line-up formed, the excitement to create new music together was overwhelming and helped the creative process immensely,” says frontman Fernando Nuti.
The record was written and recorded in different sessions, fragmented over two years from 2018 to 2020, in between tours. “There was an urgency for us to evolve, to find a new chemistry and to convert it into something creatively fulfilling, something that could surprise us. The aim was to expand our sound into new territories. Everyone in the band brought new ideas and influences to the table. We dived deeply into digital recording techniques, embracing them, using loops, real and virtual synths and drum machines, balancing them with the dirty analog sound the band always had”.
‘Vyvyd’ concentrates on vocal melodies, has more choruses and includes electronic elements that have significantly expanded their sonic palette making it more vast, rich and fuller than ever before. “We also looked for a danceable element this time, that’s something we’ve always loved and wanted to explore further”. In a way it shares similarities with their debut album, featuring contrasting moments from one extreme to another, with some eerie and penetrating but also intimate and melancholic songs.
The album’s visual and lyrical themes are carefully crafted with both hidden and subliminal messages. “Of course we’re influenced by our own personal lives and the world around us, but we have always considered our music to be devoted and connected to visions and images, inspired by dreams and nightmares rather than reality, so ‘Vyvyd’ is a reference to this aspect. Vivid memories, vivid colours, sonically speaking our ideas and goals are clearer than ever”.

The artwork goes hand in hand with the music and the lyrics “This record has its own mythology. We played with religious, pagan and archetypal symbols, which have been distorted through our lens. If we had to sum up the album in one concept it would be the contradiction of light: God/good is often represented with a bright glow, whilst Lucifer, the personification of evil, means light-bearer. We’ve been inspired by the visionary cinema of Kenneth Anger and Alejandro Jodorowsky among others”. 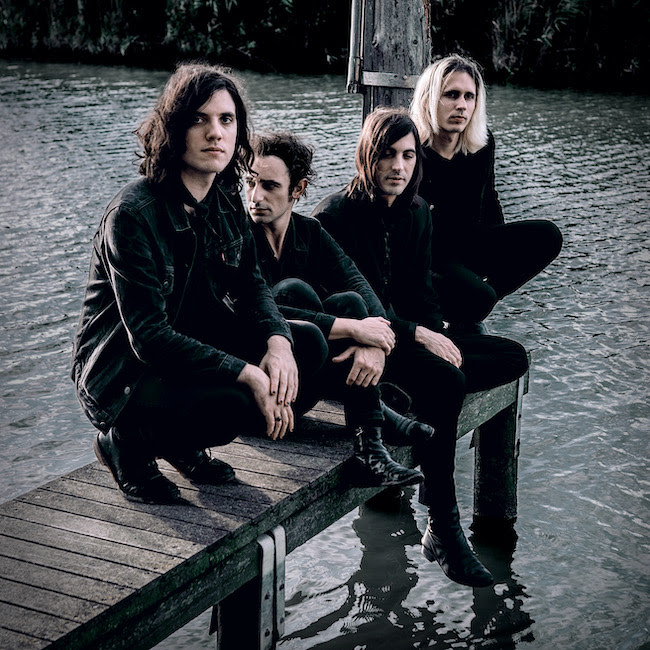