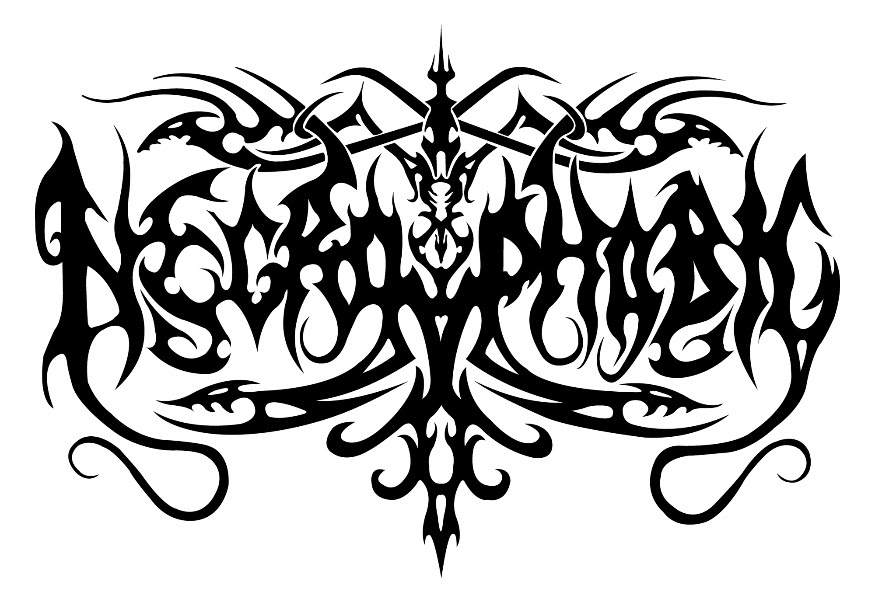 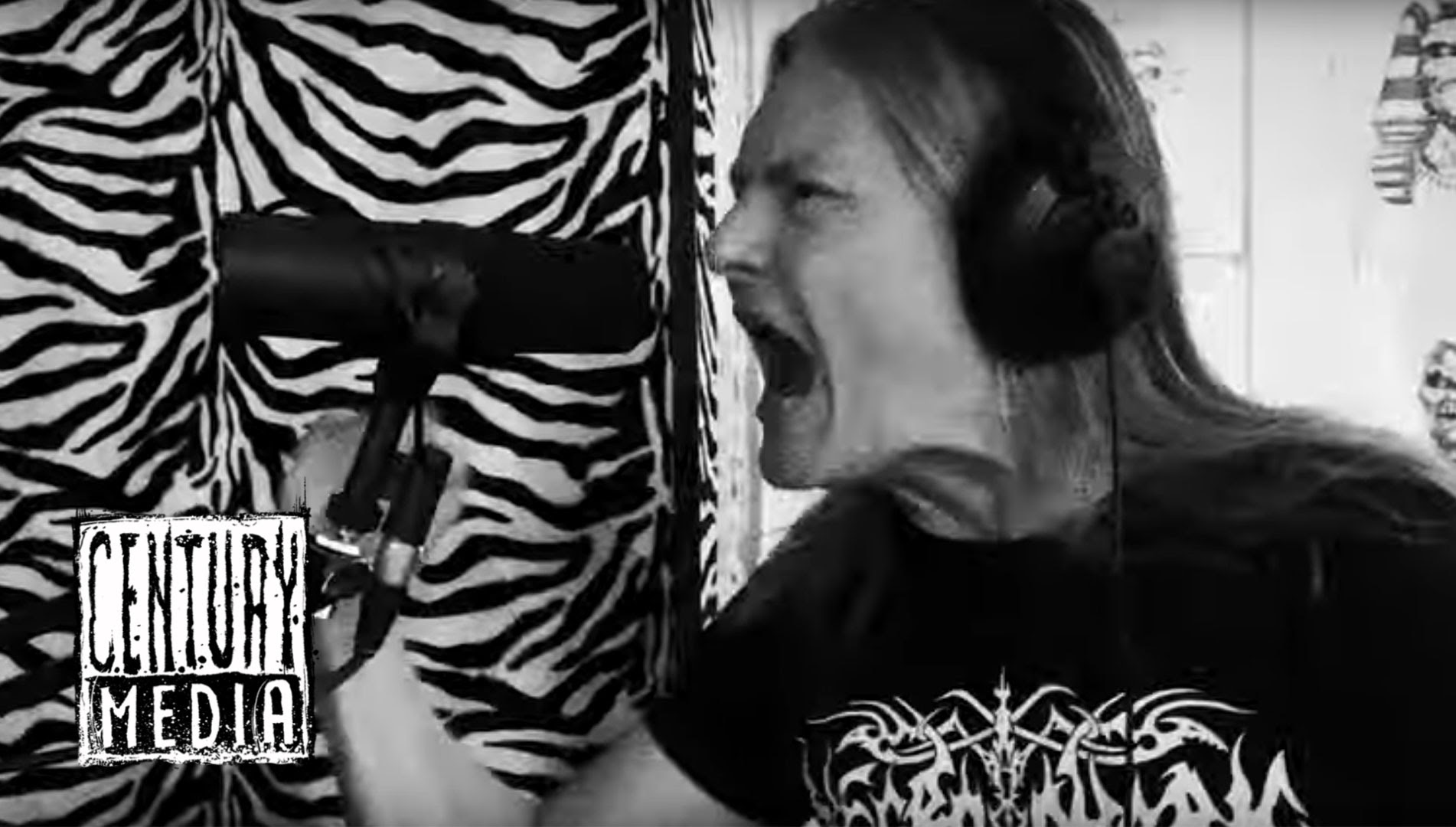 “Devil’s Spawn Attack” comes together with an official music directed by Henrik Hedberg & NECROPHOBIC, which shows the band and their special guest vocalist – DESTRUCTION frontman Schmier – performing in the recording studio/s. Check it out here: https://youtu.be/8V-UfAzwaMo

NECROPHOBIC comment: “On our upcoming album “Dawn of the Damned” we have got a very special guest appearance by Schmier of DESTRUCTION. Earlier this year when we were working on the album, we felt that one of the songs would fit this legend just about perfectly and we are grateful he accepted our invitation! He made a fantastic contribution on our song ‘Devil’s Spawn Attack’ and here you can see and hear the result in form of a video of our collaboration.”

Schmier (DESTRUCTION) has the following to add: “What a killer tune this is! I heard the song for the first time when the band asked me to check out the track, I was caught right away by the old school approach and the in your face songwriting! Killer stuff and great fun in the studio, I hope the fans will dig it as much as I did when we recorded my part in Switzerland with my buddy V.O. Pulver!“

“Dawn of the Damned”, which was recorded and mixed by Fredrik Folkare (Unleashed, Firespawn, etc.) and which once again comes with artwork by Kristian “Necrolord” Wåhlin, will be available as Ltd. 2CD Mediabook & Patch, Gatefold colored & black LP with LP-Booklet & Poster, Standard CD Jewelcase and Digital album and is ready for pre-order here: https://necrophobic.lnk.to/DawnOfTheDamned

The album’s limited coloured vinyl options are the following: 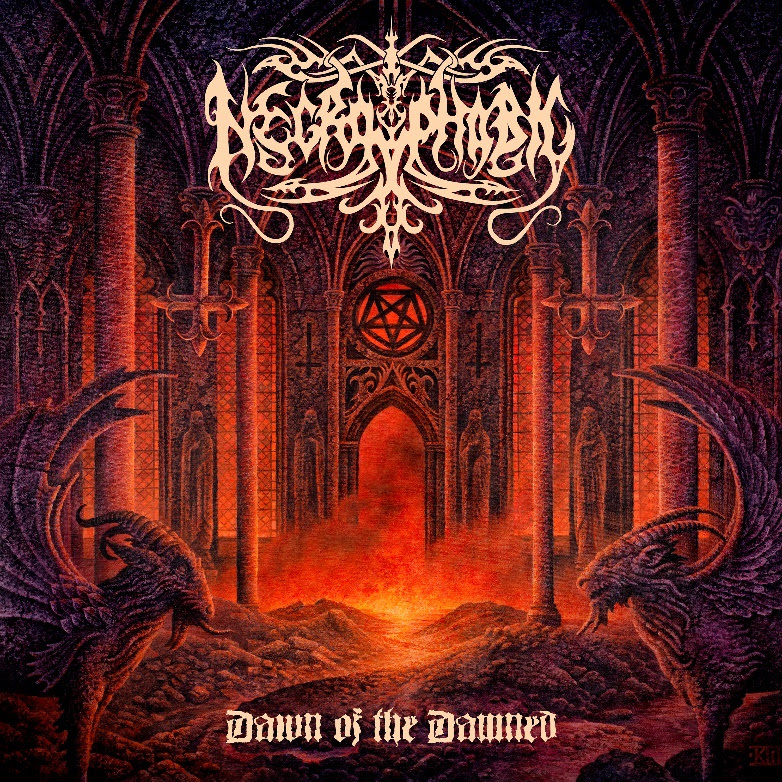 “Dawn of the Damned” Track listing: With thirty years of active, nefarious service under their bullet belts, NECROPHOBIC are undisputed legends of the death and black metal underground. Formed in 1989 by drummer Joakim Sterner, the Stockholm blackhearts propagated a singular and fearless vision from the very start, confirming their prowess with now legendary debut album The Nocturnal Silence in 1993.

Despite numerous line-up changes and moments of turmoil, NECROPHOBIC’s dark light has never dimmed. As a result, when the band’s most efficacious line-up reconvened for 2018’s “Mark Of The Necrogram”, it was obvious to fans and critics alike that the Swedish quintet were back to the blistering form that first cemented their reputation. With guitarists Sebastian Ramstedt and Johan Bergeback back in the fold after a five-year hiatus, it was a self-evident career peak for all concerned. Not just the best sounding record of the band’s career, but one of the most monstrously dramatic and destructive records of the decade, it made the prospect of the next NECROPHOBIC album even more mouth-watering. Fast forward to 2020 and chief songwriter Ramstedt has summoned another breath-taking eruption of otherworldly malice, this time bearing the title “Dawn of the Damned”.