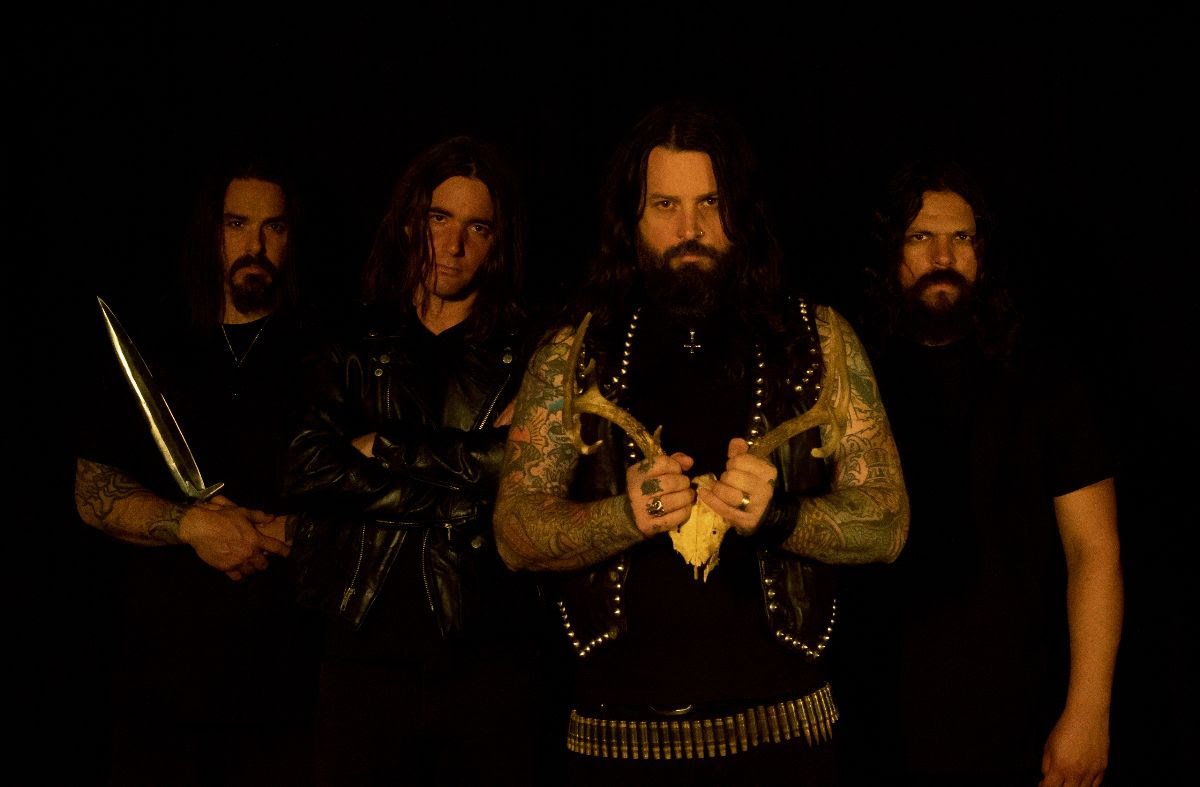 Texas has quickly become my favourite part of the world.

Not only is it a kickass state it is also home to some of the best metal bands in recent years.

Frozen Soul, Creeping Death, Tribal Gaze, Malignant Altar just to name a few. Necrofier arent a new band but within a short space of time, they have created some already top tier music.

Their first full length “Prophecies Of Eternal Darkness” is my favourite black metal album of 2021.

“Prophecies of Eternal Darkness” is something to be marvelled at. As a whole, it’s a phenomenal black metal album.

But weaved within the fabric that makes it so great is the small glimpses of multiple other genres. Be it heavy metal, death metal or even goth.

This isn’t one dimensional like others. Mixing the Norway style of black metal with its raw intense sound with the more epic & larger soundscapes of say Behemoth or Watain.

From the first track “The Black Flame Burns” Necrofier opens hell’s gates with a barrage of frantically strummed tremolo riffs, Bakka Larsons’s agonizing screams & a rhythm section that is so tight & locked in its beyond belief.

The production on this album is top-notch & is one of the reasons why it’s so raw but still thick & so solid. Recorded at Crown of Thorns Studio (Houston, TX) with production, mixing, sound engineering handled by Dobber Beverly, this album is consistent throughout with its top-level sound.

“Madness Descends” opens up with a clean but also eerie single guitar. Playing a beautiful passage as fainting underneath the sound of chatter with swirling winds before the track erupts into full force.

This track is the most “classic black metal”. A stripped backtrack but full of piss & vinegar. With a really catchy chorus that had me bobbing my head the whole time.

Later on in the album, we see the larger, more epic side of the album with “Death Comes to Us All”. This track has a thick & meaty throughline that is from start to finish, Reminding me of Black Anvil, another great USA based black metal band they keep the aggression of the core sounds but keep the track exciting all the way through.

The bridge stops to a single guitar thrashing solely before the band come back in on a dime & gives this real epic feel to the track that some bands miss out on.

Necrofier within one album does what may seem like small things within songwriting but what it does is leave the listener’s ears more engaged. Not one time did my mind wander on the repeated listens of this album.

The closing track on the album is a masterpiece in creating a soundscape, ambience & something memorable.

Using potent & thought-provoking samples in conjunction with the band digging & chaotic sound, waves of distorted guitar, thunderous drums coalesce into a journey into the dark side of the human spirit.

They are a band creating art that is surpassing all boundaries.

“Prophecies Of Eternal Darkness” is by far the best black metal band of the year. Not only that, it’s one of the best debuts of the year too. 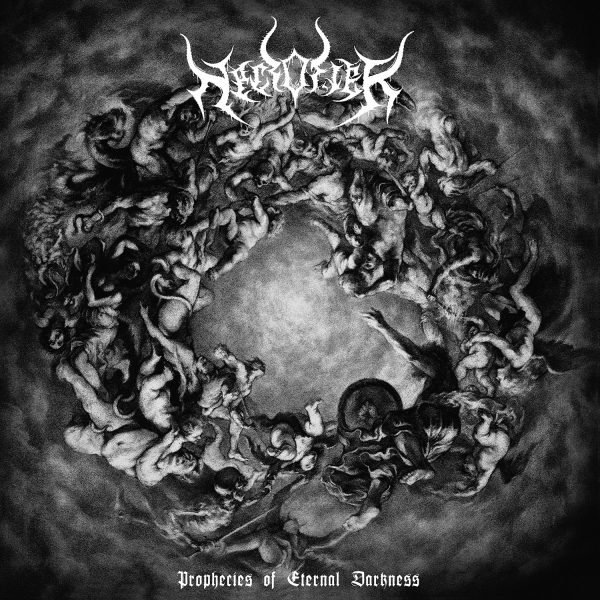 2.Darker than the night

5. Death Comes to Us All

7. Betrayal of the Queen