FROM UPCOMING ALBUM “THROES OF JOY IN THE JAWS OF DEFEATISM”

UK Grindcore pioneers NAPALM DEATH are soon to release their new studio album “Throes of Joy in the Jaws of Defeatism” on September 18th, 2020 via Century Media Records.

To further demonstrate the wide stylistic array explored on the album, NAPALM DEATH are now launching a single/video clip for the closing track “A Bellyful of Salt and Spleen”. Check it out in a video clip created by Sam Edwards & Khaled Lowe of A-Side Films / www.a-sidefilms.com here:https://youtu.be/TLKjpobj4vg

NAPALM DEATH’s vocalist Mark ‘Barney’ Greenway commented about the song/video as follows: “’A Bellyful of Salt and Spleen’, you could say, is about building and breaking down in the same discordant breath. The building came in the sense of many layers of coruscating industrial ambience, all marching to the beat of a home-made drum kit consisting of rubbish bins, oil drums and industrial screw parts and other bits that Shane could find littered around the studio grounds. The scope and gravity and density just demanded a vocal that was as baritone and anguished as I could push out of myself.

The breaking down side of it was the intention to just focus minds to understand that people who traverse continents, suffocate in confined spaces or drown grasping for assistance are as keen to live in dignity and peace –  and without violence and hunger – as the rest of us. As ever, quite simply, we are all human beings and if that means anything anymore, a helping hand is the least we can offer.

Sam Edwards & Khaled Lowe, directing the video, really focussed our minds in the way they wanted to drill down into the indifference generated around these things – via some incredible animation and suchlike married to the stuttering engines of unseaworthy vessels and the precision shunt of our industrial pounding. The whole visual concept of beach life going on around bodies washed up on the shore is a grotesque scenario that illustrates how meaningless those we can’t connect to our own small universe can become.”

And video directors Sam Edwards / Khaled Lowe from A-Side Films added the following comment: “This film was commissioned by UK Grindcore pioneers NAPALM DEATH. Both the song & video address the disturbing prevalence of the “anti-outsider” in contemporary society; from popular right wing publications filled with hate-fuelled rhetoric through to the chilling nonchalance of holiday makers found relaxing in front of washed up corpses.

Based on real events, the film uses a combination of live action and animation to depict a doomed voyage; Escaping their ruined city, a family of refugees meet a tragic end when their boat sinks during a storm. As the dinghy sinks near the shoreline, indifferent tourists party & picnic. Bodies wash up on the beach while people take selfies, heedless to the carnage behind them. The story concludes with images of a vast “sea cemetery” of floating gravestones & an obscure ghostly figure drifting on the horizon – these represent the countless lives lost in the pursuit of freedom from oppression and the ease with which they are forgotten.”

“Throes of Joy in the Jaws of Defeatism” is the highly anticipated follow-up to 2015’s acclaimed “Apex Predator – Easy Meat” album and the 16th (!) studio album effort by NAPALM DEATH. It was again recorded with longtime producer Russ Russell and features artwork by Frode Sylthe.
From the pinnacle of confrontational instrumental extremity and steadfast lyrical humanity, NAPALM DEATH’s new album warps musical landscapes all over again. “Throes of Joy in the Jaws of Defeatism” includes 12 songs seething with caustic evolution and unrelenting scope. Here is the track-listing for the standard edition of the album: 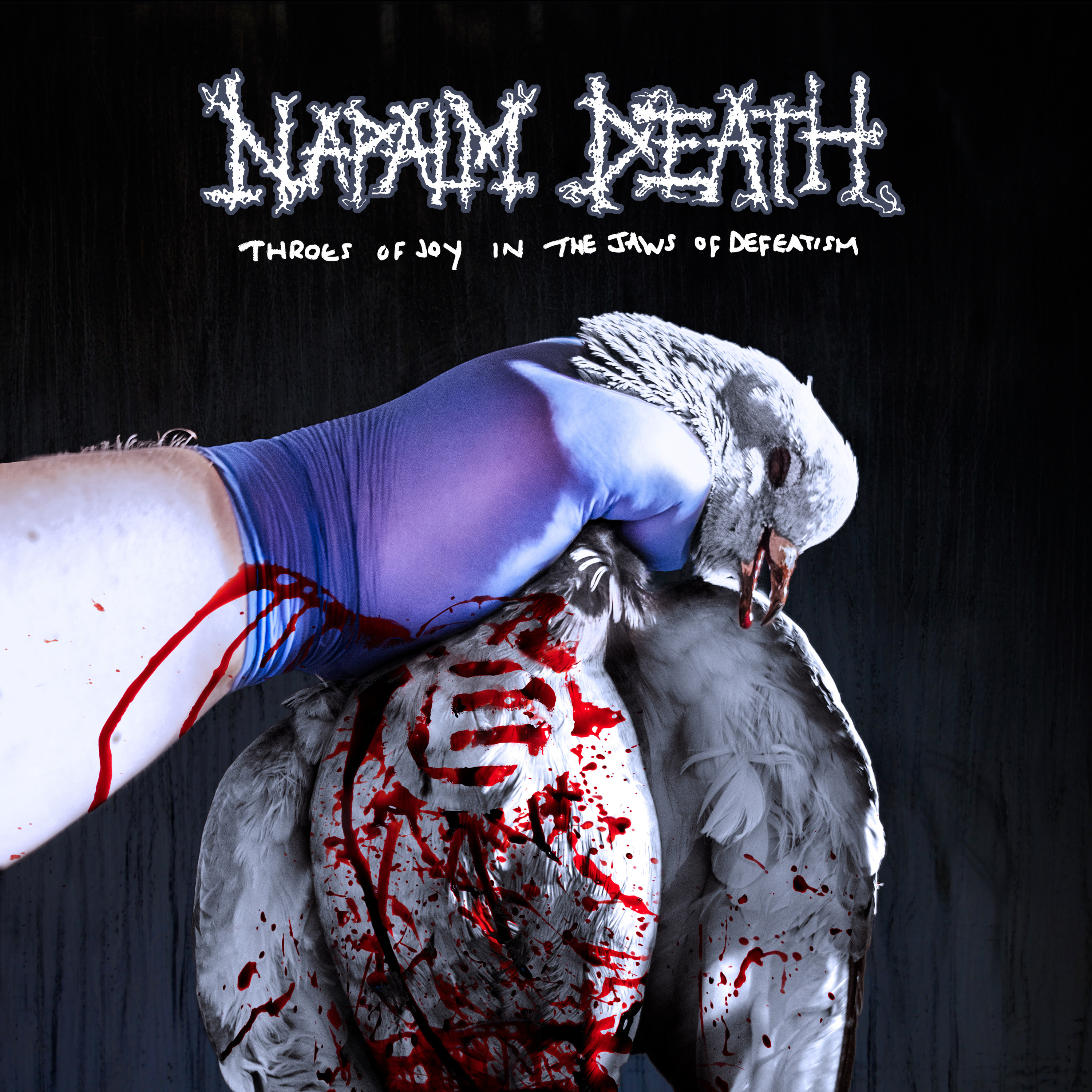 Next to the Jewelcase CD edition of the album, “Throes of Joy in the Jaws of Defeatism” will also be available as Digital album and as limited Mediabook CD (+ Patch) with 3 bonus-tracks: “Feral Carve-up”, “White Kross” (Sonic Youth cover-version) and “Blissful Myth” (Rudimentary Peni cover-version). The vinyl version of the album will include a double-sided A2 poster and the bonus-track “Air’s Turned Foul in Here” in the following 180g. variations and limitations:

The pre-order for “Throes of Joy in the Jaws of Defeatism” in its various formats is available here: https://NapalmDeath.lnk.to/ThroesofJoyintheJawsofDefeatism

Earlier this year, NAPALM DEATH had released a quickly sold-out 7” / Digital EP entitled “Logic Ravaged By Brute Force” to enhance their latest and extremely successful European touring run and to begin the campaign for the upcoming “Throes of Joy in the Jaws of Defeatism” studio album.

Or stream the EP via Spotify here: http://open.spotify.com/album/57fFOIV2veGlPlQuZNNJnZ 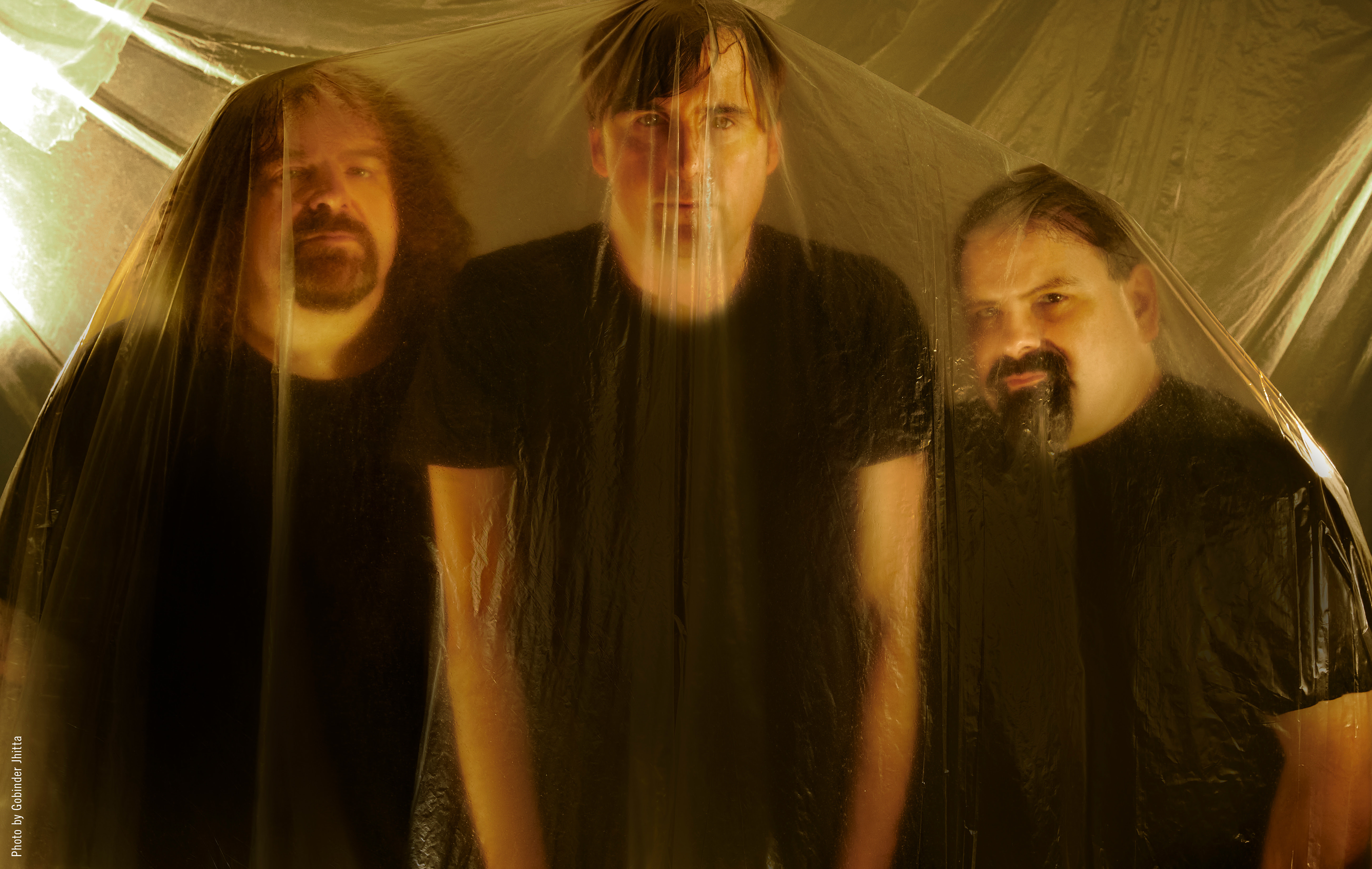