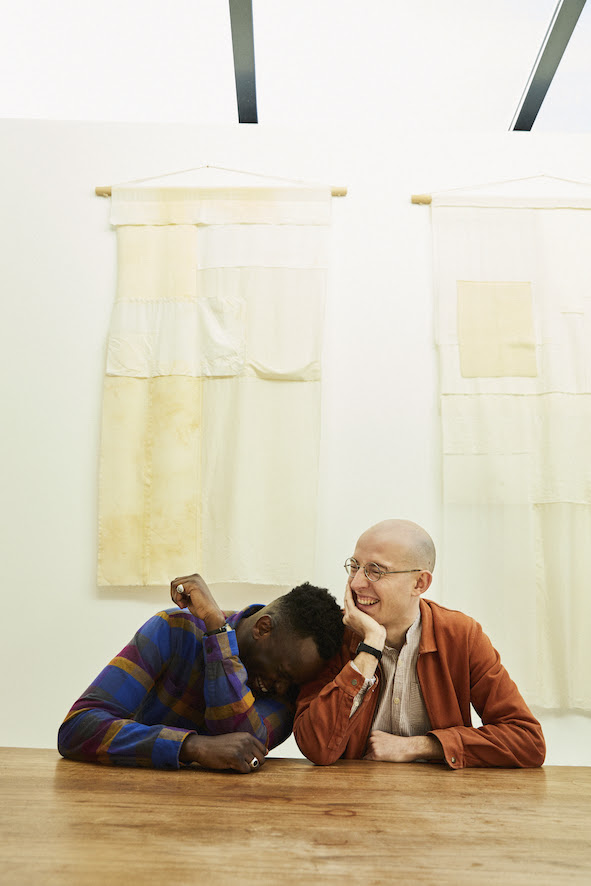 “Blowin Steam (Open Up Your Mind)” is the coming together of two masters of their craft, seamlessly blending their styles to create something fresh and forward-thinking. The track opens with Mr Jukes humming a breezy melody over a minimal beat, before Barney bursts through with his characteristically energetic delivery, “Okay we vibe with it / Open your mind with it / Hoping your people understand and they find spirit.” His charismatic style draws on some of his key influences, including Kendrick Lamar, Ghostpoet, Kano and A Tribe Called Quest. The track is designed to uplift listeners and blow away the cobwebs as the world prepares to reopen and have some fun.

Speaking about the track, Mr Jukes says: “Blowin Steam happened so organically. Our first proper session together… the beat immediately connecting with Barney and the lyrics written within hours.”

During a period of prolonged inactivity, Jack Steadman scratched an itch to do something new. He went by the moniker of Mr Jukes and released an album, God First, in 2017. We say ‘by himself’ but it was very much an open-door policy, resulting in a collaborative record that brought contributions by legends such as Charles Bradley, De La Soul, Horace Andy, Lianne La Havas, BJ The Chicago Kid and Lalah Hathaway. The project also features a contribution from Barney Artist, who Jack had quite simply stumbled upon on a Spotify playlist and never forgotten.

Barney’s music takes the vibrance of jazz infused hip hop but with a London feel. Growing up in Forest Gate, East London, Barney touches on conscious themes by way of lively, dynamic delivery to create something instantly likeable, like the artist. He’s a larger than life presence, fun to be around and a searing, peerless talent too. A collaborator by nature, Barney grew up around Tiana Major9 and Jay Prince and has made music with Tom Misch, Alfa Mist and Jordan Rakei.

Barney’s contribution to God First, “From Golden Stars Comes Silver Dew” (also featuring Lalah Hathaway) proved to be a standout. Bonded by the back catalogue of A Tribe Called Quest and a mutual love of the ever-changing landscape of modern hip-hop, the two artists instantly fell into step with one another. Now, Barney and Jack have come together to recreate the magic on “Blowin Steam (Open Up Your Mind)”. Expect more soon…