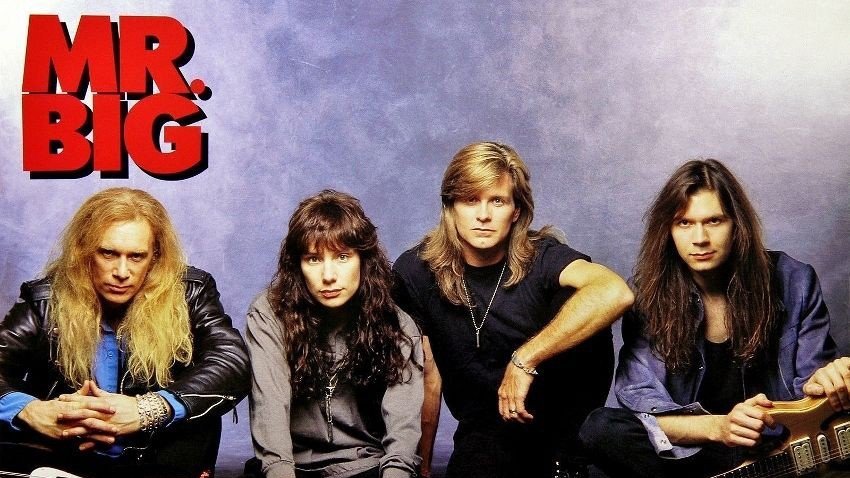 Unbelievably Mr. Big’s infamous recording Lean Into It which brought them their first and only no.1 hit on the Billboard Hot 100 with ‘To Be With You’ is turning 30 years old. Now that makes me feel seriously old, I think I wore this album out on Cassette and no doubt the CD has had more than its fair share of use too.

The guys in Mr. Big really need no introduction in the world of Rock but a wee mention would go a long way, a Supergroup of sorts with Paul Gilbert, guitar god-extraordinaire and Billy Sheehan, bass guitar god-extraordinaire, the late great Pat Torpey on drums and of course the instantly recognisable Eric Martin on vocals. These guys brought a new dimension to the world of Rock pushing the boundaries like no other, fusing melodic songs with highly technical prowess like no other. A work apart from many of the other bands, maybe the likes of Van Halen and Dave Lee Roth with Vai & Sheehan on bass gave us a taster of what could be, but Mr. Big brought us to the finish line with their own unique style.

This album was a stunner from start to finish, the albums opening track ‘Daddy, Brother, Lover, Little Boy’ was a statement of intent, a blistering riff to kick off the recording and a solo to take your breath away, the “Drill Song” as some remember it may have taken the headlines but that opening burst of speed and acceleration in the solo from Gilbert on that first scale is still on of my all-time favourite guitar lines. ‘Alive & Kickin’ brought us that bluesy, soulful vibe that Mr. Big had on tap and another great sing-along track, warbling along top-down cranked to the max, great summertime vibes right there. The other singles ‘Green Tinted Sixties Mind’ and ‘To Be With You’ will always be fan favourites but the 30th Anniversary Edition comes with remastered Original Cd and a second disc with 13 tracks offering an insight int earlier recorded versions some tracks as well as a few new tracks not on the original album.

For the 30th anniversary of the release. evoXS has remastered the album using the hi-resolution digital transfers from the original analogue master tapes for MQA-CD(2 CD), hybrid SACD, 180g Vinyl LP and Hi-Res digital. The hybrid multi-channel SACD plays on both SACD and regular CD players. MQA is an award-winning technology that delivers the sound of the studio. MQA-CD plays on all CD players. When a conventional CD player is connected to an MQA-enabled device, the CD will reveal the original master quality. The SACD has a new multi-track mix in 5.1 surround sound which provides the ultimate sound quality experience. The MQA-CD(2 CD) – disc 1 contains the remastered tracks from the original album and disc 2 contains the previously unreleased Kevin Elson produced tracks, Stop Messing Around & Wild Wild Women and hard to find bonus tracks, along with minus bass and minus guitar tracks, especially made for musicians to jam with.

What’s not to love, an iconic album remastered for 2021, one of the all-time great albums of the ’90s is here, bigger and better than ever for you to enjoy at your leisure.