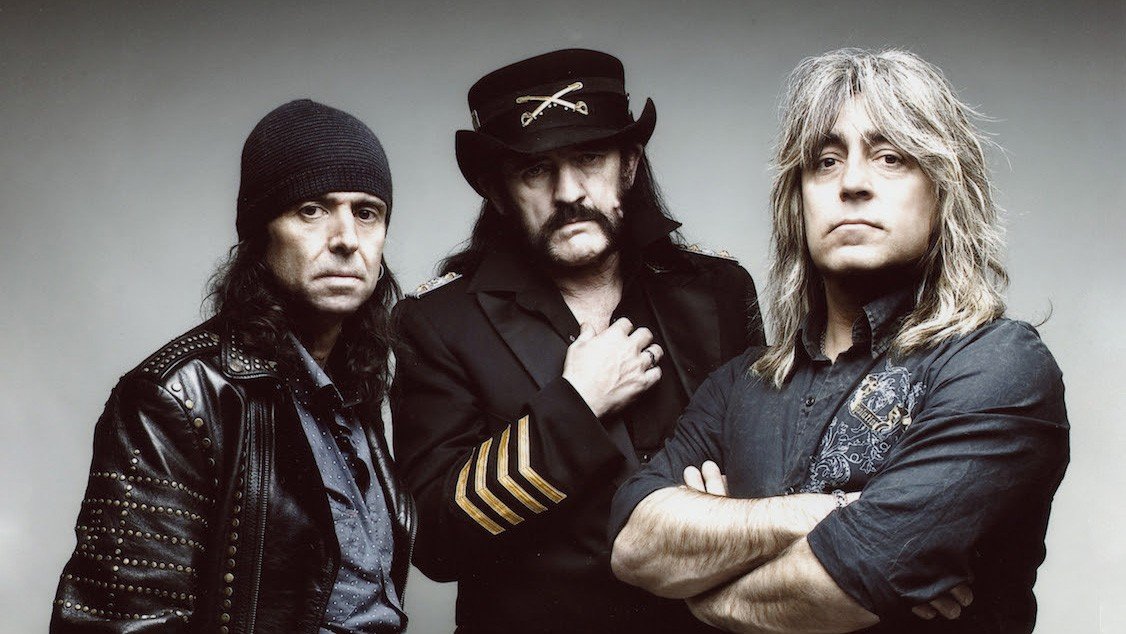 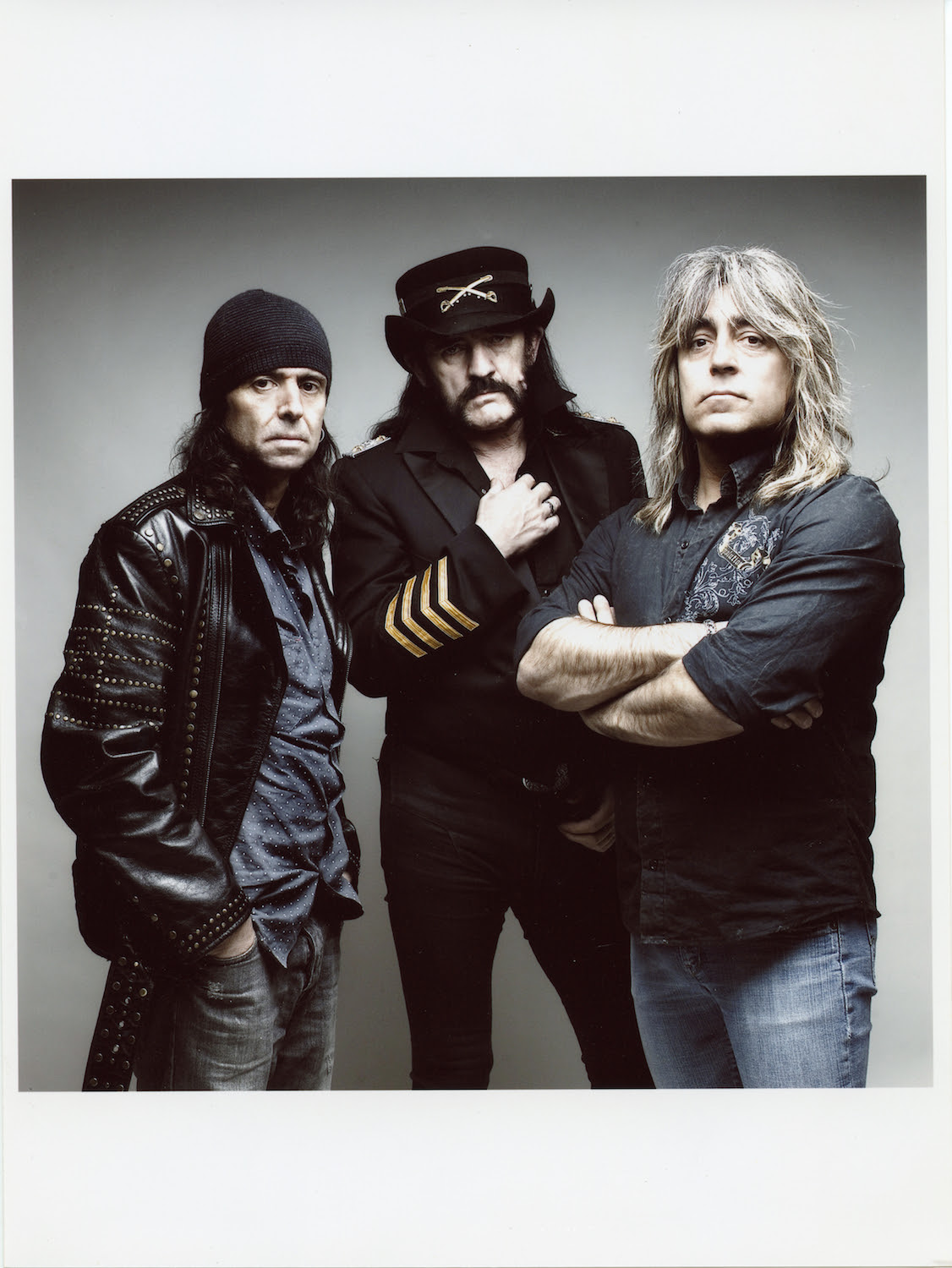 EVERYTHING LOUDER FOREVER
THE DEFINITIVE COLLECTION
OF THEIR LOUDEST EVER SONGS

WATCH A NEW VIDEO FOR
‘WE ARE MOTÖRHEAD’
PLUS PREORDERS & EXCLUSIVE
MERCH BUNDLES HERE –
https://motorhead.lnk.to/ELFPR

Motörhead… a life force, an energy, an attitude and the loudest, meanest, dirtiest music to smash the 20th and 21st centuries. With a bastard sound comprising an unholy synergy of rock, punk and heavy metal, Motörhead comes coated in relentless, ear-curdling power. They were life-changing for millions, carrying a spirit and approach to life and music which proudly said, “Honey, we’re hoo-oome, pour us a drink, because we’re here to enjoy ourselves!” The ‘off’ switch was never employed in the Motörhead lust for life, and they became legends as a result.

Leading the charge for their entire 40 year career, was the cultural icon Ian ‘Lemmy’ Kilmister, who swashbuckled around stages, streets and over seas like a glorious Mad Max pirate truth-sayer, roaring for the good and screaming at the wankers. With his propulsive sound and lyrical might leading the charge, Motörhead released twenty-two studio albums over those four decades, amassing chart topping records worldwide, a Grammy award and racking up around 20 million sales. Their hit song, ‘Ace Of Spades’, became Motörhead’s anthem, perfectly capturing their attitude for millions, and punching giant holes in stereos worldwide to this day.

Nothing was harder, nothing was faster, nothing packed more raw attitude and certainly nothing was louder, making Motörhead a cultural elixir that was regularly imbibed across all genre lines. Don’t take our word for it, look around any heavy metal, punk or alternative gig, and you’ll see the indomitable warpig logo and Motörhead gothic script on a t-shirt, a jacket, even an arm or leg or back (Motörhead tattoos are everywhere), all sitting on the bodies of rockers, metalheads, punks, bikers, rebels, outcasts, freethinkers and even athletes all around the world.

Yeah, that’s right, Motörhead’s cultural reach remains virtually peerless to this very day (the one you’re living right now as you read this), and it continues to span fans young and old, igniting their adrenaline and giving them both entertainment and identity.

This collection is the definitive assembly of Motörhead songs which have created this cultural phenomenon, and represents the first time all eras of the band’s recorded history have been represented in one place.

And we feel that if in this mad mad world we’re living in, some aliens decide to drop by your house for tea and demanding an explanation as to, “what the fuck is this ‘Motörhead’ that we keep hearing and feeling bits of in our extra-terrestrial houses millions of miles away,” you could happily play Everything Louder Forever and know that the question will be thoroughly answered. Buy two copies though, because you know they won’t leave without taking one themselves! Or something like that anyway…

See below for full details of the Everything Louder Forever and be sure to visit www.iMotorhead.com for news and updates!

2CD & 4LP TRACKLISTINGOverkill
We Are Motörhead
Snaggletooth
Rock It
Orgasmatron
Brotherhood Of Man
In The Name Of Tragedy
Bomber
Sacrifice
The Thousand Names Of God
Love For Sale
Killed By Death
I’m So Bad (Baby I Don’t Care)
Smiling Like A Killer
Sharpshooter
Queen Of The Damned
Keys To The Kingdom
Cradle To The Grave
Lost Johnny
The GameAce Of Spades
Burner
Stone Dead Forever
Bad Woman
Just Cos You Got The Power
Stay Out Of Jail
No Class
I Am The Sword
The Chase Is Better Than The Catch
God Save The Queen
R.A.M.O.N.E.S.
Iron Fist
Rock Out
Dirty Love
Shine
Overnight Sensation
On Your Feet Or On Your Knees
I Ain’t No Nice Guy
Sucker
1916
Choking On Your Screams
Motörhead 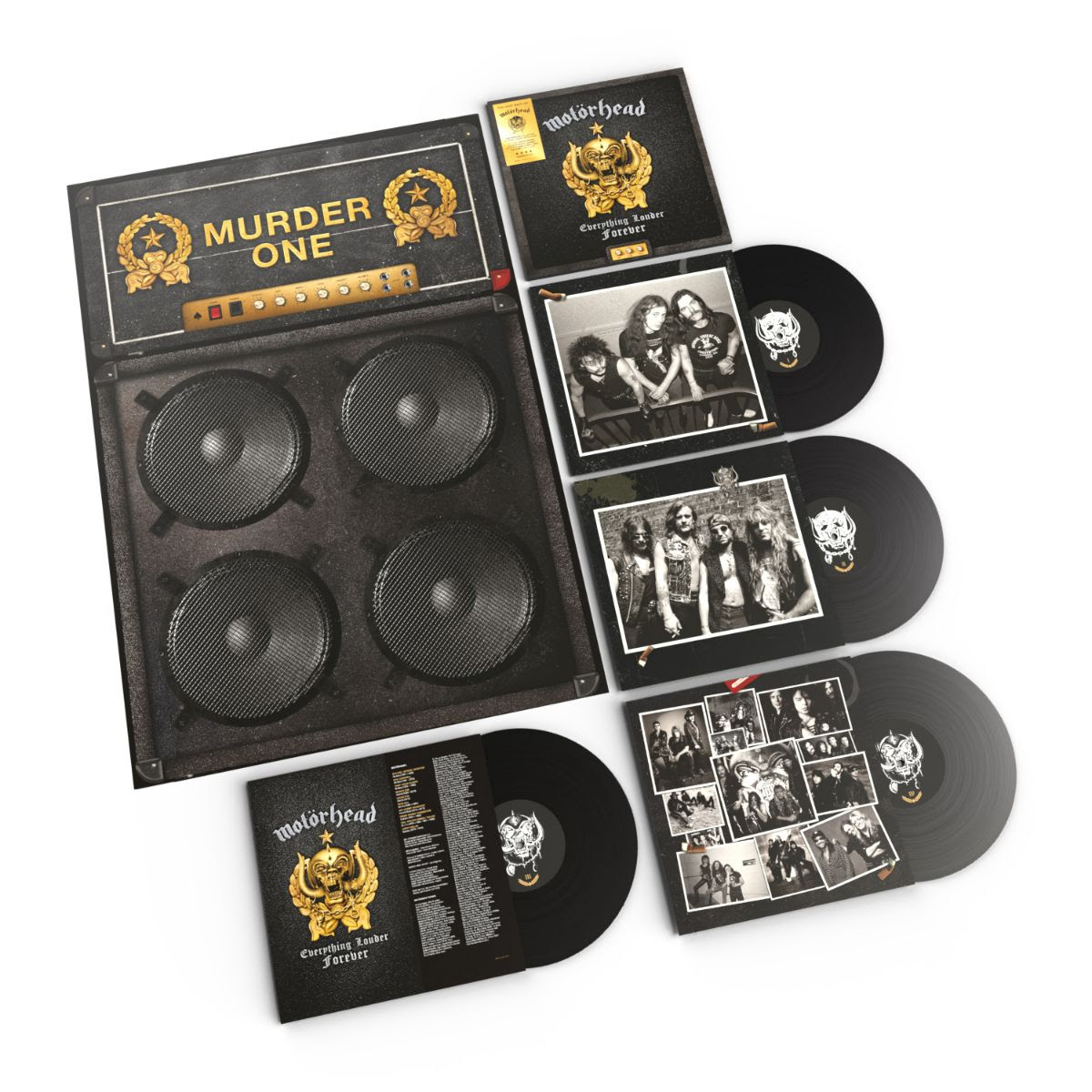