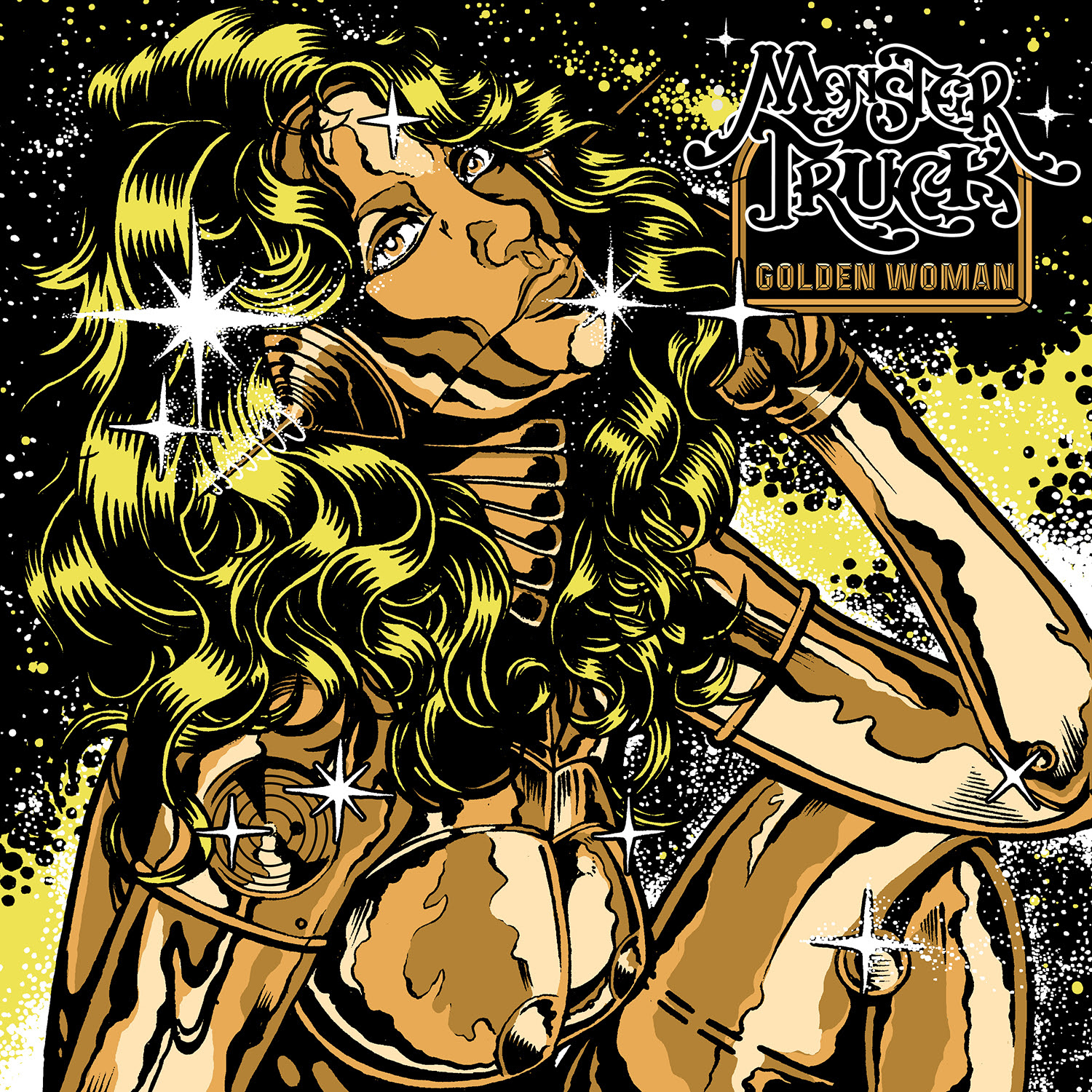 MONSTER TRUCK explode back onto the scene with their incredible new song and music video for ‘Golden Woman’ ahead of their performance on the main stage at this weekend’s DOWNLOAD FESTIVAL.

“The idea for “Golden Woman” came one afternoon as I was fiddling around on a kid’s guitar my father had bought my son. He got it at some garage sale and thought it perfect for little hands. I ended up picking it up, putting the strap over my head, and walking around with it all afternoon playing the main riff, and slowly crafting an arrangement. Jer and I then fine-tuned the song, and voila! Inspiration comes from anywhere and everywhere,” says Jon Harvey, bassist, and lead singer of Monster Truck.

“The lyrics were born of my own personal experience with my partner, Simara. She saved me during a very rough time, and I am forever grateful for her, and the mystical revelations that only love can bring. Her hair colour is naturally blonde, so the title of the song is, like all Monster Truck songs, very literal,” he adds.

The band also today announce a twelve date headline tour of the UK, kicking off in Dover on 29th September through to Nottingham on October 17th.

“HOLY SHIT IS IT EVER GREAT TO ANNOUNCE A TOUR IN THE UK!” says Jon Harvey. “Beyond excited to rip around with our incredible support THOSE DAMN CROWS and party hard in all these amazing cities. Expect a dirty, intense, rock n roll fury machine when this mammoth tour rolls in to your town. BE THERE OR REGRET IT!”

Catch them at the following shows:

Tickets go on sale 10am on Friday 10th June via https://www.ilovemonstertruck.com/#shows 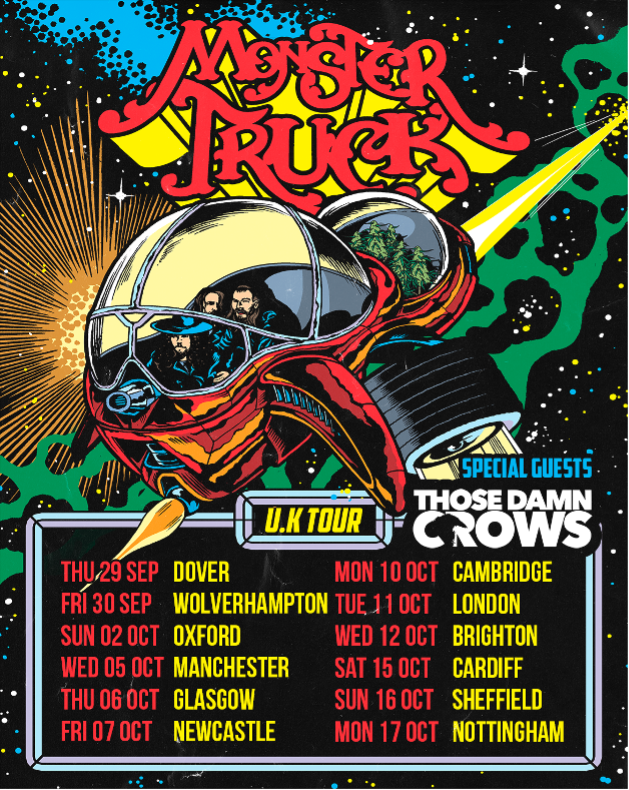 Since the release of their debut self-titled EP in 2010, Monster Truck, composed of bassist and lead singer Jon Harvey, guitarist Jeremy Widerman, keyboardist Brandon Bliss, and former drummer Steve Kiely, have become known as one of Canada’s hardest-working rock and roll bands, a reputation they’ve cemented by touring relentlessly and consistently upping their game over time.

Monster Truck’s profile has grown substantially across the globe, landing headlining slots at Rock on the Range and Shiprocked in the US, prestigious slots at the UK’s Download Festival, European Tours with the likes of Deep Purple, Billy Talent and Nickelback as well as US tours with Slash and Alice In Chains, further cementing their reputation as a hard-rocking band respected by their peers and progenitors.

Over time, Monster Truck has remained true to their core sound while continuously building on that foundation and stretching out, lyrically and sonically. Their ability to do so successfully and satisfyingly has only deepened the impact of their records and grown their audience globally as they gear up to release more music later this year and announce extensive touring plans. 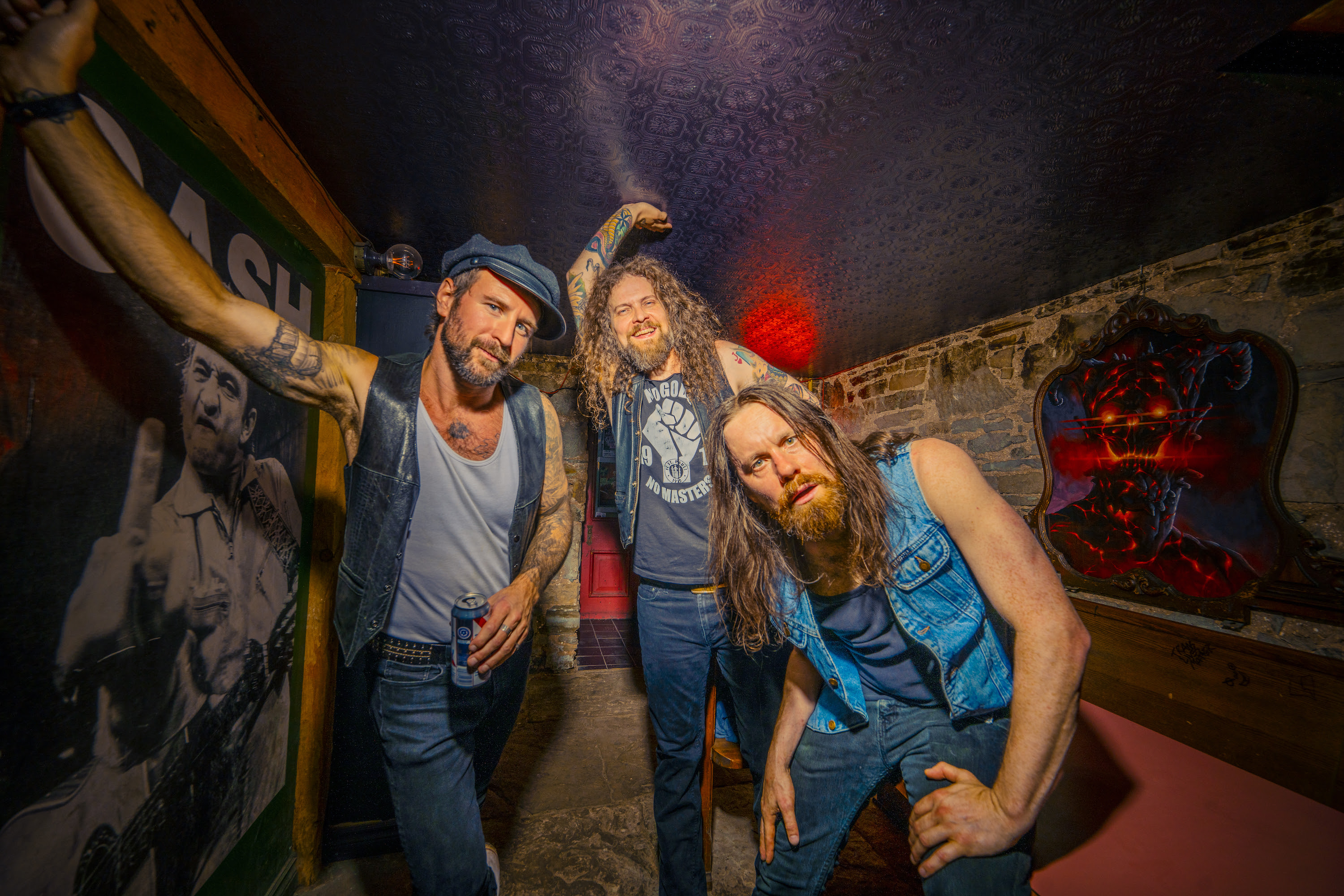