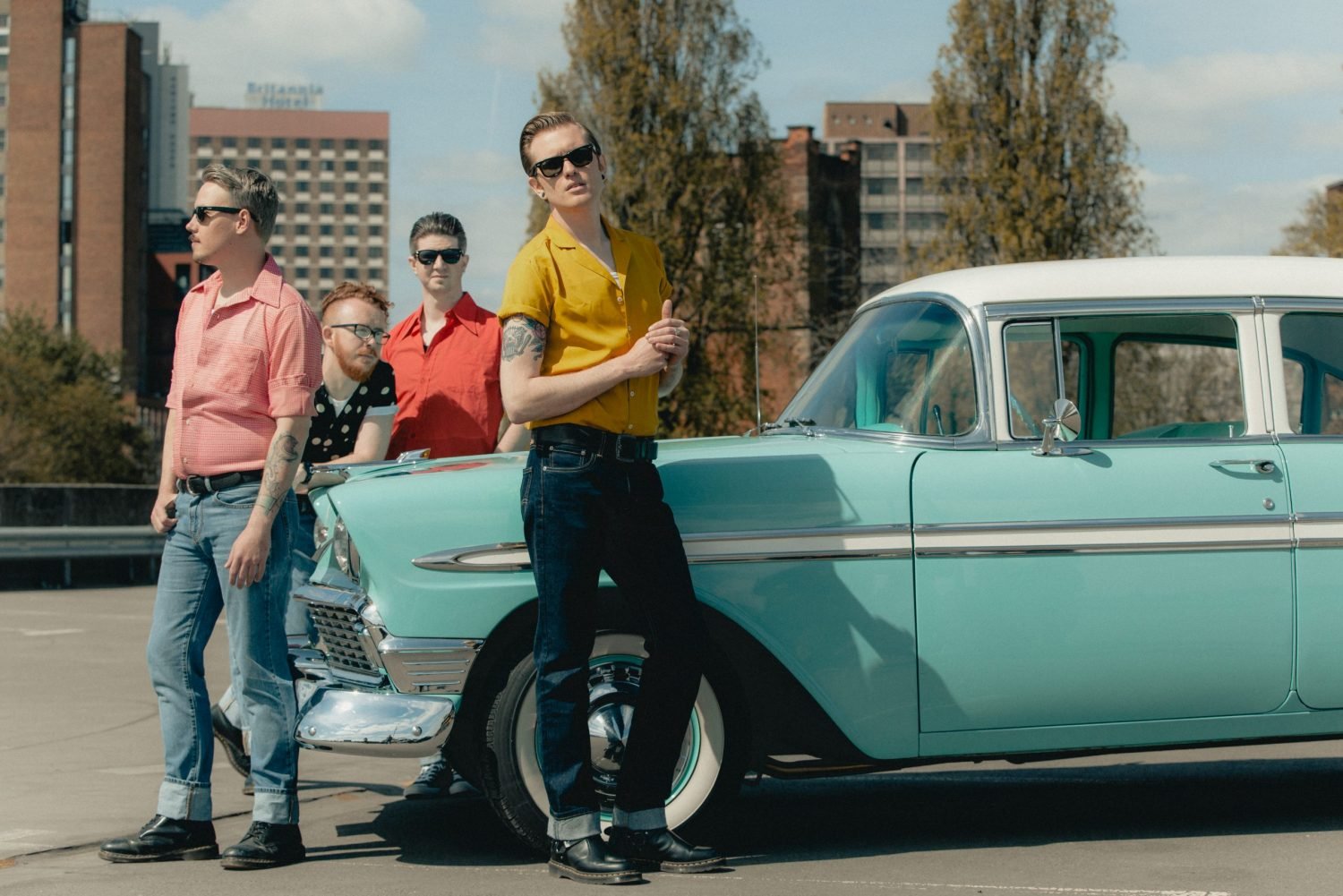 The album is set for release later this year on 17th September via Silent Cult.

“We are so incredibly stoked to finally be announcing our debut album, A Funeral For Youth.” Explains singer Alex. “Over the past couple of years, it’s driven us mad not being able to respond to the question we get asked over and over, “when are you releasing an album?”. Well, we finally have an answer.”

’Gravity’ is the first offering from the new album. A track that is oozing with honesty while delving deep into the beautiful side of Rock N Roll.

When discussing ‘Gravity’ Alex mentions that “It’s about the challenges of going through life as you get older, how your relationships change with others and the world around you. The sense that sometimes you feel a nagging weight that tries to keep you from powering forward, changing things in your life that need to be changed, and being honest and open about things that are hard to discuss.”

Seen as the outsiders, Miss Vincent aim to give the underdogs a place to belong and bring the romance back into Rock N Roll. They’ve built the band on a solid foundation of making lasting bonds through group exorcism in tiny, sticky-floored venues.

“Punk rock has always been a place for weirdos, and we need that now as much as we ever did. We are Miss Vincent, and everyone is welcome.”

Having lived their lives over the past 10 years in sweaty sticky-floored toilet tour venues it’s clear that this new album is the work of a band who have felt every long-lasting moment of their roots. It’s not only defined them as songwriters but as the people they are today. This album is a statement of identity of what the band has become.

‘Gravity’ is the follow up to Miss Vincent’s latest single ‘Vials’ in 2020. Their impressive musical journey so far has seen them gather raving reviews and features from the likes of Radio 1’s Daniel P Carter, Rock Sound Magazine, Kerrang! and Alt Press. Their latest track saw them heavily supported across Spotify editorials who featured the band on both ‘New Punk Tracks’ and ‘The Punk List’.

This has just been the start for them. With a new album set for 2021 and a message that’s relatable to so many, it’s no wonder that Miss Vincent are one of the most exciting rising bands in the UK right now.

‘Gravity’ is OUT NOW

(‘A Funeral For Youth’ out 17th September via Silent Cult)