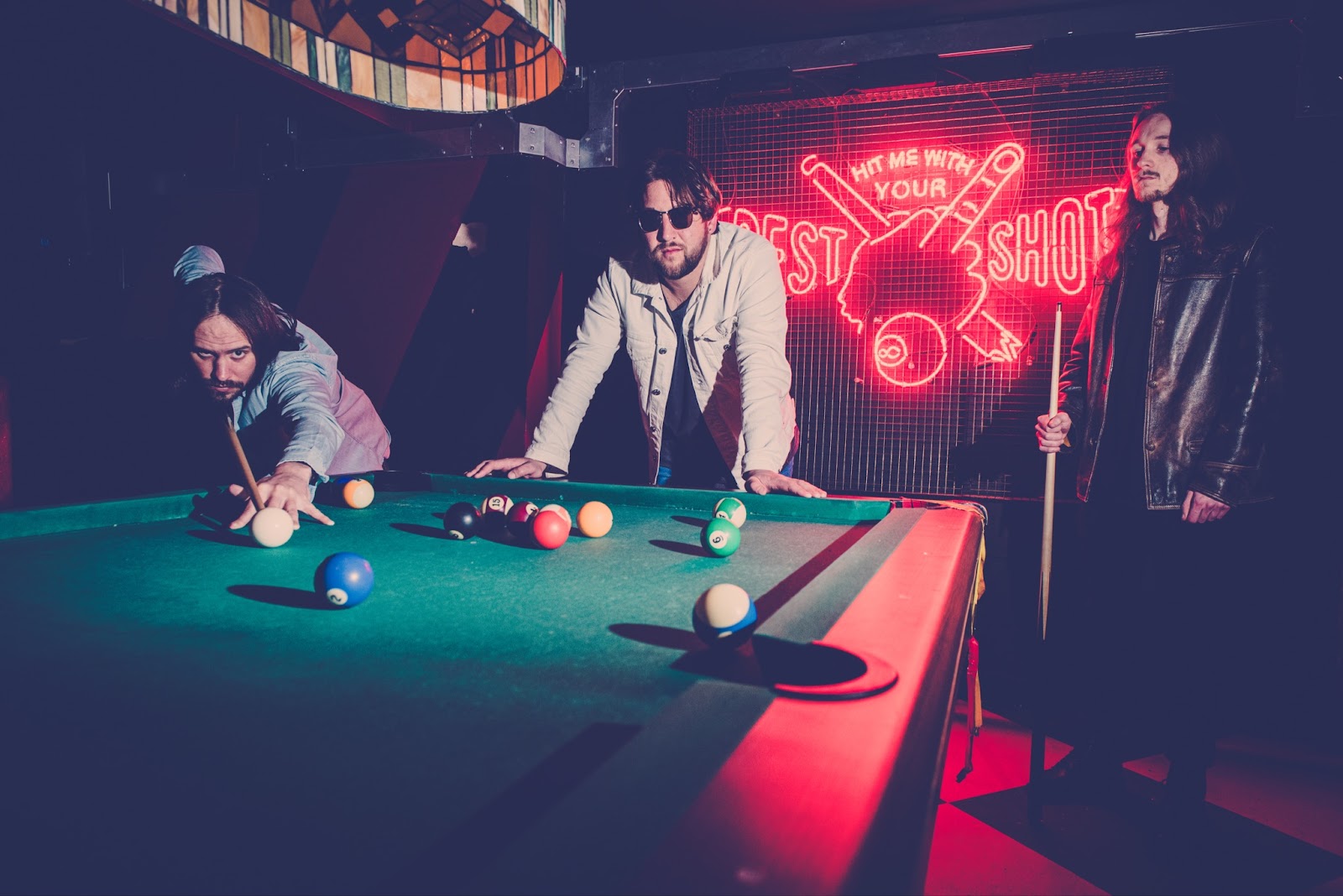 Liverpool rock’n’rollers – MEXICAN DOGS –  release their self-titled EP today (13 May) via Fretstore Records.
The new EP arrives as the band unleash the flaming-hot grooves of their final single from the release: “When It’s Gone”.
LISTEN HERE
Thundering through a riotous blend of fuzzy reverb, vintage-tinted guitar lines, heady instrumentals and booming vocals, “When It’s Gone” is the latest offering from rambunctious Liverpool trio Mexican Dogs.
Plucked from the band’s eponymous debut EP (out today), the track puts a deft Mexican Dogs spin on a cavorting canon of ‘70s glam-rock influences. Touching on slightly heavier territory than earlier releases “Run, Run, Run” and “She Cries Blues”, “When It’s Gone” is a playful slice of live-ready classic rock with a rugged contemporary feel.
Grappling with the hindsight that comes with losing everything you have, frontman Gaz Wilcox explains of the track:
“”When It’s Gone” is about when you think you don’t have enough in life, but then you lose what you had and realise you actually had everything you needed. The track shows a heavier, more alternative side to the band, and this gusty sound goes down well at our live shows. As a band we do try to make each song different from the next — it’s important to us as it keeps things fresh and makes writing music exciting.”
Affirming their aptitude for creating retro, roof-down riffs, “When It’s Gone” is plucked from Mexican Dogs’ self-titled EP, out now via Fretstore Records.
Produced by Andy Fernihough and recorded at Liverpool’s 3rd Planet Studios, the trio’s debut EP celebrates the frenzied energy and electric charisma of a new band excited to unleash their sound to the world.
Of the new extended release, Gaz says:
“We are extremely proud to release our very first EP. What a year it has been for us — having been a band for less than two years, we are happy to make our mark on the music industry. This EP captures what a new band is all about, and the excitement and enthusiasm really cuts through on the record we think. Big love for the support so far and enjoy the EP!”
With earlier singles “Run, Run, Run” and “She Cries Blues” amping up the rock’n’roll spirits of yesteryear with a raucous range of newfangled sounds, the band have surpassed 50k streams on Spotify and amassed over 100k streams and 25k monthly listeners, with features in both Apple Music’s ‘New in Rock UK’ and YouTube’s ‘New Rock’ playlists.
Mexican Dogs will also be bringing their rip-roaring new material to the stage later this year, with a series of live shows planned in the wake of their recent packed-out, wall-to-wall gigs in Liverpool and London. Dates and details as follows..
MEXICAN DOGS – LIVE DATES 2022
30th April – LIVERPOOL – Handymans Stage @ Smithdown Road Festival – Free entry
27th May – PRESTON – New Continental – Donation on the door
2nd July – LIVERPOOL – Arts Club Theatre – Tickets here
19th November – 100 Club Soho, London – supporting Deaf School here
25th November – LIVERPOOL – Arts Club Theatre (supporting Deaf School) – Tickets here
26th November – LIVERPOOL – Arts Club Theatre (supporting Deaf School) – Tickets here 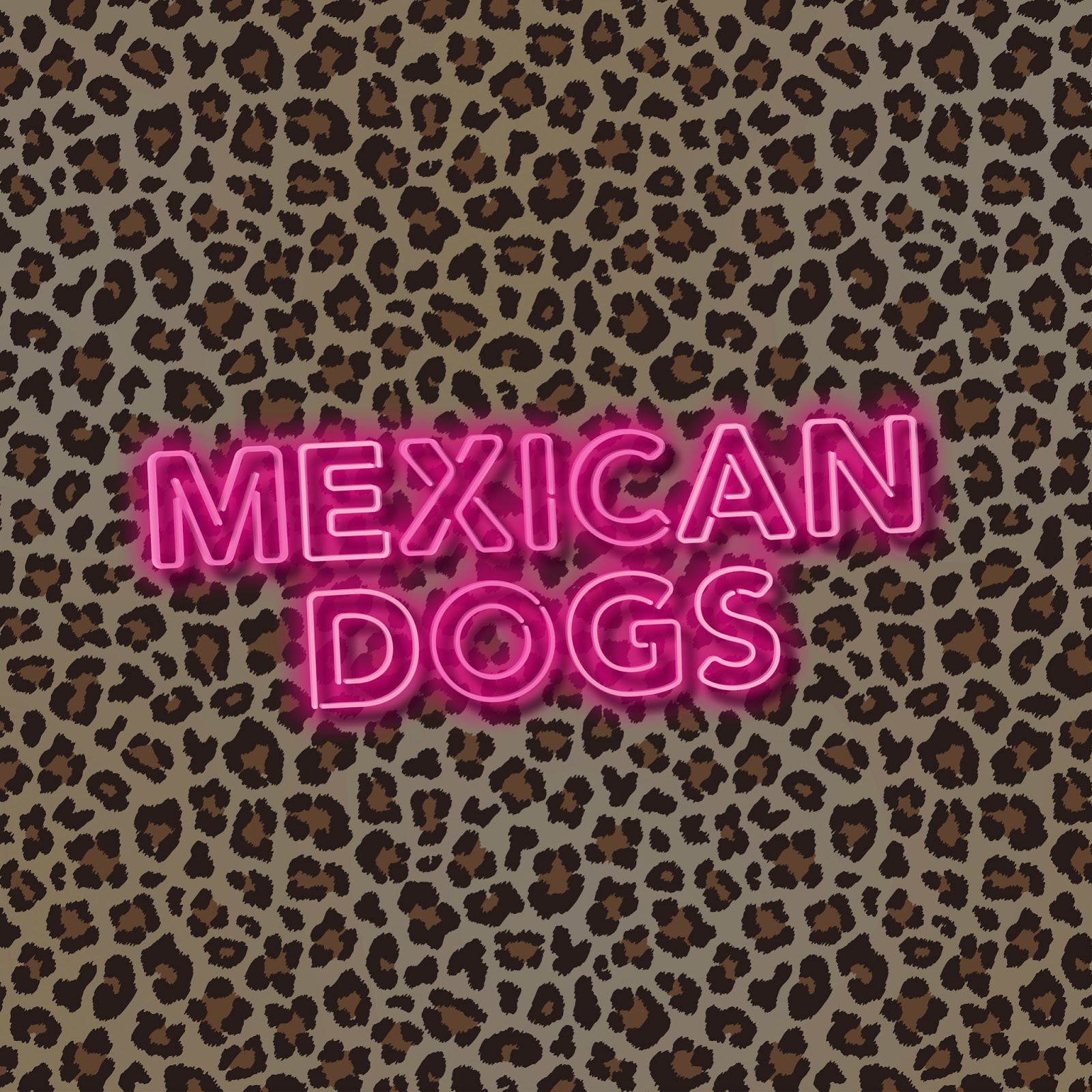 Mexican Dogs self-titled EP is out now, with physical copies on CD and vinyl available as a fan-first exclusive via Bandcamp.
* * * *
With an earth-splitting sound and uncompromising attitude, Mexican Dogs are Gaz Wilcox (ex-Bribes), Carl Rooney and Sonny Winder-Rodgers, and formed in Liverpool over the summer of 2021. Tapping into the seminal sounds of T-Rex or Led Zep and re-routing them via the high octane thrills of modern day titans like The Black Keys or Royal Blood, Mexican Dogs balance classic rock and contemporary on an exhilarating knife-edge.
Fronted by Gaz Wilcox, the Dogs’ vocalist and axeman has been playing guitar of a fine pedigree since the age of 9. Cutting his teeth at live shows only a year later (including a Beatles charity show at the Empire Theatre), the singer has honed his talent at all of the finest live haunts in his native Liverpool and beyond, performing in a string of bands including Eutopia, The Verdict (who won the UK Battle of the Bands, played a gig in The Houses of Parliament and also played in New York with The Enemy and Reverend and the Makers), and later Bribes. Earning a formidable live rep with major gigs at the Liverpool O2 in support of Electric Six and at Sound City, Bribes earned multiple plays on BBC Introducing before going their separate ways due to creative differences.

Signed to the rising indie imprint Fretsore Records only six months after their formation, Mexican Dogs created a streaming storm with their acclaimed debut release “You & I”, setting them up for a string of SOLD OUT live shows in its wake. After breaking into 2022 with killer follow-up “Run, Run, Run,” and raucous recent release “She Cries Blues”, “When It’s Gone” is a thunderous testament to a band who are going places fast.