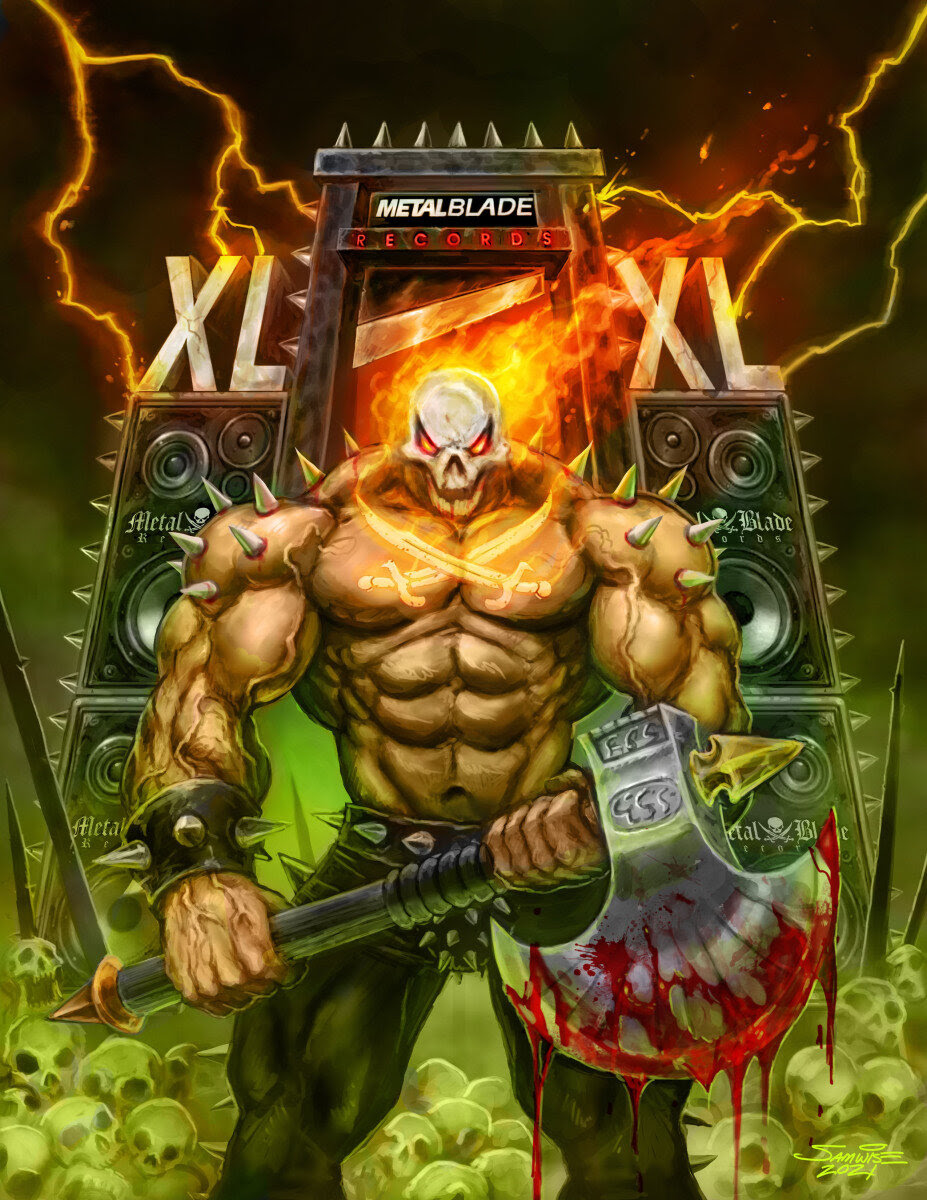 In conjunction with the release of the label‘s 10‘s playlist, a brand-new merch design created by American artist Samwise Didier. Samwise serves as senior art director at Blizzard Entertainment, having acted as art director for the flagship games of the Warcraft, StarCraft, and Diablo franchises, the producer of several games, and an artistic contributor to almost every game released under the name Blizzard Entertainment.

Check out the new playlist, available on Spotify and Apple Music, and the new shirt design at www.metalblade.com/40thanniversary 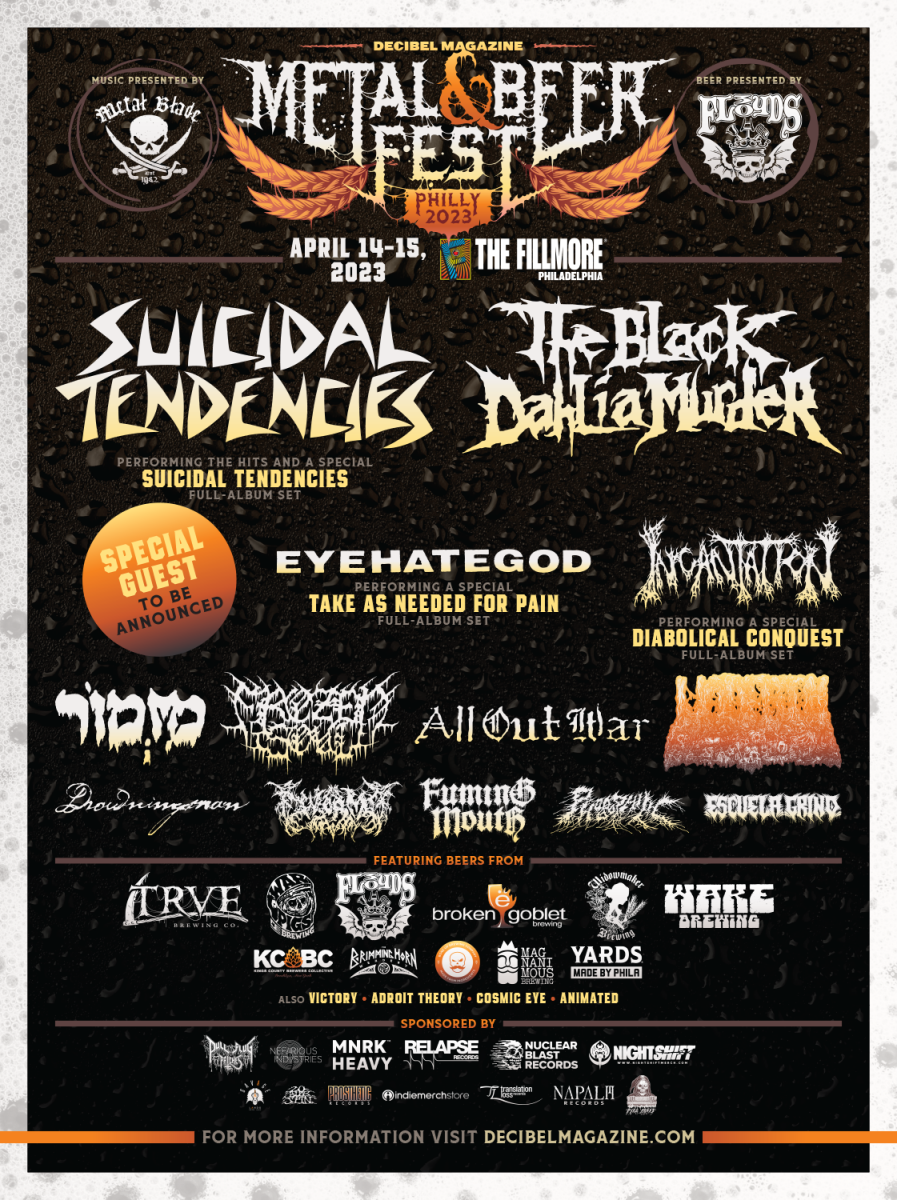 In other news; Metal Blade is proud to announce being the sponsor of Decibel Magazine‘s Metal and Beer Fest 2023 in Philadelphia, PA. Thrash metal legends Suicidal Tendencies descend on Philadelphia to celebrate the 40th anniversary of their self-titled debut by playing the crossover classic in its entirety (along with a helping of other hits), while melodic death metal kings THE BLACK DAHLIA MURDER make their triumphant east coast return as a Metal & Beer Fest headliner.

But the exclusive anniversary sets don‘t end there. NOLA sludge lords Eyehategod will celebrate 30 years of bad times with the first-ever full performance of Take as Needed for Pain, while U.S. death metal progenitors Incantation will honor the 25th anniversary of masterwork Diabolical Conquest with an exclusive start-to-finish performance of the record. One more special set, honoring the 30th anniversary of an iconic album, will be revealed soon.

About Metal Blade Records:
Founded upon owner Brian Slagel’s enduring drive to find great bands and get their music out to as many people as possible, since 1982 Metal Blade has brought wave after wave of powerful, innovative, and often genre-defining music to the ever-hungry metal masses. It is this ethos that has seen Metal Blade build up a stunning and diverse catalog, weather the various storms facing any independent label, and in an age of declining record sales boast the most successful years of its existence as it celebrates its fourth decade.