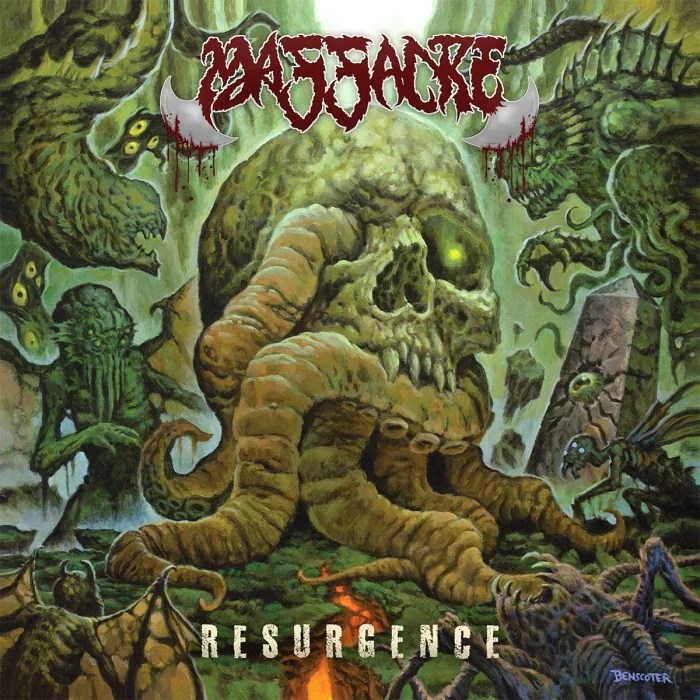 Massacre’s legacy is set in stone.

Hell, they are one of the original Floridan death metal bands that broke out of the early 80’s/90’s scene with the now-classic “From Beyond” album which is now seen as a benchmark in the death metal genre.

(Crypticus) on drums, and solo fiend Scott Fairfax (Memoriam, As the World Dies) on guitars. Pretty much a cast of great musicians & legends am i right?

Now I know what most of you diehards are really here for..

How does “Resurgence” stack up against classic Massacre?

I’m so happy to say it stands tall & proud.

Now lucky this isn’t a paint by numbers or retread for Massacre.

What is within “Resurgence” is the roots of Massacre.

And after a long absence without the band, those roots have been able to grow into a monument of a tree with these roots still planted firmly in that death metal camp!

“Eldritch Prophecy” is a barrage of the senses, straight out of the gate it’s like a one-two punch. Taking no prisoners. Straight up death metal, no thrills just gun hoe & that’s why it’s so great.

Full of heavy riffs, headbanging beats, a guitar tone that is so thick & dense it roars. This already is ticking all the boxes.

The third track “The Innsmouth Strain” starts off as a blistering thrash track but halfway slows down to this surprisingly effective mid-pace that elevates the track to a different level before kicking it up a few notches before the end. A diverse track was a pleasant surprise.

If you love the classic movie Evil Dead then “Book Of The Dead” is for you. This track is unapologetic in tribute to the film and it’s a fantastic one!

The whole track is pedal to the metal, fast, abrasive & frantic.

Just as scary as the movie if you will. Featuring some stand out vocal hooks from Kam Lee the track ends with a great Swedish death metal style riff that plays the track out as a great palette cleanses from the tracks starting fast relent.

Now sometimes when a band reforms to a classic lineup & releases an album I’m always worried that the latter half of the album may fall short & be lacklustre.

From the opening track up until the last “Return Of The Corpse Grinder,” the album is full of absurd & grotesque music that oozes classic death metal.

Massacre is able to keep the death metal spirit firmly alive with “Resurgence” & I just hope some of the newer bands take note!

I hope you have your notebooks open! 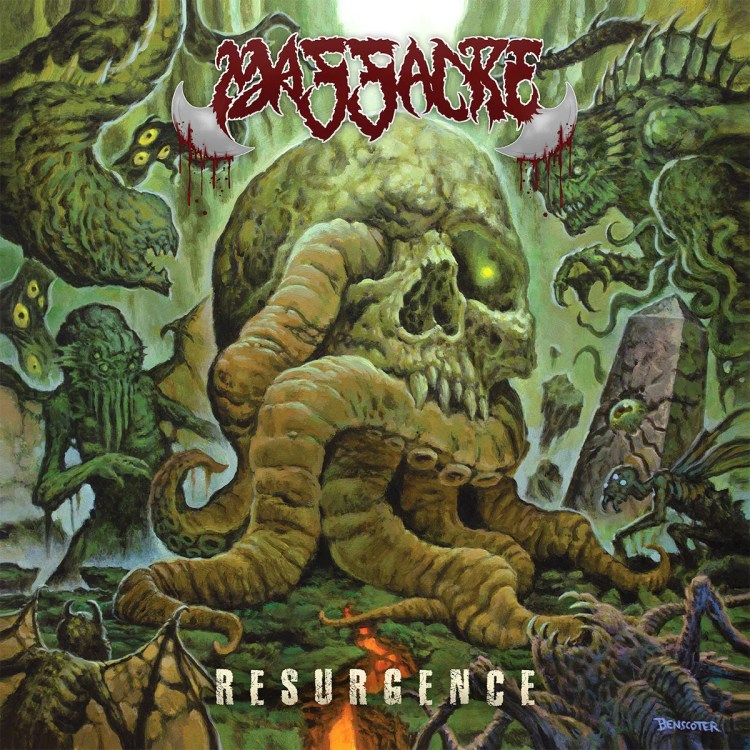 RESURGENCE is out via Nuclear Blast Records on 22nd October 2021

04. The Whisperer In Darkness

09. Spawn Of The Succubus

10. Return Of The Corpse Grinder