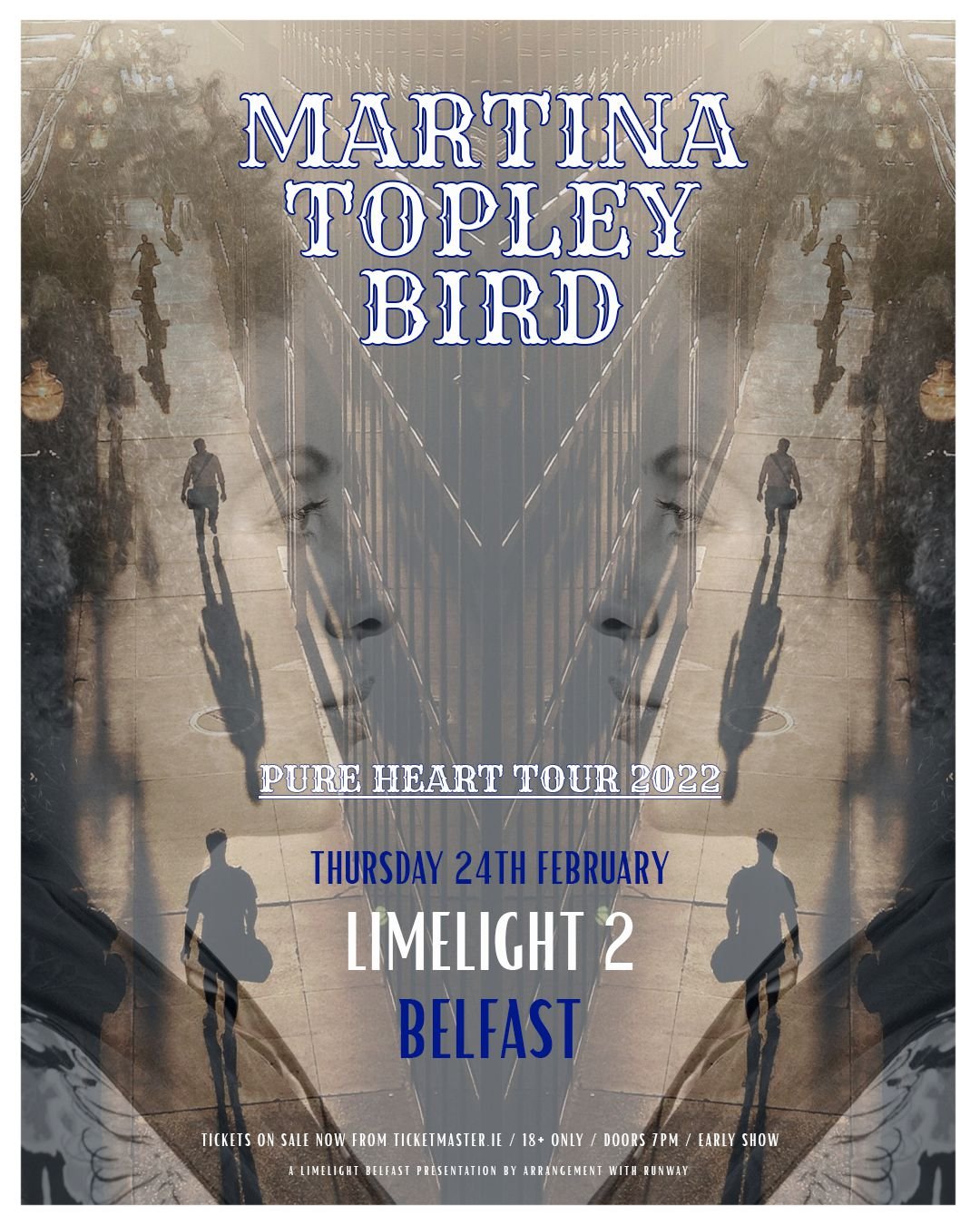 Tickets on sale Friday 15th October at 9am from ticketmaster.ie

Martina Topley Bird,  one of Britain’s most singular voices in the last 25 years, has announced her long overdue UK and Ireland headline tour in support of her stunning new solo album “Forever I Wait”.

For the first time in over 10 years the well-known Tricky alum and featured vocalist for Massive Attack, Gorillaz and Prodigy, returns to UK and Ireland stages to share her unforgettable voice and talent performing her solo work.

After world tours headlining festivals and arenas with Massive Attack that culminated in 3 headline shows at Brixton Academy in 2016, the striking, commanding and magnetic Topley Bird brings her endless creativity to her own solo show, set to include songs from her Mercury Prize nominated back catalogue alongside songs from her new self-produced album.

Considering the breadth of experience under MTB’s belt – from big shows with Massive and Gorillaz to one woman shows armed with only loop pedals, these upcoming live shows are going to be ones not to miss.

“I’ve made an album that has a mixture of songs – a few big songs that seem to beg to be performed in large spaces, probably influenced by my many shows with Massive Attack, headlining big festivals and arenas. And then there are some more intimate, Maxinquaye-like, tracks that are quiet and reflecting. I ended up with a range – from moody or blissed out groove tracks mixed in with big hooky sing-along moments to whispered close mic ones. The great thing is having the experience and versatility to be able to put on a killer show whether it be for 300 people or for 30,000 people. Come prepared to be surprised! I’m excited!”