WELCOME YOU TO:
“SOMERSTOWN”
STREAM SINGLE ON YOUTUBE HERE || STREAM ON ALL SERVICES HERE 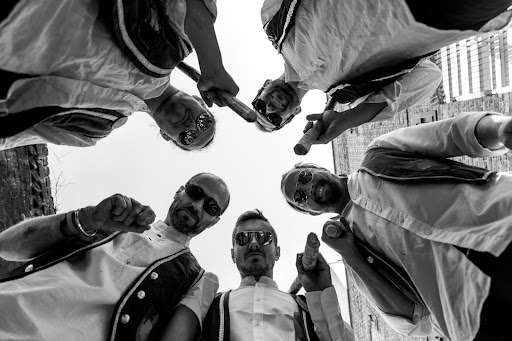 As their quest for the ‘Soul of Albion’ continues onward – MAN THE LIFEBOATS – make a port of call at the hidden gem of “Somerstown”.

STREAM SINGLE ON YOUTUBE HERE || STREAM ON ALL SERVICES HERE

A crossroads for salty seafarers and landlubbers alike, this latest single is dedicated to a sometimes overlooked patch of London that is as glorious as it is notorious. Written in 2018, “Somerstown” creates a patchwork of true stories and weaves a tale of riots and boys in blue; kids on motorbikes and men off their heads; while also saluting its local institutions, some of which are holier than others…

“Somerstown, or Somers Town, as it should be written, is a love song to an oft-forgotten London quarter. Nestled in between the twin termini of Kings Cross and Euston, it is a rich, colourful tapestry of streets, bars, laundrettes and storage facilities. Schools, churches, mosques, motels, taverns and funeral parlours all vie for space in-amongst the graffiti-strewn concrete estates. It’s a place that is dear to our hearts, as the band have lived, worked, played and drank here for many years, just like the Pogues did all those years ago.”

Peopled with folk both as rum and neat as the grog in their good vessel’s hold, it’s a song that finds the band capturing a scene close to their hearts, where society intertwines just as poetically and chaotically as the haywire instrumentation to be heard here.

Recorded almost entirely live, “Somerstown” is a frenzied piece of folk/punk filled with jailbreak banjos and disorderly drum rhythms that sounds like the greatest getaway music the world has never heard. The eagle-eared out there, may also detect a stowaway in the impromptu guest vocal appearance from Quarterman’s 6-month-old daughter.

Arriving alongside rambunctious lead single “Born Drunk” and the Radio-X (John Kennedy) supported folk epic “The Fires of England”, “Somerstown” is the third such signpost that points the way towards the ‘SOUL OF ALBION’, the keenly awaited upcoming studio album Man The Lifeboats.

A record that asks the question: what does Albion mean in the 21st Century?, it mirrors the journey undergone by a close friend of the band who traversed across the British Isles in search of some answers. With each song on the record intended to provide a snapshot of life on these islands, from Somerstown to Stourbridge, from the hills of Caledonia to the gates of Soho Square, the ‘SOUL OF ALBION’ is a quest as brave as it foolhardy, as familiar as it new as introspective as it is exhilarating.

From full-throttle folk flings to darker ruminations, traditional instrumentals to tender ballads, and (of course) an obligatory ranting protest song, ‘SOUL OF ALBION’ sees Man The Lifeboats take all the winning ingredients of their 2019 debut, while taking their sound full-sail in intrepid new directions too. Produced and mixed by Jamie Evans, engineered by Jack Boston and mastered by Gav McGrath at Zvuk Mastering, the album was recorded at Rockfield Studios in Monmouth, Wales, in 2021.

Around the release, Man The Lifeboats will be taking ‘SOUL OF ALBION’ to the venues of Albion, with live dates planned throughout November. A special album release party will also take place at a location with a rich maritime history – The Golden Hinde. Catch the band this Autumn at these venues as follows: 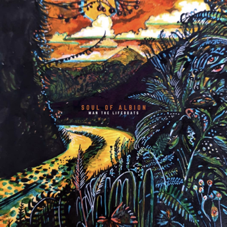 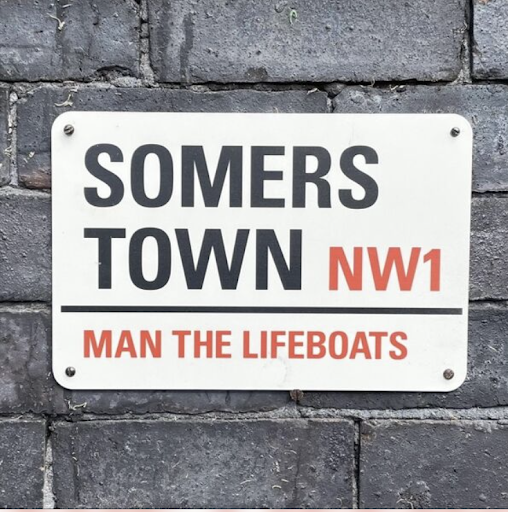 MAN THE LIFEBOATS – ‘SOUL OF ALBION’ – OUT 14 OCTOBER 2022, VIA WOOD HEAD RECORDS
NEW SINGLE: “SOMERSTOWN” IS OUT NOW
STREAM SINGLE ON YOUTUBE HERE || STREAM ON ALL SERVICES HERE