One word is all you need to know about this album, phenomenal. Obviously, you are going to have the comparison with the late great EVH but this is something different and is a chance for Wolfgang to forge his own path with his undeniable musical ability, the fact that he wrote every song and played every instrument underpins this. Over the course of fourteen tracks, the album covers the entire spectrum of hard rock, from full-on rockers to ballads and it is hard to pick fault with any of them. The opening track “Mr. Ed”, a nod to his dad, is a cracking rocker to get things moving with a kicking drum beat and groovy riffs with thumping bass, excellent vocals, and a ripper solo.

“Horribly Right” keeps things rolling with heavy riffs and drums and a seriously catchy chorus, this will have your feet tapping big time. “Epiphany” opens with a downturned tone, as the track progresses it stays in the background as the song itself soars with crushing melodies, this has to be one of the finest tracks on the album. “Don’t Back Down” has a funky blues-type beat that kills and defies you to stay still, when this is played live expect plenty of fists in the air, the pounding drums really drive this track. “Resolve” takes things down a notch with an acoustic lead track that is simply outstanding, the guitars are amazing and Wolfgang’s vocals are next level. “You’ll Be The One” kicks in like an AC/DC track with the power riffs and drums, as the track moves along it builds into a great rock song with a tasty solo thrown in. “Mammoth” is exactly that;  a monster track, massive drums push, and a pulsating bassline push the song along with a cool riff in the background, Wolfgang’s vocals are on fire and the solo towards the end really lights it up. “Circles” is a prog-style track with echoes of Pink Floyd, this may raise a few eyebrows but it is a strange fit that is perfect.

“The Big Picture” is a grittier song with dirty riffs and pounding drums, the vocals drip with edginess adding to the vibe of the track, a killer track. “Think It Over” is every 80’s hair metal lovers wet dream, big guitars, drums, bass, and vocals with melodic hooks that will sink into your brain, catchy as hell. “You’re To Blame” opens up like a Rage Against The Machine sing with its guitars and machine-gun drumming before it drops a little as the vocals come in, the song has a cool rhythm to it, and the solo midway through is amazing, this will be another massive hit. “Feel” takes it up a notch, an edgy drum beat and cutting riffs give it a real sense of urgency, a funky bass leads into a cool little solo that then plays off against the drums, brilliant. “Stone” is a six-minute masterpiece, it feels like a combination of every track that has preceded it, from heavy to balladesque bringing it all together in one absolutely amazing track, it is hard to find a better track than this. Closing out the album is the bonus track “Distance”, a touching tribute to EVH.

This has to be one of the albums of the year, each song is crafted to seamlessly flow to the next, considering the length of the album this is no mean feat, all the while adding to the Van Halen legacy.

“Mammoth WVH” is out on 11th June via Explorer1. 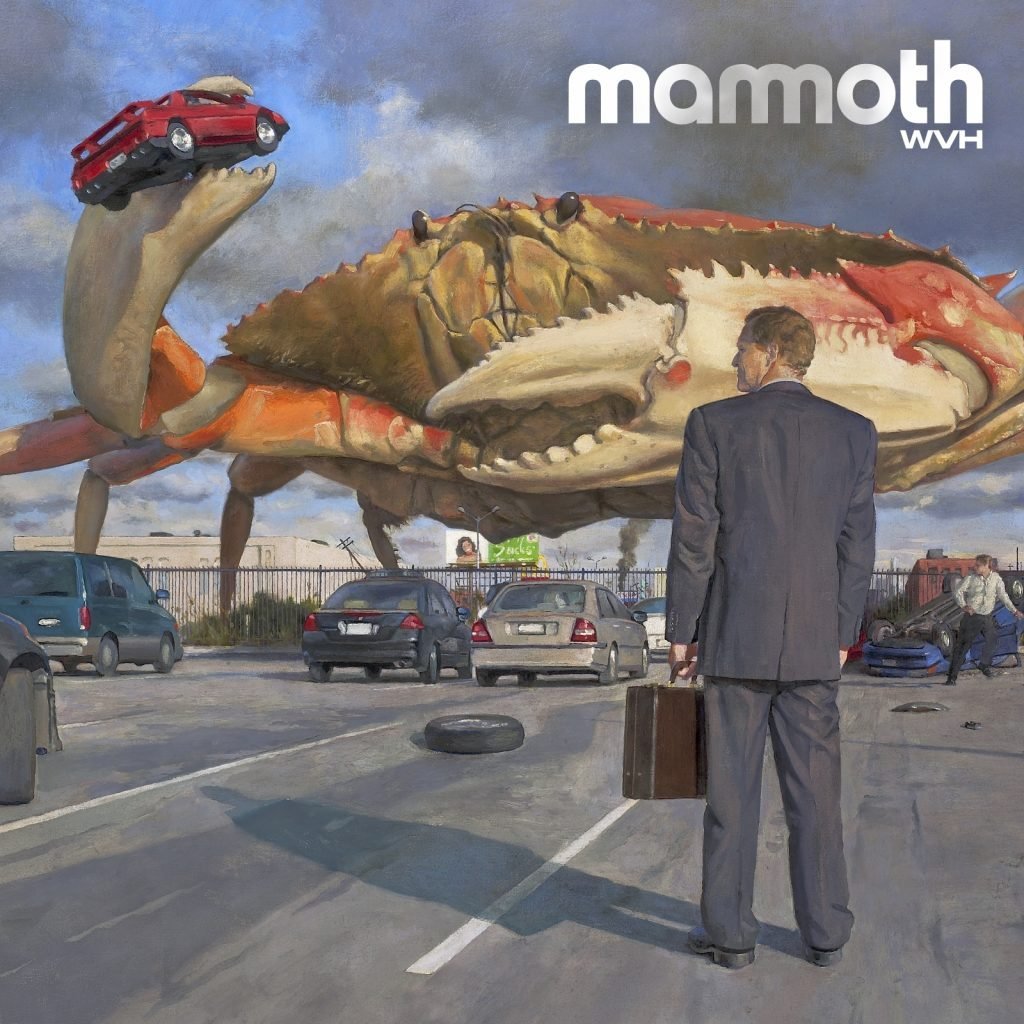