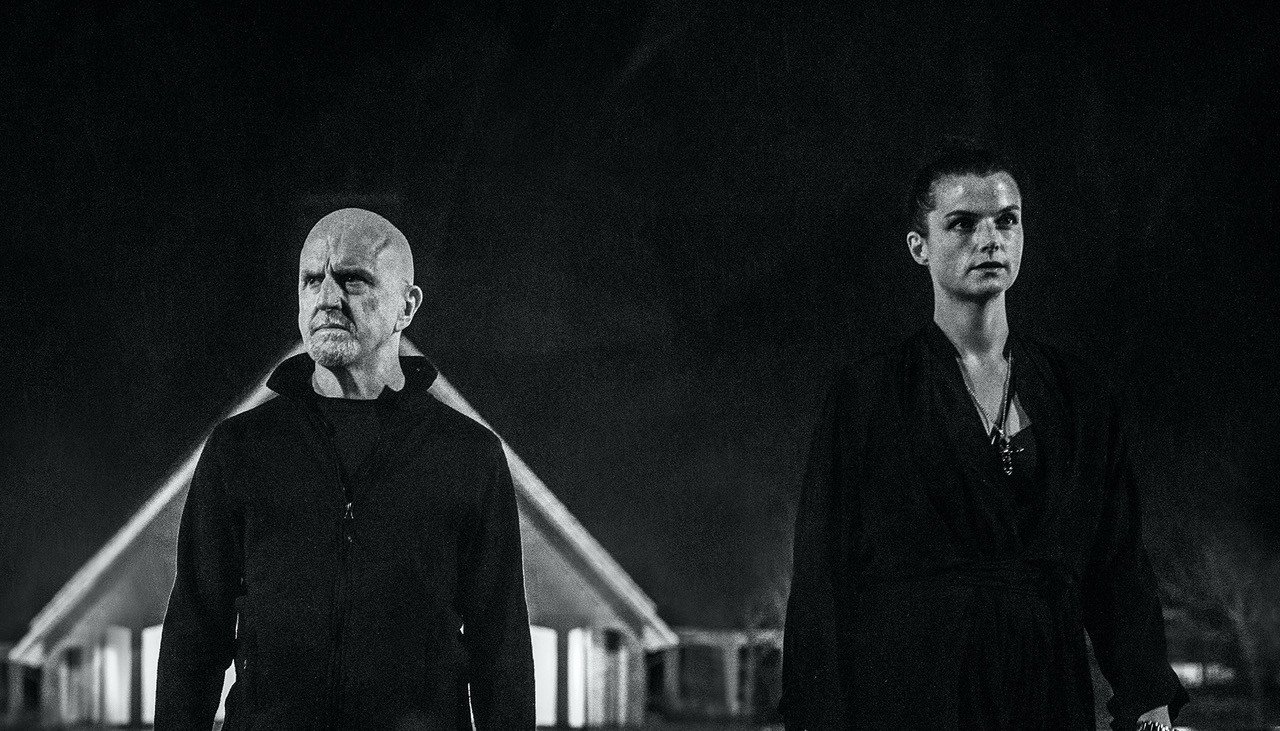 LUSTMORD & KARIN PARK SHARE NEW SINGLE ‘HIRAETH’
NEW ALBUM ‘ALTER’ RELEASED 25TH JUNE (PELAGIC RECORDS)
Nordic pop diva KARIN PARK of ÅRABROT adds her ethereal, mournful voice and keys to the primordial sound of legendary electronic pioneer LUSTMORD for this sublime and poignant collaboration. ALTER is a ritual of our times and ‘Hiraeth’ is the new single.
https://youtu.be/KP2en_1QpHo
On the pair’s first collaborative work, the nine tracks that makeup ALTER are every bit as heart-wrenching as they are terrifying, mining new sonic territory, it is a fascinating study of light and shade that delves deep into vast uncharted darkness. Their ability to create an atmosphere on the album opener “Hiraeth” is second to none, perfectly assembling a harrowing backdrop for Park’s lilting sound of longing. From there, Park’s vocals add all of the emotional depth and power found in names like Kate Bush, Maynard J Keenan and Elizabeth Frasier, perfectly playing against Lustmord’s waves of dark drama and creating a wholly unique record that recalls Dead Can Dance, Massive Attack and Portishead at their greatest.
Considering Park’s credentials, it might be surprising that collaboration with Lustmord would ft so seamlessly. Utilizing a sound comprised of elements of industrial, synth-pop and more, the celebrated Swedish solo artist and member of Norwegian rock band Årabrot utilizes experimentation in her work, blazing trails and bringing to mind the work of her peers The Knife, Scott Walker, Robyn, Depeche Mode and Burial with her darkly-rich compositions. Multiple winners of Norway’s Spellemann award, Park co-wrote the Norwegian entry for the 2013 Eurovision, finishing fourth overall. But it is the sensibility of the sacred music of her youth that Park adds to ALTER, contributing a powerful vocal that guides the listener through the cavernous, mystical depth of their collaborative work.
”Lustmord is the Gustave Doré of music”, Karin Park offers pensively. “Painting magical pictures with a sound that is so vast, it gives space for your own imagination.” Brian Williams grew up in North Wales, beginning his musical career as Lustmord in 1980 and becoming a pivotal figure and pioneer in the early industrial music scene in the UK.
A former member of SPK during arguably their most crucial era, Williams went on to work with Throbbing Gristle members Chris & Cosey and appeared on early albums by Current 93 and Nurse With Wound amongst others. After relocating to Los Angeles in 1993, Williams worked on dozens of motion picture soundtracks including The Crow, Underworld and Paul Schrader’s First Reformed, as well as on several video game, television scores and solo albums. Williams has also contributed to and collaborated with artists as varied as the Melvins, Clock DVA, Jarboe, John Balance of Coil, Clock DVA, Paul Haslinger (Tangerine Dream), Wes Borland (Limp Bizkit), Puscifer and more, including Grammy Award-winners Tool from their much-acclaimed efforts 10,000 Days and Fear Inoculum.
Alter is set for release on 25th June (Pelagic Records).
Pre-order now: bit.ly/lustmordkarinparkDGTL
https://www.instagram.com/lustmord/
https://www.facebook.com/Lustmord.Page
https://www.facebook.com/karinpark