Search
Home
News
LOVE GHOST RELEASE THEIR SINGLE
“I’LL BE FINE”
FOR MENTAL HEALTH AWARENESS MONTH
“Drawing on the grungy, hip-hop-meets-rock, sardonically sunny ‘90s, these guys come across as nostalgic – for those of us that remember the decade – but with enough modern shaping to remain original and fresh.” – V13 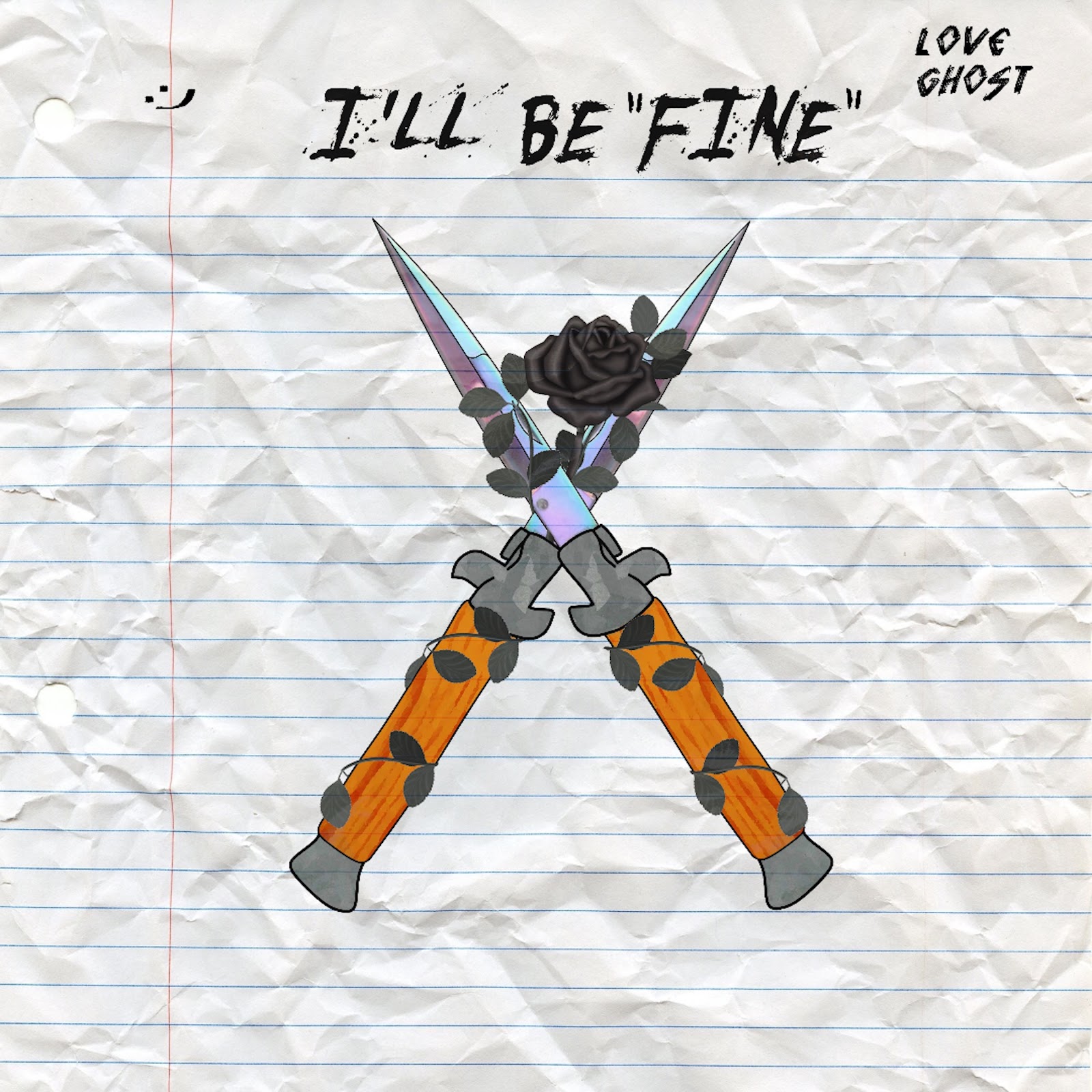 LISTEN TO “I’LL BE FINE” HERE
“Intermingling rock, hip hop, and trap influences into their music, Love Ghost has captured the angst that most teens are experiencing these days.” – GHETTOBLASTER MAGAZINE
Los Angeles band Love Ghost have released their introspective new single “I’ll Be Fine,” for Mental Health Awareness Month.  The Danny Saber (The Rolling Stones, Alice Cooper, the Charlatans, Public Enemy)  produced track intermingles rock, rap, and trap influences to convey the feelings of loneliness, and angst that comes with being a teenager. “ ‘I’ll Be Fine’ is a song about depression and isolation,” Love Ghost frontman Finnegan Bell told Ghettoblaster Magazine “It’s about when you’re so alienated that the only person that can tell you, that you’ll be aight, is yourself. I hope this song helps people that are dealing with depression and can alleviate kids that are feeling like an outsider. I have felt very alone in the past, but that doesn’t mean that things can’t get better. I hope this song gives hope because mental health is a marathon. You need to work on it every day.”
This song was written and recorded months before the COVID-19 crisis but the themes resonate now more than ever with the forced isolation and lack of human connection, due to shelter-in-place orders. Although the song addresses some dark themes, it has an overall feeling of hope, that everything that all spokes that go down must come back up again, and that end of the day, everything will be fine. With the release of this, Love Ghost is hoping to contribute to the conversation around mental health and mental health awareness month. It’s only by addressing these issues that the stigma around mental health starts to diminish, giving more people the courage to seek help.
“I’ll be Fine” is the somber follow up to the lighthearted “Chasin Money and Bitches ” single released in March, which is a comedic and hedonistic look on what it is that our culture values most from the viewpoint of a teenager living in Los Angeles in 2020. The song was a breakout hit on SoundCloud garnering over 270,000 plays, 3,079 reposts, and 650 comments, resulting in a wildly successful remix contest with an incredible track from  DJ and producer IPN taking the top spot.
“ The L.A. rockers sound as bratty as any of multi-platinum miscreants who’ve had hits on KROQ, but they fall in more with the play-actin’ bad boys. What the song reflects, though, is having come of age in an era when popular culture glorifies materialism and hedonism, which makes it the saddest kind of parody: funny but true.” – Buzzbands
“Chasin’ Money and Bitches” opens on a potent rumbling, crunching groove, as Finn’s evocative tones reveal delicious, low-slung flavors narrating his frustration, angst, and his cogent realization that money and bitches form the fulcrum of culture and life. There’s a cool brattiness to the song, giving it a tongue-in-cheek aroma.” – RAWKUS
Prior to that, the band released the grunge era-inspired “Let It All Burn” with the accompanying scorcher of a video directed by Dean Karr (Queens of the Stone Age, Mark Lanegan). The song was featured on Spotify’s coveted “New Noise” playlist in addition to Apple’s “Breaking Hard Rock” and “Fresh Blood” playlists, having garnered over 1 Million streams since its release with close to a million streams on the video alone.
Love Ghost is Finnegan Bell (guitar and lead vocals), Ryan Stevens (bass and background vocals), Samson Young (drums and background vocals), Daniel Alcala (guitar), and Cory Batchler (keyboards). All of whom are fresh out of high school but have been playing together and writing songs since Junior High. Despite their young age, the band are seasoned international road warriors. Last year they toured Ireland, Japan, played the mainstage at Festival FFF in Ambato, Ecuador, and most recently played a sold-out hometown show at Resident in Los Angeles. They have supported Buckcherry, Berlin, Smash Mouth, The Young Dubliners, The Tubes, Fuel, and Irish singer/songwriter Mundy. Their music videos have won numerous awards from over 30 film festivals around the world and the band was awarded Best Alternative Rock Band by the Hollywood Music in Media Awards and received The Jean Luc Goddard Award from Cult Critic Magazine.
The band plans on releasing two EP’s this fall and is hoping to be back on the road once shelter-in-place orders are lifted and it’s safe to do so.
KEEP UP WITH LOVE GHOST:
Press Materials: http://smarturl.it/LoveGhostPR
http://loveghost.com/
https://www.facebook.com/loveghost.official/
https://www.instagram.com/loveghost_official/
https://twitter.com/LoveGhost_
https://www.youtube.com/channel/UCMNUK51hO36Tog1DRoAJ0-g
https://soundcloud.com/loveghost_official
https://open.spotify.com/artist/2Zt7LyzzIem4ro5xkSP1aA