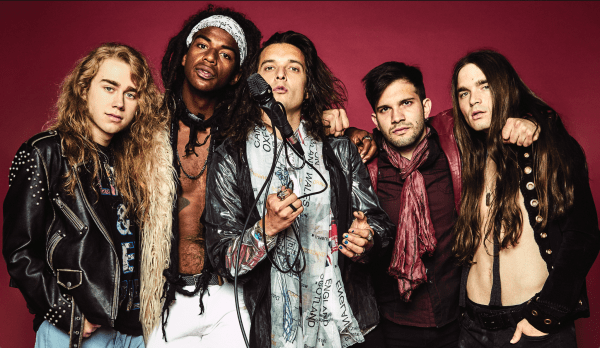 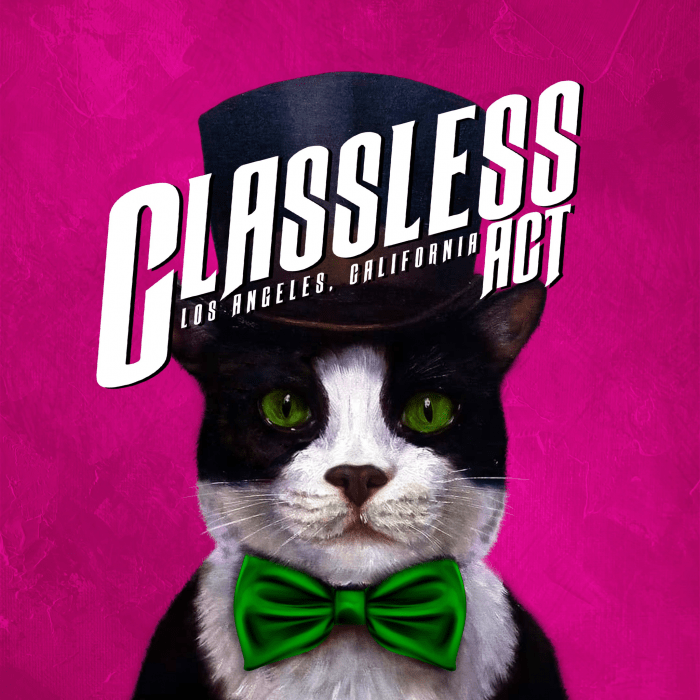 Debut EP Set to be Released This Fall

“CLASSLESS ACT stands ready to carve out a legacy of its own.” – Blabbermouth

LOS ANGELES, CA – JULY 9, 2021 – Classless Act, the next-generation rock band from Los Angeles already receiving buzz for their unique style and development story, dropped their highly-anticipated debut single “Give It To Me” via Better Noise Music today. The track was produced and mixed by legendary producer Joe Chicarelli, who has worked with a vast list of music icons including U2, Elton John, White Stripes and The Killers. With it’s playful lyrics and an infectious modern glam-rock sonic vibe, “Give It To Me” is not only perfect for summertime playlists, but a fitting first offering from a group of musicians who are already carving their own path, while also paying homage to their many classic rock influences. “Give It To Me” is now available for streaming and download across digital platforms HERE.

Formed in 2019 through social media, Classless Act’s origin is a modern take on a classic story. Replacing the old ways of band formation from rock music’s heyday – through want ads and gig connections – the band instead built a brotherhood mostly out of DMs and other exchanges on Instagram and TikTok. That connection was deepened while working on new music and living together in Los Angeles. Eventually, their collective artistic vision led them to landing a deal with Better Noise Music, currently ranked Billboard’s #1 rock label. And now as they start putting their music out there for the world to hear, Classless Act are ready to show audiences what they’re all about.

Of the single’s release, lead singer Derek Day says, “It’s a dream come true for Classless Act to be a part of the Better Noise family. And the boys and I have been working really hard to give you something to shake your ass to. Now, summer’s here and the time is right for a couple of guitars, some bass and drums and a whole buncha Me. Let’s get to it!!”

The band further embodies the song’s carefree vibe in the “Give It To Me” Official Music Video, which premiered today alongside the song’s release. WATCH HERE.  The visual was directed by Travis Shinn, and shows the band’s unique ability to use their five different personalities to create one irresistible music experience.

Already catching the attention of the industry, the band will be notably hitting the road next year with Mötley Crüe and Def Leppard on their North American Stadium Tour. But before that, fans can expect the band’s debut EP later this year. For more information, please visit: //classlessact.com/

In an era where algorithms decide what’s on your screen, it’s easy to feel like the people behind the glass are designed for you – but what if instead they were destined for you? For the members of Classless Act, a bright new band from all over the globe, this seems to be the case.

Formed in 2019 and consisting of five former strangers who met via TikTok and Instagram, the members of Classless Act, Derek Day (Vocals), Dane Pieper (Guitar), Griffin Tucker (Guitar), Franco Gravante (Bass), and Chuck McKissock (Drums), quickly formed brotherhood bonded through a series of double-taps, DM’s, and tagged comments. They are united on a mission to be the next great, generation-defining rock band drawing inspiration from classic rock acts of the 70’s and alt-rock groups from the 90’s through today. Their music echoes the hallmarks of previous generations – anthemic rhythms, shredding guitars, soaring vocals – but punches its way into the future with clever arrangements, sharp musicianship, and great songwriting.

Already making noise in the industry, the band has been in the studio with world-class producers who have helped craft hits for the likes of The Red Hot Chili Peppers, Metallica, Soundgarden, The Killers and The White Stripes. And the band recently landed a deal with Better Noise Music, Billboard’s #1 rock label for 2020. Their electric debut single “Give It To Me” perfectly represents the group’s deft ability to take vintage tone and inject it with a new, modern energy, bringing life back to a time-honored rock n roll sound.

What stands out about Classless Act is their cohesiveness as a group, despite each member hailing from a vastly different walk of life, both culturally and physically. That singular vision, embedded with a diverse sense of self, is evident on their forthcoming debut EP. On each track, their talent and honesty ring through, as does the group’s respect for one other as artists, giving them space to make music that’s timeless. Bonded by the unique connections of the digital age, and further connected by creating art together and delivering great live shows, the result is a singular sound that is destined to be heard by all.