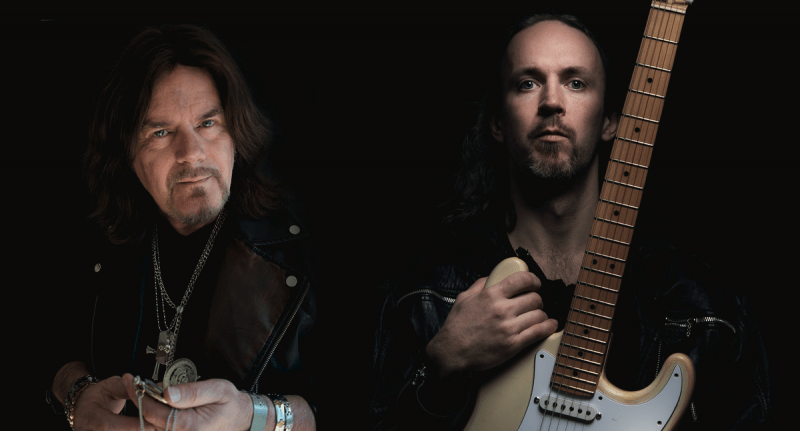 Long Shadows Dawn is a new musical alliance that features Scottish vocalist Doogie White (Rainbow, Michael Schenker Fest) in partnership with Swedish guitarist Emil Norberg (Persuader). Their forthcoming debut album, ‘Isle Of Wrath’, is a timeless hard rock record that evokes memories of iconic 1970’s artists as well as the music those acts produced in the following decade. Frontiers label head Serafino Perugino envisaged hearing White sing new songs in the style of Rainbow, and pairing him with Norberg (a lifelong fan) was a logical step.

“As a big fan of the line of heritage from Deep Purple to Rainbow on to what Yngwie Malmsteen explored with that basic sound, I tried to tap into what made me love those albums growing up,” explains Norberg. “Although impossible to copy, I took a shot at making my own interpretation of the sound of what in my opinion are the best rock albums ever made.”

“Working on this album, something new and exciting, helped me get through the lockdown pretty much unscathed,” states White. “Emil and I had no fixed plan other than to write killer tunes. We went out on a musical limb on some songs taking a bold view of the future and respectfully pulling from the well of the past. Lyrically it needed to be dark, but hopeful. Sad, but uplifting. I think we managed that. I hope it touches people’s spirits.”

Doogie White came to prominence after joining Rainbow in 1994, releasing the album ‘Stranger In Us All’ while with the group. He subsequently formed Cornerstone (with Steen Mogesen, ex-Royal Hunt) while also performing as part of Yngwie Malmesteen’s Rising Force (2002-7). He then joined Tank and, more recently, Michael Schenker Fest and Alcatrazz. His vocal range is rich and distinctive and he is without doubt one of the great rock vocalists of his generation.

Emil Norberg cut his teeth performing aggressive power metal and joined Persuader in 2001. He has to date released four acclaimed albums with the group that includes the current ‘Necromancy’ (2020). Long Shadows Dawn is his first foray into record production outside of Persuader.

ISLE OF WRATH
TRACKLISTING
1  Deal With The Preacher
2  Raging Silence
3  On Wings Of Angels
4  Star Riders
5  Hell Hath No Fury
6  Master Of Illusion
7  Hallelujah Brother
8  Steeltown
9  Never Wrote A Love Song
10  Where Will You Run To?
11  We Don’t Shoot Our Wounded