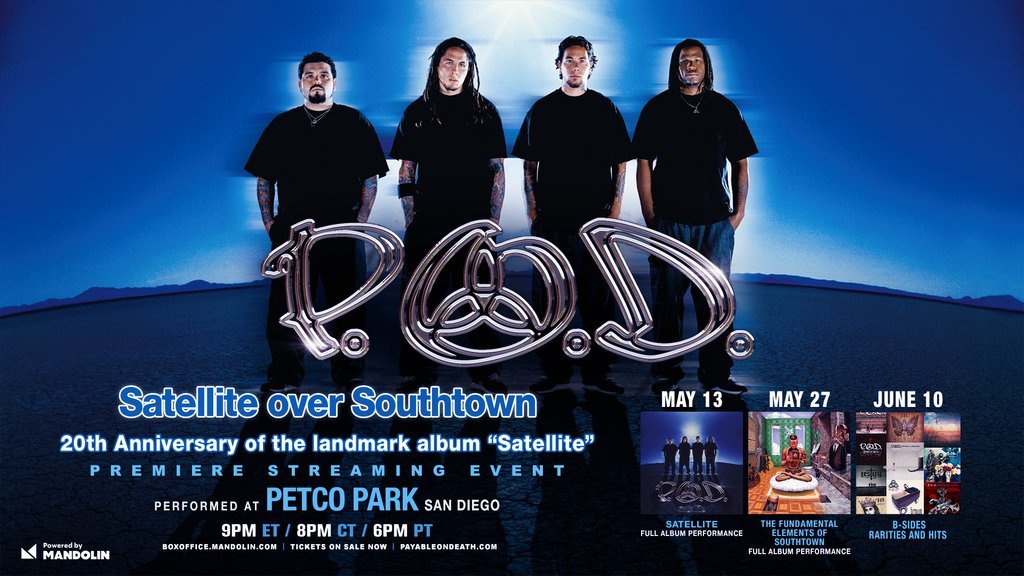 Three-time Grammy® Award-nominated rock quartet P.O.D. have announced Satellite over Southtown, a premiere streaming series celebrating the 20th anniversary of their landmark triple platinum album Satellite. Streaming from Petco Park in their hometown of San Diego, CA, the band will be performing two albums in full as well as a collection of B-Sides, Rarities, and Hits over three nights – Satellite on May 13th, The Fundamental Elements of Southtown on May 27th and B-Sides Rarities and Hits on June 10th.

Unlimited replay available for 48 hours on-demand after each performance