Lucifer Star Machine on Censorship and freedom of speech 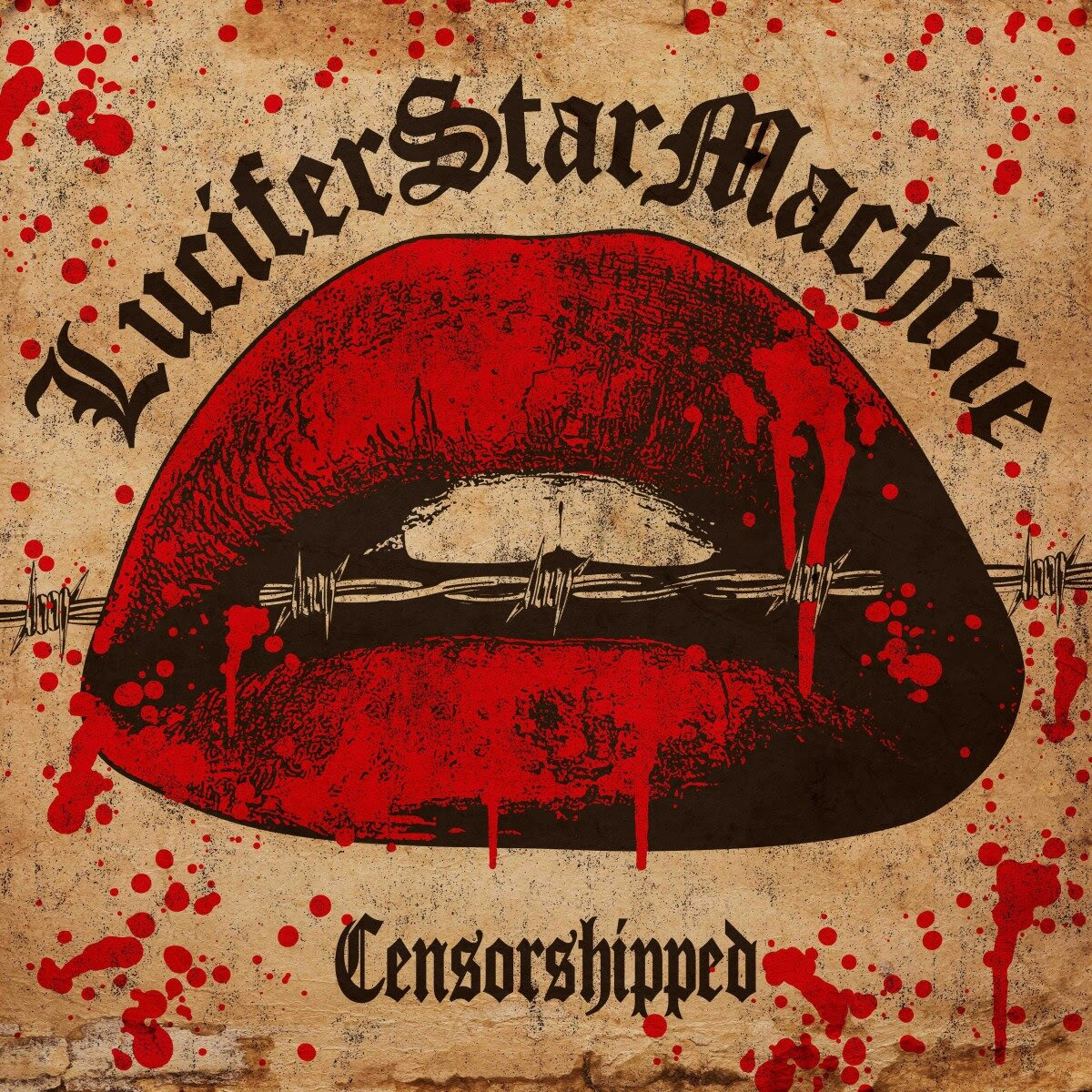 Lucifer Star Machine returns with the adrenaline-fueled single and music video ”Censorshipped”. The track is a punchy mixture of hard rock, punk, and hardcore on which the German five-piece shares their views on censorship and freedom of speech. Crushingly heavy yet sing along friendly, ”Censorshipped” is the first single leading up to Lucifer Star Machine‘s fifth studio album ”Satanic Age”, which will be released during the spring of 2023.

Tor Abyss from Lucifer Star Machine on ””Censorshipped”:
”We‘ve written this song during lockdown around 2 years ago. Musically we wanted it to be right in your face with a singalong vibe. Kinda like 90‘s Death Punk but with a modern twist. Lyrically we wanted to express our views on cancel culture and censorship in general. We live in controversial times where natural laws like freedom of speech are being put to the test constantly. It‘s important when living in a democracy, that we can endure different opinions. This is a song about the protection of liberty and individuality.”

”Censorshipped” is out now on all streaming platforms together with an animated music video made by Mike ”Fox” Foxall (The Art Of Fox). The single is released on The Sign Records. 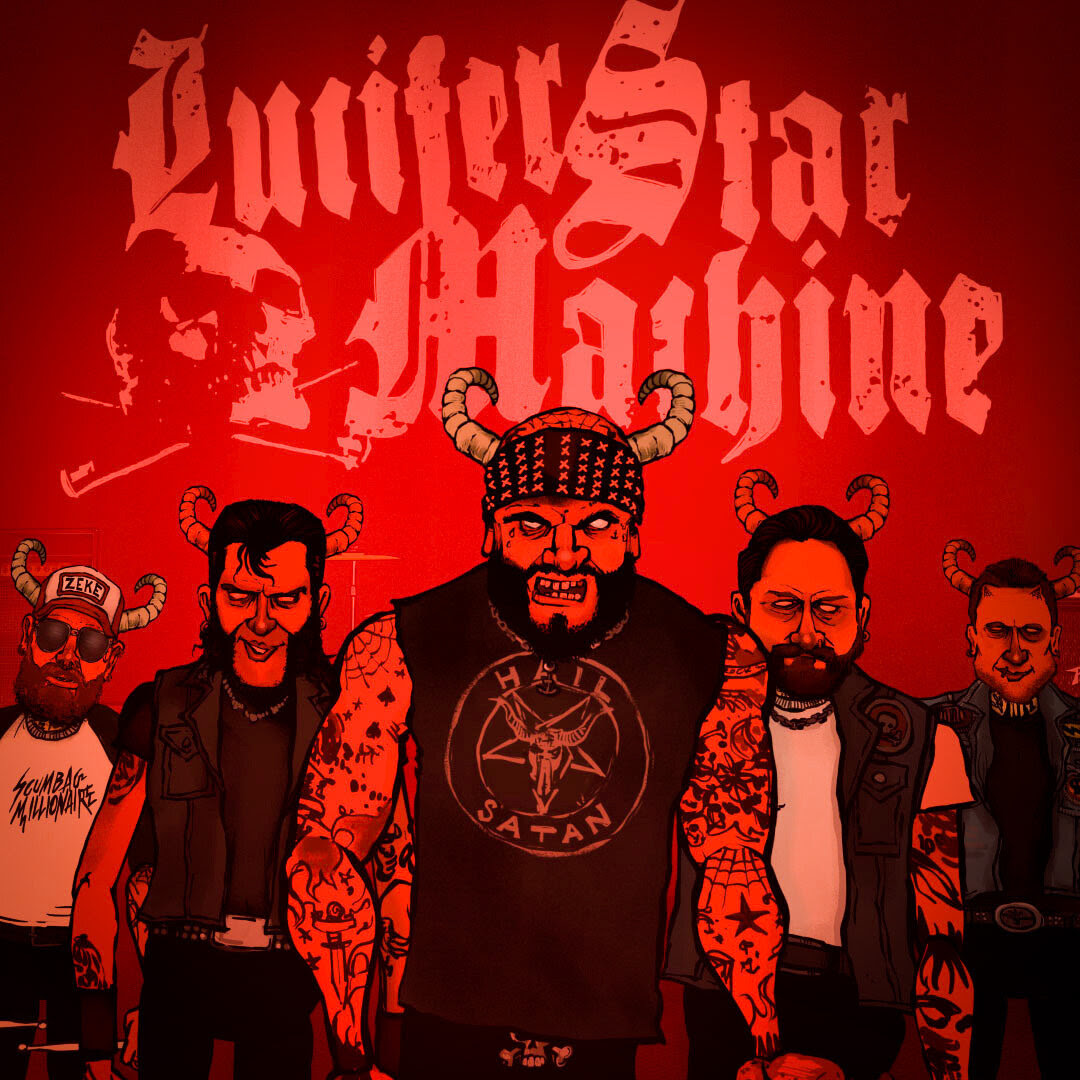 Biography
Lucifer Star Machine play fired-up Rock’n’Roll influenced by Punk and Hard Rock.
Their high energy live shows cement their reputation as a true in-your-face Hardcore Rock ‘n’ Roll act. But it is the segueing of this wanton brutality with their sense for heartfelt and catchy melodies that makes them truly stand out.

The 5-piece was founded in London, UK in 2002 and has since toured several times across Europe, sharing stages with acts like Peter Pan Speedrock, Nashville Pussy and Demented Are Go.
In 2019 the band hit the stage at Wacken Open Air, one of the world’s biggest Heavy Metal festivals, where the bill included Slayer, Body Count and Airbourne amongst others.

Lucifer Star Machine’s first single, “Death Baby”, came out in 2004 and was produced by Punk Rock legend Rat Scabies of The Damned. After two album releases on various indies, they signed with German label I Sold My Soul Media in 2013, who released their critically acclaimed third full length “Rock’n’Roll Martyrs”. The record was lauded for its authenticity and its snotty and unadorned approach.

In 2012 founder and band leader Tor Abyss moved back to his home country of Germany, whilst the rest of the band remained in England. Over time the logistics proved to be too difficult, so he decided to give the band a fresh start.

Thus, since Autumn 2014, Lucifer Star Machine is now based in Germany, with band members being located in Hamburg, Brunswick, Hanover, Fulda and Ede (NL).

Since their reformation the group has released 2 singles and an EP, which were accompanied by three videos.

The band has signed a record deal with Swedish label The Sign Records, who released the group‘s fourth album “The Devil‘s Breath” worldwide on 3rd April 2020.

During the pandemic, Lucifer Star Machine has written and recorded a new full length record, which is set to be released by The Sign Records in 2023.