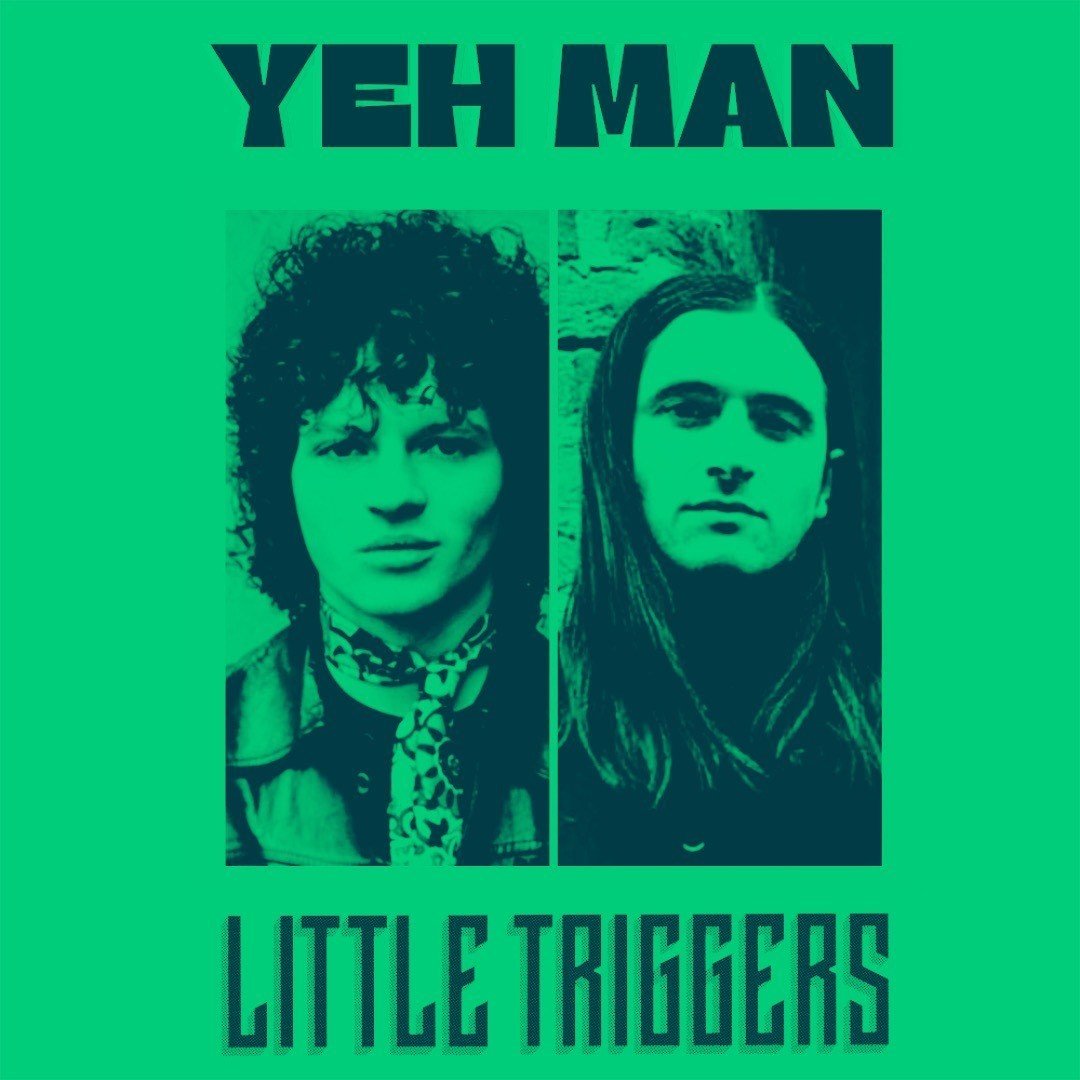 LITTLE TRIGGERS
POWERFUL ROCK TWOSOME STEP UP WITH STUNNING NEW VIDEO!
LITTLE TRIGGERS kick on again as they drop a killer new video for current single, YEH MAN, out now. Check out the music full video, here – https://youtu.be/jhQwobl4toQ .Thrilling Liverpool duo LITTLE TRIGGERS have already amassed substantial acclaim with their hard-hitting blend of riff infused rock which takes in an expansive set of influences extending from Humble Pie and the MC5 to The Hives, Wolfmother and QOTSA. Tom Hamilton (lead vocals & guitars) and Jay Radcliffe (drums & backing vocals) possess experience and craftiness that well surpasses their age. The band have already toured throughout the UK, Europe and China, and have played alongside Iggy Pop and Temples.

Ever since LITTLE TRIGGERS released their 2019 debut album, Loaded Gun, they have lit up the UK scene. As well as their initial long player, the riff rockers have also delivered a flock of successful singles, and so far the duo have secured features, reviews and Cover CD slots with Classic Rock Magazine, been playlisted multiple times by Wyatt Wendell in his Planet Rock New Rock Show, picked up several Tracks Of the Week features via Louder/Classic Rock, and obtained widespread and global airplay from Primordial Radio, BBC Introducing, HRH, and Total Rock, to name a few successes. LITTLE TRIGGERS’ streaming numbers are also very notable with Spotify adding the rock ‘n’ rollers to their All New Rock and Rock The World official playlists.

The band’s new single, YEH MAN, is another impassioned piece of gutsy modern rock ‘n’ roll which takes aim at corruption within government and by the powers that be.  Tom elaborates: “The creative spark for YEH MAN was watching the media coverage of business people who had friends in and around government who were winning multi-million pound contracts for protective equipment to support the NHS during the Covid pandemic. Yet they had no previous experience in this area of business. It was such a rip-off and done with no shame. This is the YEH MAN of the song. I also watched the storming of the US Capitol building while in the studio recording the track, and the line about “Cut the brakes, storm the gate, generate fake hate” came from that experience. We’re not an overtly political band but these things just shouldn’t be happening in a so-called civilised society.”