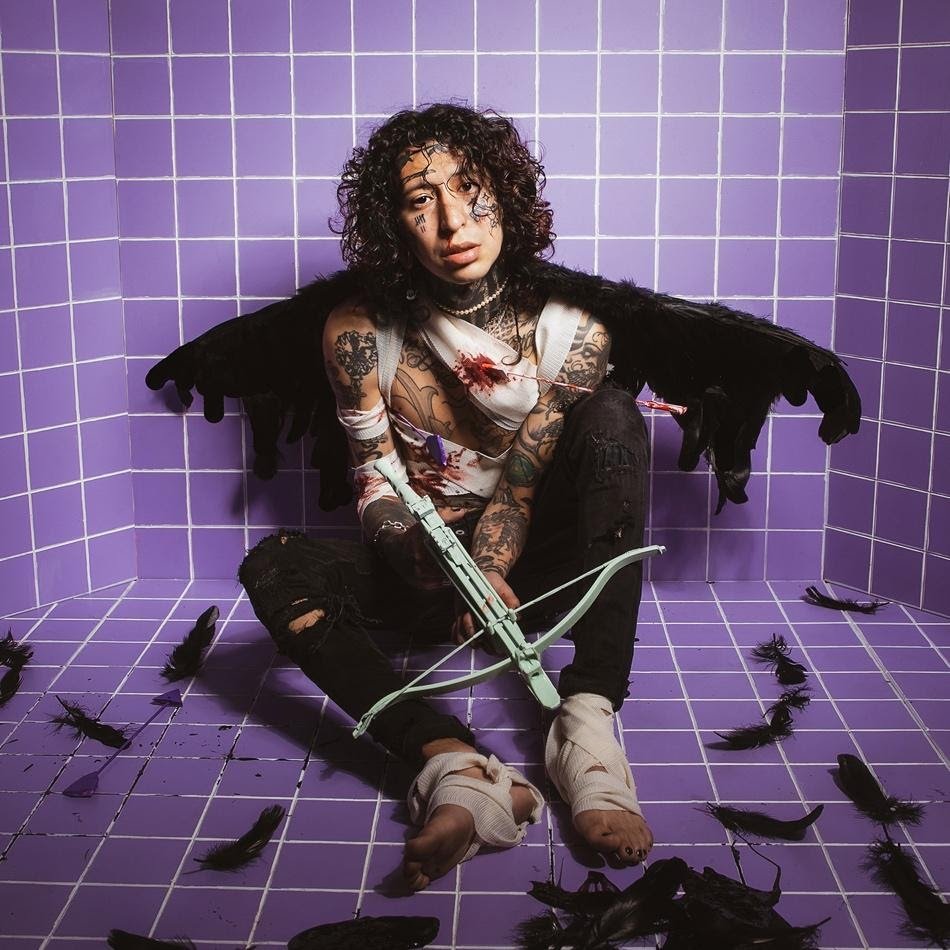 SHARES “THINK OF ME TONIGHT”

Lil Lotus shares his new single “Think of Me Tonight,” an explosive pop punk battlecry produced by the legendary John Feldmann (Blink 182, All Time Low). The track is off his forthcoming debut album ERRØR BØY out digitally August 20 via Epitaph Records.

“’Think of Me Tonight’ is one of my favorite songs on the album,” notes Lotus. “It’s funny though because it came together in about an hour. Feldmann probably worked on the track for 30 minutes, then he asked if I had anything for it. I said no, but he still told me to get in there. I did and the song came together in another 30 minutes. He said it was the fastest a song ever came together, but it turned out to be one of the sickest ones.”

Today, Lil Lotus also shares the music video for “Think of Me Tonight,” directed by Pix3lface  (PARTYNEXTDOOR, Mike Shinoda, Fever 333, Travis Barker). “This is the first Lotus video where I have a band behind me. I like having a band with me more than just doing it solo because it feels more like an experience,” Lotus adds. You can experience the video now here.

On ERRØR BØY, Lotus worked with a number of producers including John Feldmann (The Used, Panic! At the Disco, All Time Low, Blink-182), and Drew Fulk (Lil Peep, A Day To Remember, Lil Xan) to bring his pop-punk and alt-rock influences front-and-center. The album also features two tracks with pop punk legend, Travis Barker on drums.

The album was born with scars of addiction, toxic relationships, and everything else under the sun. The album is the synthesis of his best efforts and worst instincts. “ERRØR BØY is about how I’ve struggled with addiction, I’ve struggled with giving myself the credit I deserve, with loving myself, with loving the ones that love me, with not pushing people away, with not running away from people who are completely there for me,” Lotus says. That manifests in songs of romance and all its perils.

A pioneer of the alternative rap scene Lotus first emerged in 2017 with his influential Body Bag EP (featuring GothBoiClique collective members and friends Cold Hart and Nedarb). Over the last few years, Lotus has released a number of EPs (including 2020’s All My Little Scars 3-EP series) and over a dozen singles. With 30M+ streams to date, rising sadboy Lil Lotus has become known for blending confessional lyrics, pop-punk melodies and rap beats.