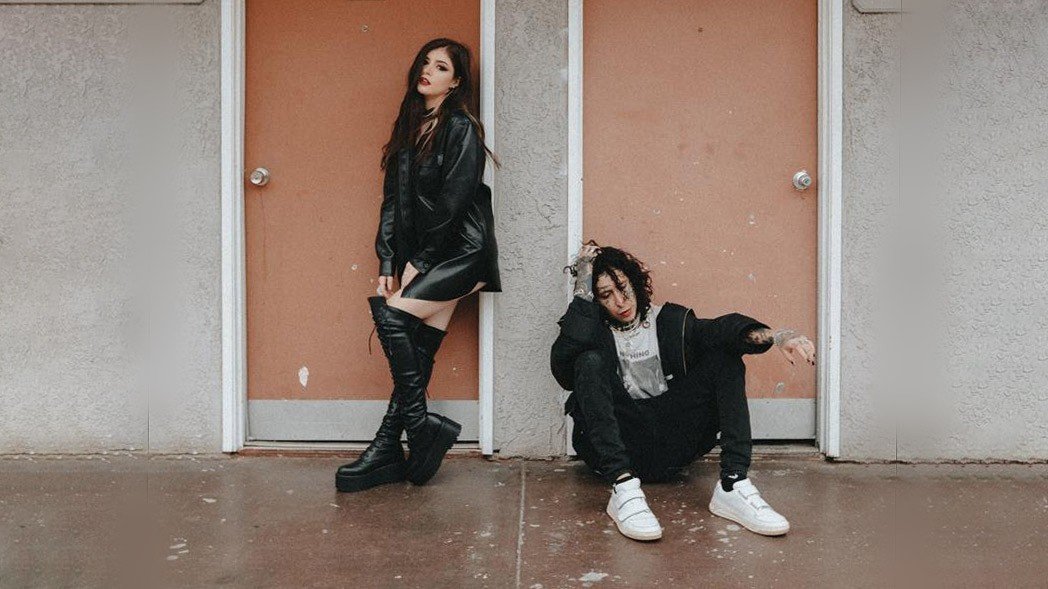 OUT DIGITALLY AUGUST 20
& ON VINYL OCTOBER 1

Lil Lotus has announced his forthcoming debut album ERRØR BØY out digitally August 20 and on vinyl October 1 via Epitaph Records.

Today, Lotus shares the infectious alternative duet “Romantic Disaster” featuring charismatic vocalist, Chrissy Costanza (Against The Current). “Me and Feldy [producer John Feldmann] were almost finished with the album and we had this one song that we felt was special but something was missing,” recalls Lotus. Per the suggestion of longtime collaborator Lil Aaron, they decided to have Costanza come to the studio. “We just work great together,” notes Lotus on their instant chemistry in the studio. “I didn’t realize the song could sound as wild as it does now until I heard Chrissy’s voice on it.”

“I’ve always loved the idea of this disastrous, chaotic kind of romance – like what you see in movies or read about in books where the two are objectively terrible for one another but the infatuation overpowers reason,” explains Costanza. “As someone who has definitely had a romantic disaster or two, I was completely drawn to the idea and was so stoked when Lotus asked me to jump in.”

The pair make great partners in crime in the music video directed by Pix3lface  (PARTYNEXTDOOR, Mike Shinoda, Fever 333, Travis Barker). “One time me and Chrissy got hungry and she wanted to go to Erewhon so we had to rob a bank,” says Lotus of how the video came to be before adding, “Kidding.” Or is he? Find out and watch the video now for “Romantic Disaster,” here.

On ERRØR BØY, Lotus worked with a number of producers including John Feldmann (The Used, Panic! At the Disco, All Time Low, Blink-182), and Drew Fulk (Lil Peep, A Day To Remember, Lil Xan) to bring his pop-punk and alt-rock influences front-and-center. The album also features two tracks with pop punk legend, Travis Barker on drums.

The album was born with scars of addiction, toxic relationships, and everything else under the sun. The album is the synthesis of his best efforts and worst instincts. “ERRØR BØY is about how I’ve struggled with addiction, I’ve struggled with giving myself the credit I deserve, with loving myself, with loving the ones that love me, with not pushing people away, with not running away from people who are completely there for me,” Lotus says. That manifests in songs of romance and all its perils.

A pioneer of the alternative rap scene Lotus first emerged in 2017 with his influential Body Bag EP (featuring GothBoiClique collective members and friends Cold Hart and Nedarb). Over the last few years, Lotus has released a number of EPs (including 2020’s All My Little Scars 3-EP series) and over a dozen singles. With 30M+ streams to date, rising sadboy Lil Lotus has become known for blending confessional lyrics, pop-punk melodies and rap beats.