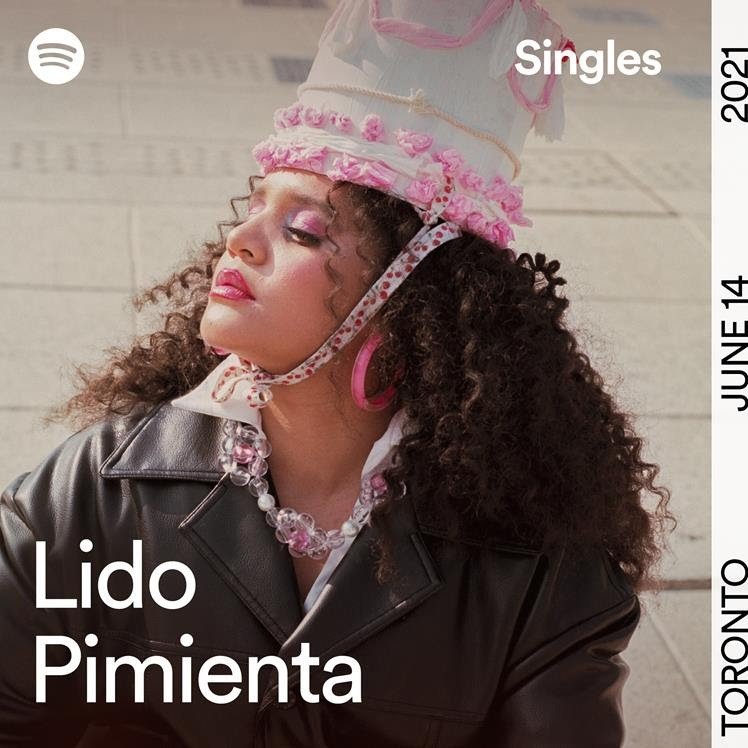 Lido Pimienta has shared her new cover of Bjork’s “Declare Independence” today exclusively via Spotify as a part of their Spotify Singles x Pride Campaign. Listen to the track HERE.

This release follows the announcement of Spotify’s Pride 2021: Claim Your Spacecampaign, which encourages the queer community to make noise, make their presence known, and make their own rules. The series of month-long activations includes Spotify’sPride Hub, Pride: Venue Playlists in partnership with queer bars and clubs around the world, Pride: Cities Playlists curated by local LGBTQQIA+ musicians, Social Share Cards, Pride Murals in Detroit, Nashville, and New Orleans — as well as donations to our key partners, queer venues, and local organizations.

Bjork’s “Declare Independence,” an ever-relevant rallying-cry for justice, holds a timely resonance for Lido for the way it touches on Colonialism in the wake of state-sponsored oppression against the people of her home country, Colombia.  Lido sings in both Spanish and English throughout, incorporating Afro-Caribbean sounds and rhythms, honoring the original classic with her own twist.

“I chose this song mainly because of the lyrics: ‘Wave your flag, raise your flag, higher higher’  and ‘don’t let them do that to you,’” Pimienta explained. “I heard this song live and I loved how all the immigrants in the audience were waving their flags. The sense of PRIDE we all felt then, I wanted to carry it through with this version, one that would honour my Caribbean roots and the camp of pride but most importantly, a message of love and revolution in togetherness and acceptance. Björk has been an inspiration to me, not only as a singer, but as a composer and producer, so this song is also a *thank you* to her for encouraging womxn like me to not be afraid to create my own sonic universe.”

Earlier this year Pimienta received her first-ever Grammy nomination as her album ‘Miss Colombia’ was nominated in the ‘Best Latin Rock or Alternative Album’ category. The album fuses electro-cumbia with pop, resulting in an album that is as fascinating as it is powerful. Its title was in-part inspired by the 2015 Miss Universe mishap in which Steve Harvey mistakenly crowned Miss Colombia, instead of Miss Philippines. It caused Lido to reflect on the anti-blackness she’s experienced. In a review broadcast on All Things Considered, NPR described the album as “a complicated ode to a country and a culture that still struggles to celebrate its black and Indigenous women.”