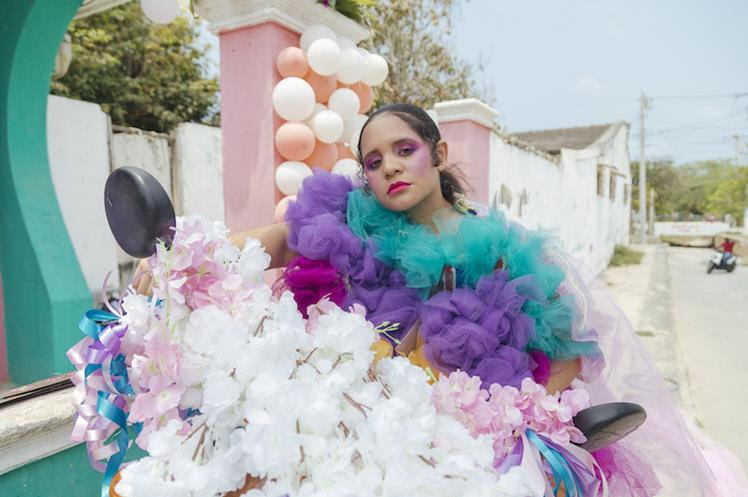 Today the Colombian-born, Toronto-based global beats trailblazer Lido Pimienta will premiere The Road to Miss Colombia, a new documentary that chronicles the elaborate and thoughtful production of her 2020 sophomore album Miss Colombia. It will debut at 1 pm ET today via YouTube. Watch it here: The Road To Miss Colombia

“This doc is the culmination of six years of work,” Pimienta explained. “I knew Miss Colombia was going to be an important body of work for me, and reveal a lot about my life, but what I didn’t quite know back then was the HOW. Now I can sit back knowing that I have an homage to my place of birth, a reconciliation. Everyone that took part in the process can know that we honored Miss Colombia, and now I can move on and kiss it goodnight!”

Additionally, Lido Pimienta has been nominated for her first Grammy in the category of Best Latin Rock or Alternative album for Miss Colombia. Miss Colombia is rich in historical significance, and includes appearances from Bomba Estéreo’s Li Saumet on “Nada” and an interlude by Rafael Cassiani Cassiani, the bandleader of Palenque’s Sexteto Tabala. Cassiani is from San Basilio de Palenque, the oldest surviving town founded by freed Africans who had been enslaved in the Americas.

In collaboration with YouTube Music under the umbrella of its Foundry global artist development program, Pimienta is hosting a livestream performance on the Lido Pimienta Official YouTube Channel on December 15 at 4 PM ET. Through YouTube Giving’s “Donate” button which is located in the top right-hand corner of the livestream watch page, fans will be able to help raise funds for the Texas Civil Rights Project.

Upon its release in April, Miss Colombia was met with an 8.0 from Pitchfork, 4 out of 5 stars from Rolling Stone, Album of the Week by Stereogum, named one of the best albums of the year (so far) by Billboard, and an NPR Music First Listen and Top Album of April. The album fuses electro-cumbia with pop, resulting in an album that is as fascinating as it is powerful. Its title was in-part inspired by the 2015 Miss Universe mishap in which Steve Harvey mistakenly crowned Miss Colombia, instead of Miss Philippines. It caused Lido to reflect on the anti-blackness she’s experienced. In a review broadcast on All Things Considered, NPR described the album as “a complicated ode to a country and a culture that still struggles to celebrate its black and Indigenous women.”

“Pimienta defies the norm of relations and individualism” – Billboard

“Pimienta’s effort is a taxonomy of love and oppression disguised as love, and it demands a more just world” – NPR Alt Latino

“The great promise of ‘Miss Colombia’, and of her new leadership in a predominantly white scene, is that brown girls will hear it and be inspired to surge to the front.” – Pitchfork