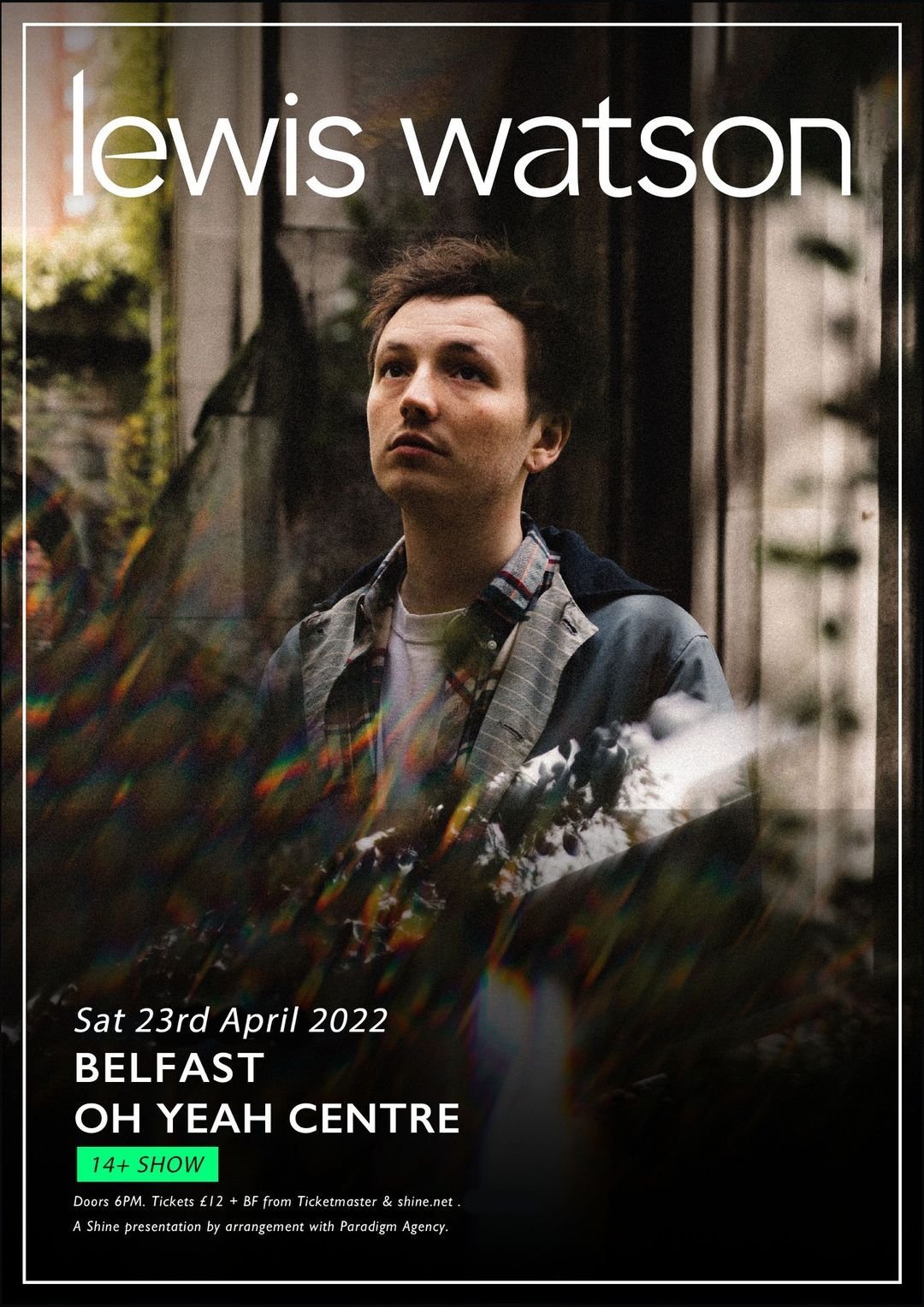 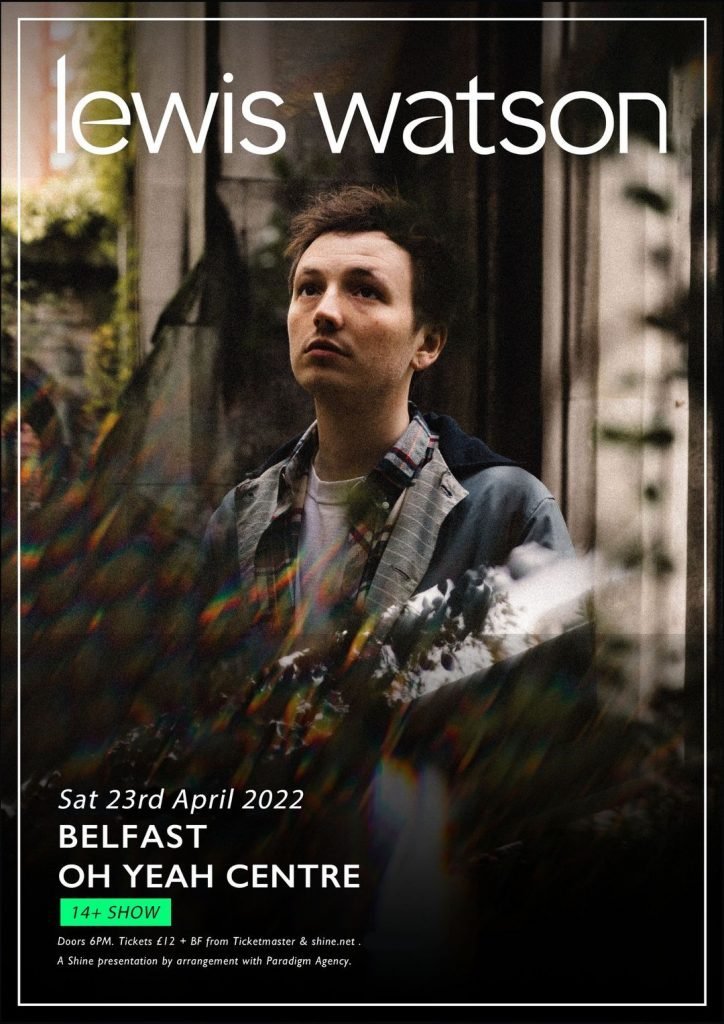 Oxfordshire born singer-songwriter Lewis Watson is pleased to announce a headline Belfast show at Oh Yeah Centre on Saturday 23rd April 2022. His most recent album ‘the love that you want’ was released in May 2020 on the Cooking Vinyl label.

Recorded over the course of a year with producer/engineer Richard Wilkinson (Bombay Bicycle Club, Lianne La Havas, Honne) at his studio in Tufnell Park, ‘the love that you want’ is the confident sound of a duo working at the top of their game, pushing each other to create a truly special album that should take the highly successful yet somewhat still undiscovered Oxford musician to much broader audience. Aside from the strings, Lewis and Richard play every instrument on the album.

“Richard and I worked on this album for over a year, so I’m itching for somebody other than us two to have a listen,” says Lewis. “I feel like it’s my best songwriting to date, and we’ve taken things a level up sonically too. We spent a lot of time making sure that every song has an interesting palette and textural depth.”

Co-written by Iain Archer , the album’s lead single ‘spark’ is about those special relationships that somehow slip through our hands. “We wrote ‘spark’ a few years ago and it was a challenge to make it work with the new sound, but I love the outcome,” comments Lewis.

Lewis self-released his debut EP ‘it’s got four sad songs on it’ as a teenager in 2012. Following four equally successful EPs he released his Top 40 debut album ‘the morning’ in 2014, touring the record all over the world as a headliner and supporting artists including Coldplay and Kodaline. After taking some much-needed time out, Lewis released his sophomore album ‘midnight’ in 2017. His first album with Cooking Vinyl, ‘midnight’ saw Lewis shifting from his acoustic beginnings to a richer, more expansive sound, a journey that continues with ‘the love that you want’.

Lewis has received over a quarter of a billion streams across his catalogue and has built a truly global following. The sold-out ‘midnight’ tour took in 150 shows campaign across the UK, US, Australia and Europe and Lewis has headlined London Shepherds Bush Empire, NYC Bowery Ballroom, and LA Troubadour, He has collaborated with Lucy Rose, Gabrielle Aplin, 5 Seconds Of Summer, Dodie and Guillemots, and has acquired numerous high-profile fans including Lewis Capaldi, Camilla Cabello and Chloe Moretz.